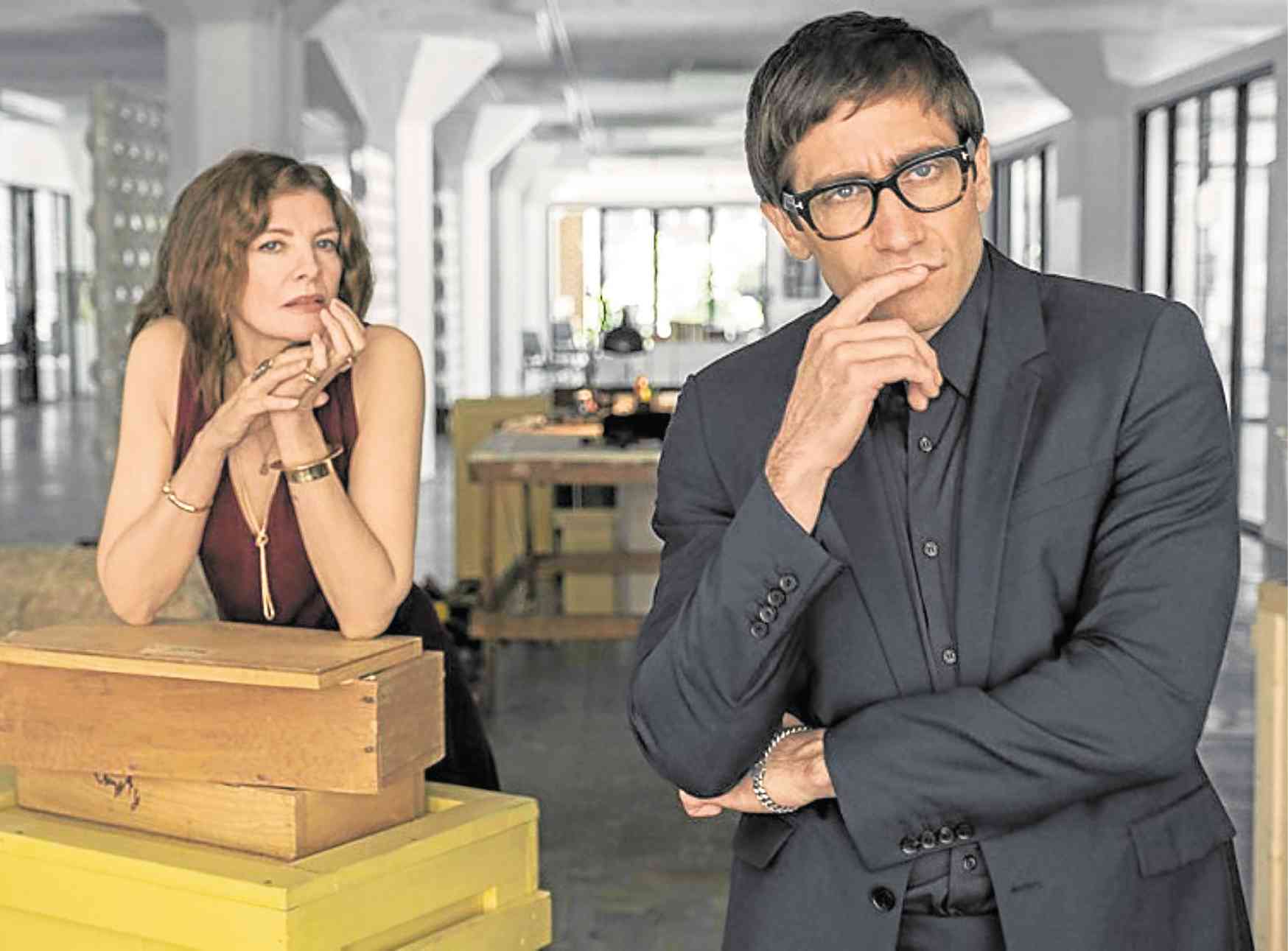 Art literally attacks in “Velvet Buzzsaw,” a timely satirical horror film that explores and parodies the eccentricities of the art world.

Life changes drastically for Josephina (Zawe Ashton), a young British woman working at Haze Gallery in Miami after she steals the visionary paintings of an old neighbor who just died.

Contacting her friend-turned-lover, the scathing art critic Morf Vanderwalt (Jake Gyllenhaal), Josephina hopes to establish herself on the local scene with the purloined works of the dead artist, who had no family or friends to inherit them.

But her boss, Rhodora Haze (Rene Russo), discovers her half-baked plan and pressures her into cutting a deal—and the artworks are showcased in the “ex-anarchist’s” gallery in no time. Rhodora happens to be a member of a punk band, Velvet Buzzsaw, in her younger days.

Morf looks up information on the deceased artist and discovers abuse in his childhood, scenes of which are depicted in some of the paintings.

But, eventually, those who profit in some way from the pieces get inexplicably and gruesomely attacked—by artworks that have come to life.

Written and directed by Dan Gilroy, the Netflix original wryly and insightfully presents the art scene as fiercely competitive and pretentious, poking fun at its floundering characters as much as the creations that supposedly capture the minds of its self-deluding audiences.

It strikes a balance between peculiar and disturbing, channeling a David Lynch vibe at first, but ultimately evolves into a more disconcerting Wes Craven slasher-fest mind-set.

It’s an interesting cast: Gyllenhaal fascinates in the role of an effeminate bisexual man, whose brutal reviews literally come back to haunt him (as maddening soundbites, in a clever scene).

Also in memorable role is Toni Collette as the demanding art curator, Gretchen. And adding to the eccentricity is John Malkovich, playing an artist fascinated with the dead genius’ paintings.

Almost hypnotic in its joint exploration of sexuality, aesthetics and greed, the film falls into some storytelling traps and mimics horror flick formulas, lessening the impact of its bizarre revelations.

But this modern-day parable-cum-cautionary tale still offers a taut, thinly veiled allegory to flawed starmaking machineries in other industries, as well.