Review: ‘Men in Black’ returns, a little worse for wear 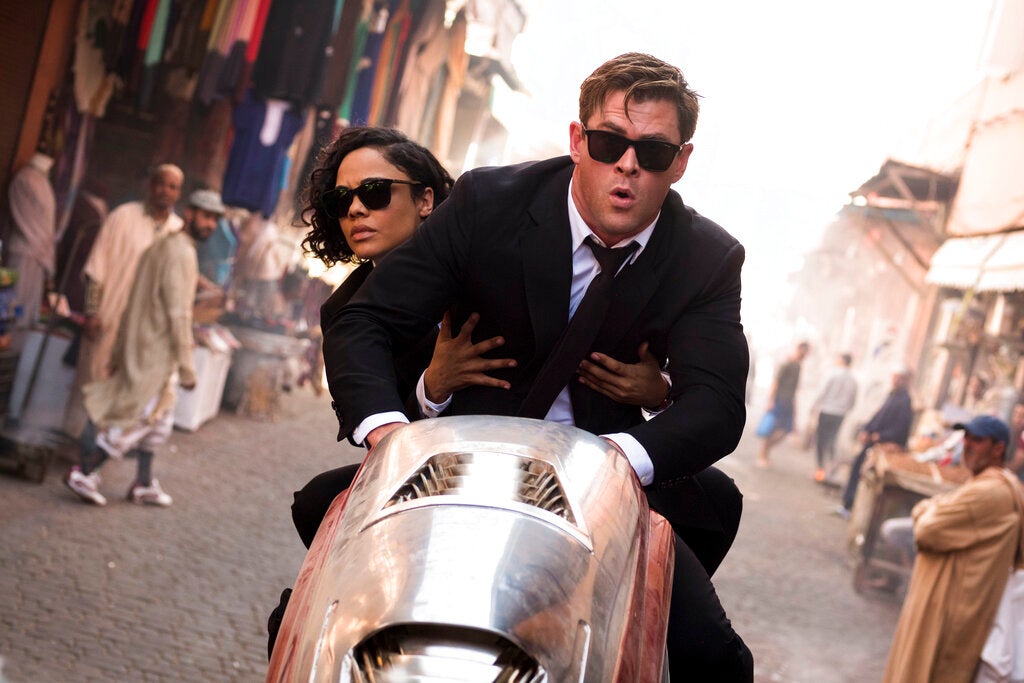 Would any fictional gadget be more coveted by Hollywood executives than the memory-erasing “Men in Black” neuralyzer? Imagine the lucrative benefits of being able to, with a single flash, make moviegoers forget the film they just saw. Franchises would be endlessly renewable. IP could last forever.

Instead, we get film series perpetuated beyond their natural end with the hope that you remember them enough to get you in the door but not enough that you’re much bothered by regurgitated storylines. To be honest, I don’t recall much from the first three “Men in Black” films, all by Barry Sonnenfeld, except the original’s light wit, the fine chemistry between the leads, Will Smith and Tommy Lee Jones, and the likable premise that aliens walk among us.

The new “Men in Black: International” is the fourth film in the franchise and one of those reboot-sequel-spinoff hybrids. Exactly how it connects to the previous three movies is only so relevant, I suspect, in the hearts of its makers. It’s just another one.

This time, F. Gary Gray, coming off another never-ending franchise (“The Fate of the Furious”), takes over as director. Subbing for Smith and Jones are Tessa Thompson and Chris Hemsworth, who already tried out their rapport together in “Thor: Ragnarok.”

The movie is, unsurprisingly, a pale reflection of the first “Men in Black.” It’s bland and nearly neuralyzer-level forgettable. Its target market (international) is right there in the title.

But it has a few things going for it. In the 22 years since the original, the fate of the world has, at the multiplex, hung in the balance roughly a billion times. But I still prefer the “Men in Black” mode of impending Armageddon to the more self-serious superhero rescues. Here, it’s routine, happens all the time, nothing much to worry about. The end of the world is a breeze.

And I also can’t get my ire up too much at a film that gives ample room for Thompson and Hemsworth to be what they are: top-notch movie stars. “Men in Black: International” doesn’t rekindle the original’s fun, but it makes for a minimally sufficient summer diversion since it at least uses its flood of special-effects not to drown out its leads but to elevate them.

Thompson plays Molly, a young paranoid who has been on the lookout for alien life forms since she was visited by a cuddly extraterrestrial as a child and managed to elude the neuralyzer. Through cunning and pluck, she tracks down a Men in Black headquarters and talks her way into a job after convincing Emma Thompson’s Agent O, a holdover from 2012’s “MIB3.”

An eager new recruit, dubbed Agent M, Molly quickly partners with one of the agency’s top men, Agent H (Hemsworth), an arrogant but decorated agent whose swoon-worthiness extends to, it would seem, all the species of the universe. He’s the most trusted agent of the organization overseen by High T (Liam Neeson).

But the Men in Black have a mole, they soon learn, and a strange new shape-shifting foe presently in the form of Laurent and Larry Bourgeois. For anyone who’s seen Beyoncé’s “Homecoming,” the dancing identical twins are suitably out-of-this-world. They are lethal emissaries for an intergalactic force known as the Hive, even if the twins’ Queen B is sadly nowhere to be seen.

The action skips around between Paris and London and Marrakech, but the film gets a comic lift when Kumail Nanjiani enters as the voice of a strange little chess board creature named Pawny who pledges his devotion to Agent M.

The plotting is clunky and haphazard. But when together, Thompson, Hemsworth and Nanjiani turn “Men In Black: International” into something funny and silly: a pleasant enough lark in formal wear.

“Men in Black: International,” a Sony Pictures release, is rated PG-13 by the Motion Picture Association of America for sci-fi action, some language and suggestive material. Running time: 120 minutes. Two stars out of four.