MANILA, Philippines – Teen comedian Awra Briguela apologized to BLACKPINK fans after receiving flak for supposedly poking fun at Jennie, one of the group’s members,  during their recent Manila visit. 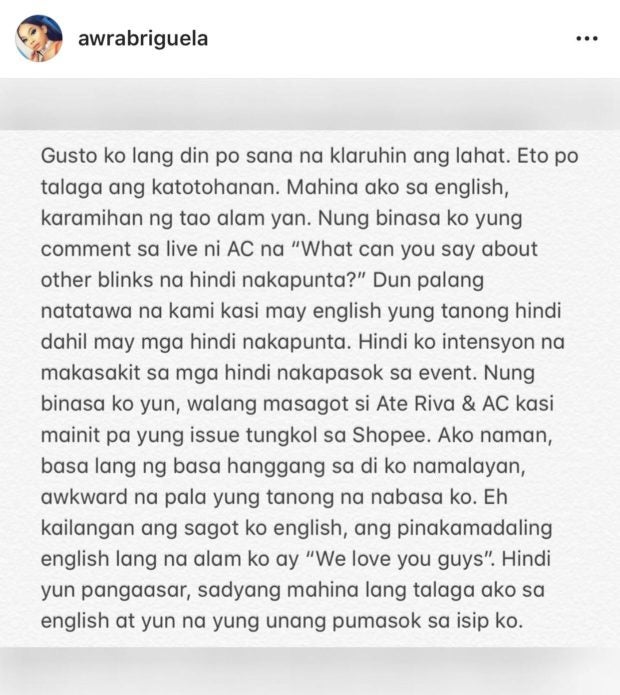 Briguela took to Instagram over the weekend to clarify that some fans may have misinterpreted what he said because of his lack of English language proficiency. 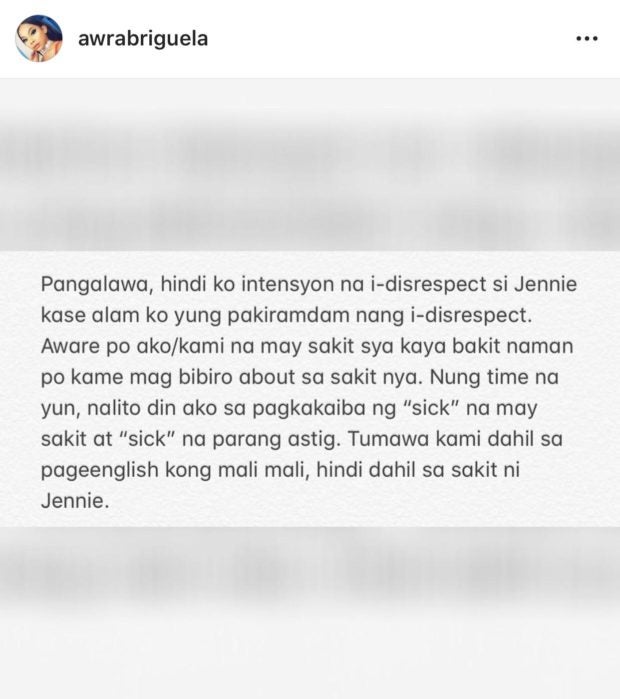 Briguela, alongside dancer AC Bonifacio and GirlTrends member Riva Quenery, were criticized for supposedly laughing at the BLACKPINK member who was not feeling well during a meeting with fans. 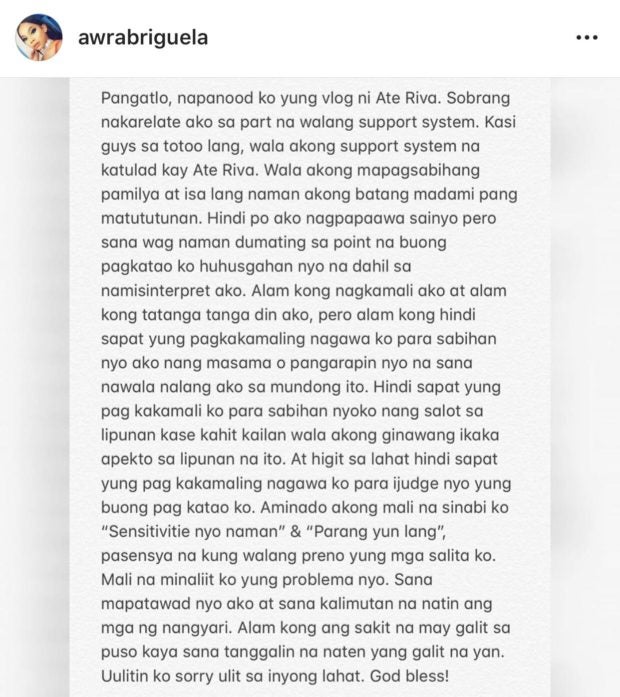 The three went live via Instagram and answered questions from fans. One netizen asked about the event and Briguela said the meet and greet was “sick.”

Quenery then chimed in and said “sick like Jennie,” which drew laughter from Briguela and Bonifacio.

Meanwhile, BLACKPINK’s meet and greet event was met with controversy after fans claimed they were scammed by  online shopping platform Shopee.

Shopee has since apologized, but the Department of Trade and Industry (DTI) said it was already conducting an investigation. (Editor: Gilbert S. Gaviola)