LOS ANGELES — Michael B. Jordan told the men known as the Central Park Five Friday that he cannot watch footage of the new series “When They See Us” without getting emotional and feeling like as a young black man he too could have faced a similar ordeal. 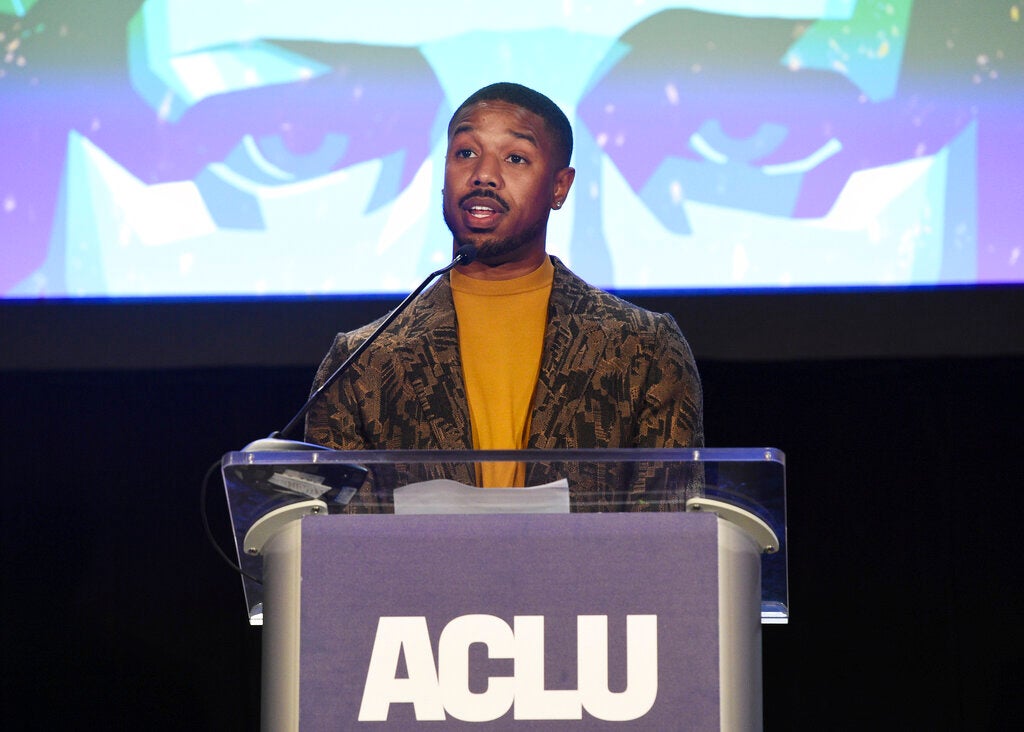 “It’s dangerous in America when you’re living in a black body,” Jordan said.

Jordan praised the men — Yusef Salaam, Antron McCray, Kevin Richardson, Raymond Santana, and Korey Wise — for their perseverance and courage during a luncheon in which the American Civil Liberties Union of Southern California honored Netflix’s series about their case. 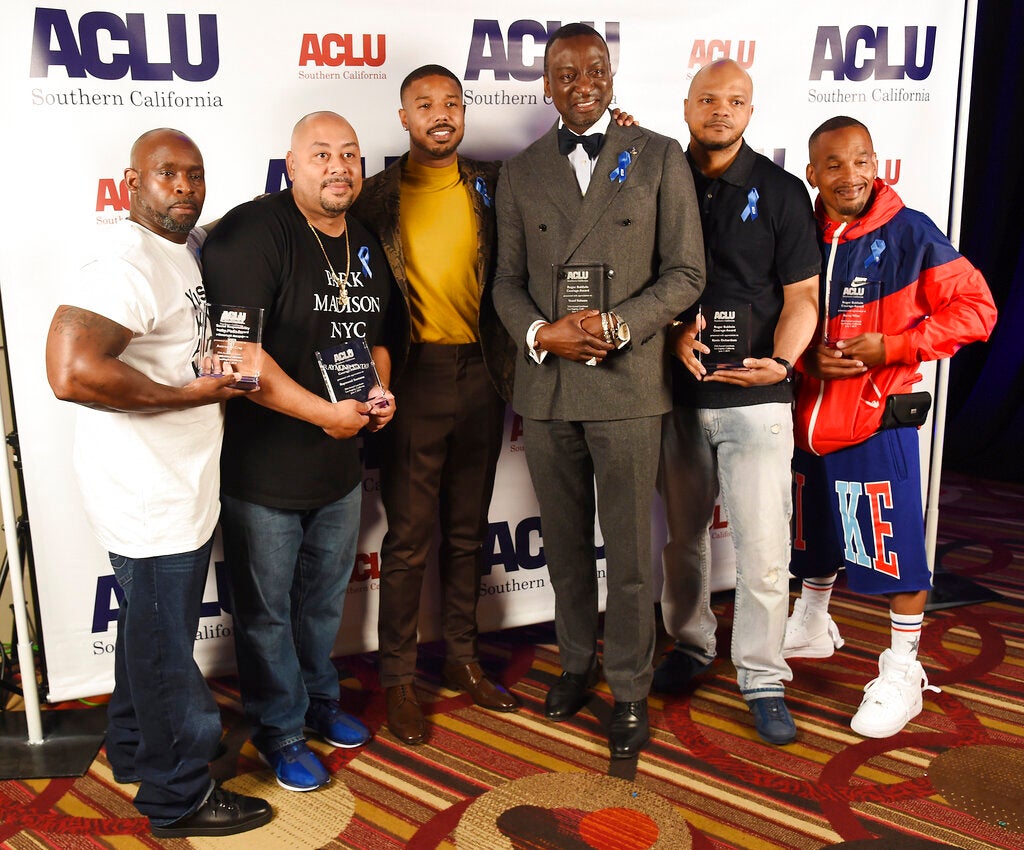 “The whole time that these men were incarcerated, they never changed their story,” he said. “They insisted of their innocence even as they did their time.”

Salaam cried as he accepted an award on behalf of series creator Ava DuVernay.

“I’m not ashamed to cry in front of you,” Salaam said after a moment of silence as he reflected on how he and the other men were “just boys” between the ages of 13 and 16 years old when they were wrongfully convicted. 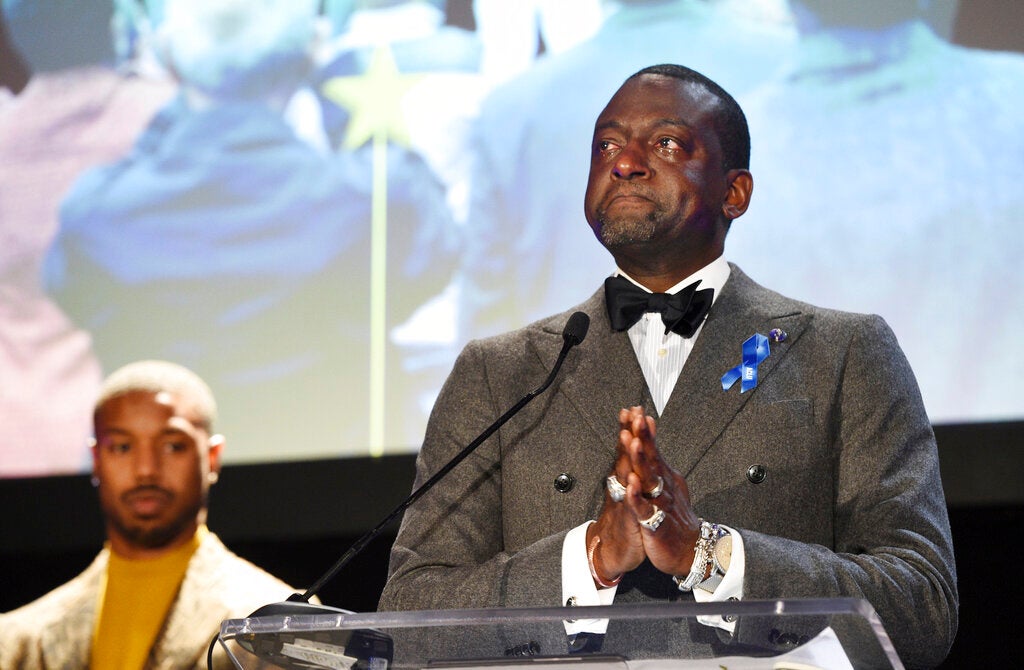 Honoree Yusef Salaam, right, becomes emotional as he addresses the audience at the ACLU SoCal’s 25th Annual Luncheon at the JW Marriott at LA Live, Friday, June 7, 2019, in Los Angeles. Looking on at left is presenter Michael B. Jordan. Image: Chris Pizzello/Invision/AP

“Our story is a story of an egregious miscarriage of justice,” he added.

Jordan hugged Salaam, who also spoke on behalf of the five men.

“That’s courage,” said Jordan, whose performances have ranged from his acclaimed portrayal of a young black man killed by a police officer in “Fruitvale Station” to the vengeful Erik Killmonger in “Black Panther.”

Salaam and the rest of the Central Park Five were exonerated in 2002 after being charged with the 1989 rape of a white woman in New York’s Central Park. They received a standing ovation while accepting the ACLU chapter’s inaugural Roger Baldwin Courage Award. Baldwin was one of the ACLU’s founders and its first executive director.

“When They See Us” isn’t Hollywood’s first attempt to recount the story of the Central Park Five’s wrongful conviction, but it has sparked a renewed interest in the details of the case.

Hector Villagra, executive director of the ACLU of Southern California, said DuVernay refocused the narrative on the humanity of the five men and it has shone a new light on a widely known case 30 years later.

The series has re-ignited outcry about how the case was handled. Linda Fairstein, the Manhattan sex crimes prosecutor who observed the teenagers’ interrogation, has faced backlash for her role in their conviction. Fairstein has already resigned from at least two nonprofit boards as backlash intensified and a #CancelLindaFairstein movement spread on social media.

Shortly before the men accepted their award, Fairstein was dropped by her book publisher in the face of the increasing criticism. Villagra said that he thinks it’s fair that Fairstein be judged for her actions, even decades later.