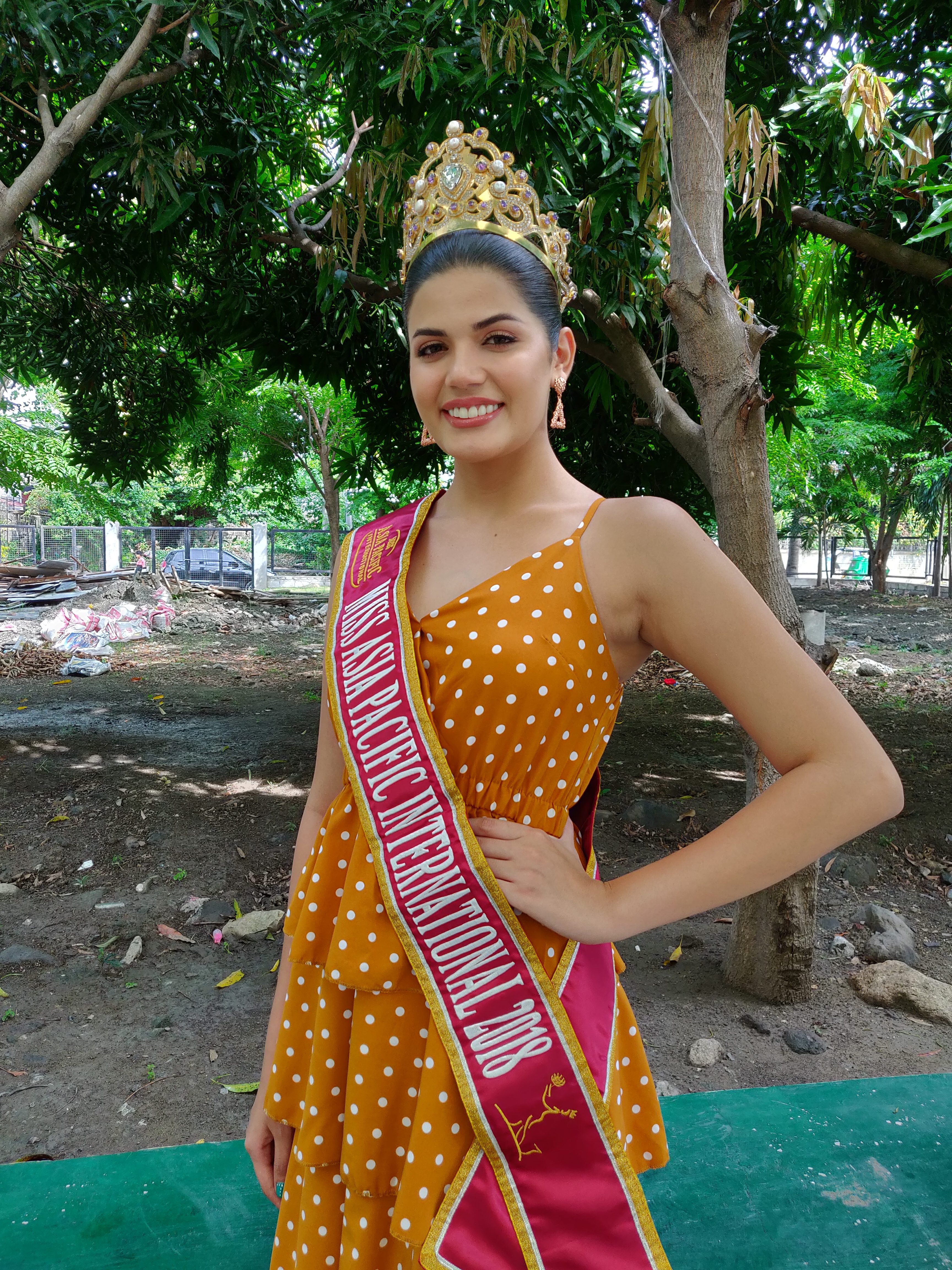 MANILA, Philippines — Two years after the clashes that crippled Marawi City, a Muslim beauty queen from Mindanao is urging those who were displaced by the fighting to remain steadfast, and hope for peace in the future.

“They should be resilient and vigilant in what’s happening in our country,” reigning Miss Asia Pacific International Sharifa Areef Mohammad Omar Akeel told the Inquirer when asked about her thoughts on the second anniversary of the attack on Marawi City by Islamic State-inspired militants.

The Sultan Kudarat beauty, the fifth Filipina and first Muslim to win the Miss Asia Pacific International crown, talked to the Inquirer on the sidelines of her speaking engagement with young scholars in Parañaque City late last month. Inquirer was the only media organization invited to cover the event.

Akeel said she does not personally know anyone who was displaced by the siege, because her hometown of Lebak is miles away from Marawi City. But she wants to tell the people of Marawi to “not allow war to prevail, and fight for peace.”

She advocated peace education during her quest for the Mutya ng Pilipinas crown, which brought her to the Miss Asia Pacific International stage last year.

Akeel, who holds an education degree from the Notre Dame of Salaman University, also asked government to assure people that they are safe in their homes.

The beauty queen is taking advantage of her new platform as the face of the Filipino Muslim community, and continues to inspire others with her own story of resilience and acceptance.

“Looking back, I never would have thought that I would be here standing in front of all of you to talk about the value of individuality, and to share with you my own personal struggles,” Akeel told the scholars supported by the Advocates for Children and Elders International Philippines Inc. (ACEIPI). 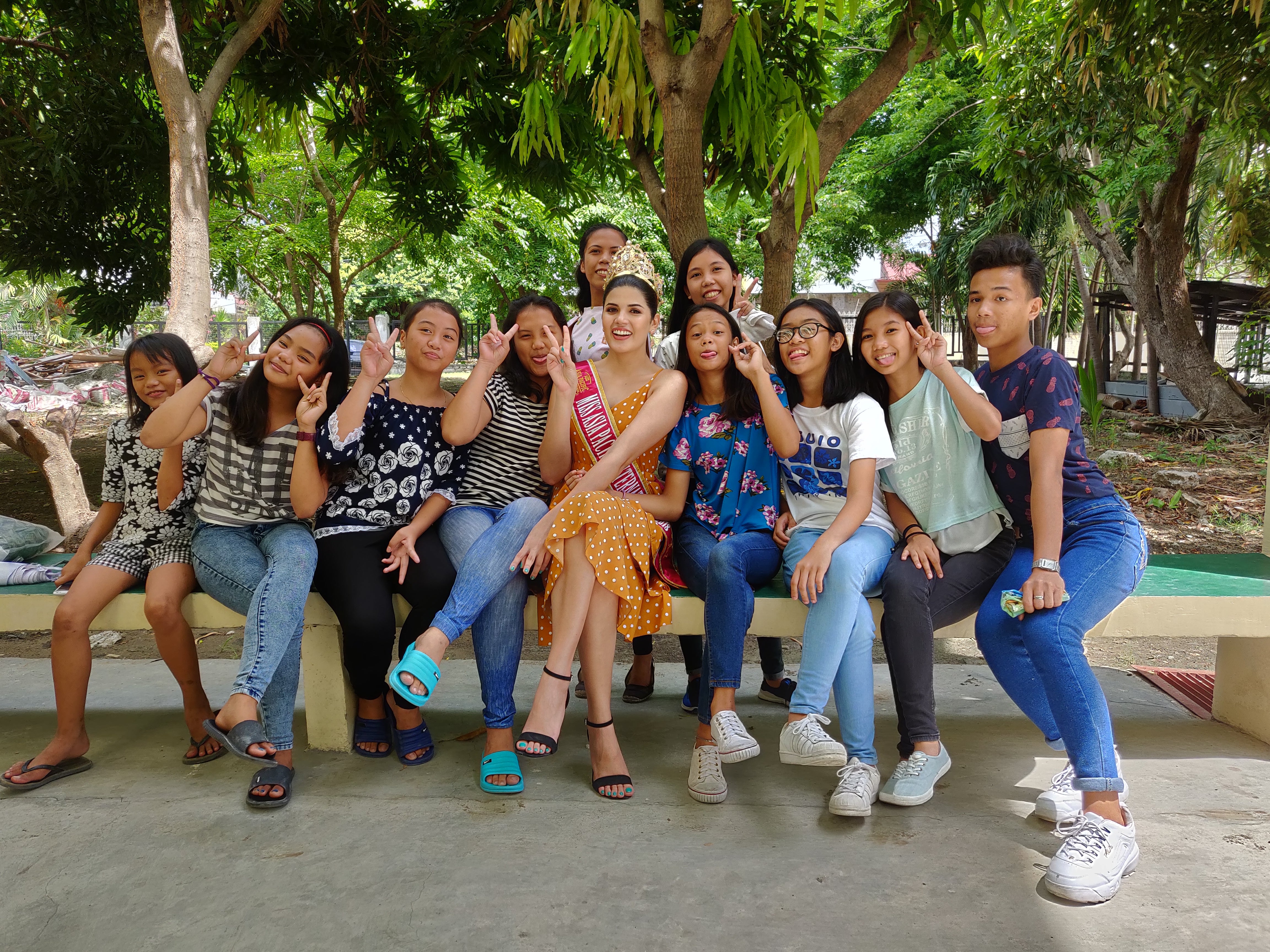 Around 35 high school, senior high school, and college students joined the forum, which is part of the “Gabay Aral 2019” Personal Wellness Weekend mounted by the Junior Chamber International (JCI) Manila at the United Parañaque Subdivision 5 covered court, in partnership with ACEIPI.

The foundation, which was founded in 2005, has already produced more than 50 college graduates, all gainfully employed and now able to give back to their own families and the group itself.

ACEIPI president Virginia Bruce said JCI Manila had been with her “since the start.” She currently hosts over 100 scholars from grade school to college.

During her talk with some of ACEIPI’s scholars, Akeel shared her humble beginnings as a child being raised by a single mother, who had to leave the country and work overseas.

“I still live in a nipa hut. I finished grade school without ever owning a pair of shoes or nice clothes. I chose to work in the rice fields and picked unmilled rice grains so we’ll have something to eat. We had nothing, but I had a dream,” she shared with the students.

Armed with the determination to earn her diploma, and finally being able to provide for her family’s needs, Akeel told the students that she did not give up, even when the odds were stacked against her.

Her life took an interesting turn in 2016 when she was tapped to join the Mutya ng Lebak pageant, which she eventually won and paved the way for her coronation as Mutya ng Sultan Kudarat. She also topped both the regional and national searches for Miss PRISAA (Private Schools Athletic Association).

Her supermodel dreams got sidetracked by the pageant journey she had taken. And now as an international beauty titleholder, Akeel savors every opportunity to share her story with as many people as possible.

“I will continue to take speaking engagements for the remaining months of my reign, because I believe I can change lives with my story. I still want to do this even after my reign,” the aspiring teacher said.

In her recent talk, she taught her audience to “respect yourself, respect others, and rewrite your story.”

Akeel also told the scholars to “make your heart the most beautiful thing about you.” (Editor: Mike U. Frialde)