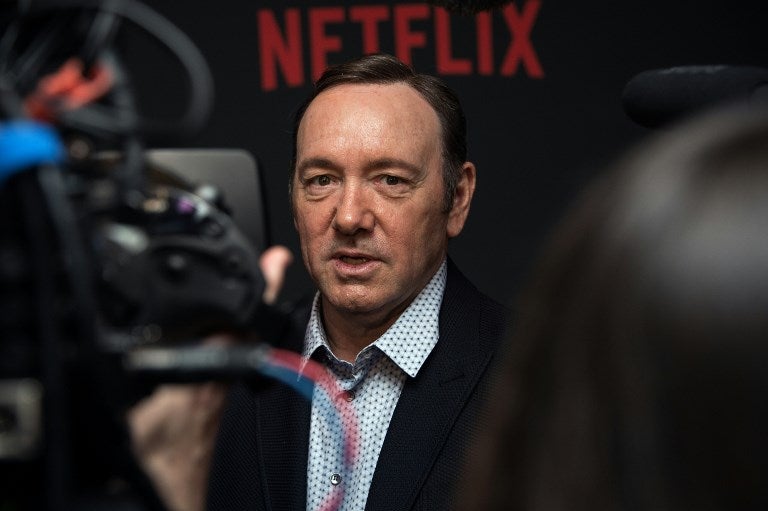 Kevin Spacey pleaded not guilty in January to a charge of indecent assault and battery. Image: AFP PHOTO / Nicholas Kamm

BOSTON — The man who accused Kevin Spacey of groping him at a bar in 2016 deleted text messages that would support Spacey’s claims of innocence, the actor’s lawyer said in court documents filed Friday.

Defense attorney Alan Jackson is urging the court to order prosecutors to hand over a “complete and unaltered” forensic copy of the accuser’s cellphone. He is also accusing prosecutors of trying to conceal that they had been in possession of the man’s cellphone since November 2017.

“Newly produced evidence confirms” that the accuser “deleted exculpatory text messages and provided falsified screenshots of his conversation from the night in question to law enforcement,” Jackson wrote.

The accuser “has gone to great lengths to remove text messages he believes did not fit his narrative. The prosecution is aware of this and hid that information from the defense,” Jackson wrote.

Spacey pleaded not guilty in January to a charge of indecent assault and battery. His lawyers have called the accusation “patently false.”

It’s the only criminal case that has been brought against the 59-year-old Oscar winner since his career fell apart amid a flurry of sexual misconduct allegations in 2017.

The case first came to light that year when former Boston TV anchor Heather Unruh said Spacey got her son drunk and sexually assaulted him at Nantucket island’s Club Car restaurant and bar, where the teen worked as a busboy.

Spacey’s attorney says it appears the accuser deleted certain messages between him and his then-girlfriend from his phone before sending screenshots of conversations to an officer investigating the case back in November 2017.

Messages from a screenshot of a group text between the accuser and several of his friends that was sent to the officer have not been turned over to the defense, Jackson says.

Spacey’s lawyer is also challenging the impartiality of the district attorney’s office after a top prosecutor in the office disclosed that his sister is friends with Unruh. Jackson is asking for all communications made about the case by First Assistant District Attorney Michael Trudeau, who said his sister shared a ski house with Unruh for years.

“The prosecution’s bias and apparent advocacy for the complaining witness, rather than the even-handed pursuit of justice, is perhaps best evidenced by the Commonwealth’s decision to withhold” the accuser’s cellphone information, Jackson wrote.

Cape and Islands District Attorney Michael O’Keefe told The Boston Globe that he hadn’t read the filings and couldn’t comment on Jackson’s allegations.

“If the defendant wasn’t who he is, no one would care about this case,” O’Keefe told the newspaper.

A spokeswoman for the prosecutors’ office said it asked Spacey’s lawyers to agree to a protective order because of privacy concerns before turning over data downloaded from the accuser’s cellphone, but the defense has not yet done so.

Another pretrial hearing in Spacey’s case is scheduled for Monday. The judge has ordered the Club Car by Monday to turn over any surveillance footage taken the night the man says Spacey groped him. NVG