A Kris Aquino impersonator on “Wowowin” got the Queen of All Media’s accent and tone nearly down to a T, so much so that Aquino was wowed herself. 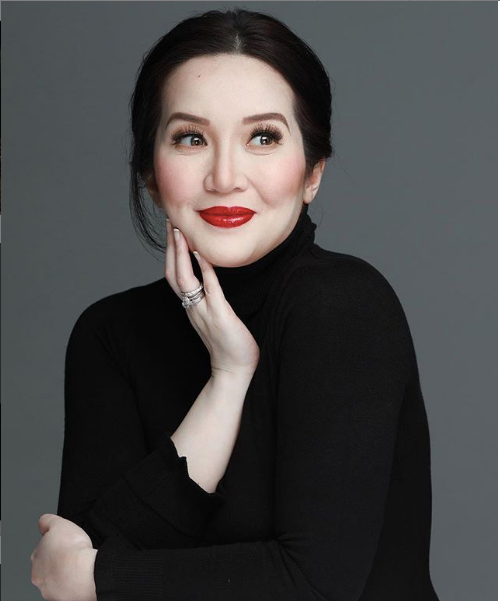 The variety show hosted by Willie Revillame featured Chino Liu who expertly spoke like Aquino on the episode that aired on Tuesday, May 21. Liu gained internet fame in a video where he imagined celebrities’ voices giving directions on navigation app Waze.

During the segment, he said he hoped to meet Aquino and got what he wished for. Revillame called up the talk-show queen, first asking her about her love life before telling her that their conversation was being broadcast on the show.

(I almost said, “I’m waiting for you which is why I’m not letting others court me.” Because you are the only one accepted by both my sons.)

“Because sinabi nila na si (according to them) Tito Willie will like you not because of your money because he’s richer than us,” she said.

Finally speaking to Liu, she  said, “I love you. Because you know why? It’s hard to get the voice correctly. You kinda got it.”

“I’m very impressed ha. Because you have the intonation correctly. Actually even the accent is correct,” she noted.

On Thursday, May 23, Aquino took to Facebook to share why the impersonation stood out for her. She said the episode was recorded on Saturday night and that watching it “somehow made me feel special.”

i’ve finished all my tests, had many new specialists check on me. sorry kung madamot ngayon sa details, i’m finally back…

“Truth is when [comedy show] ‘Banana Split’ used to impersonate me, oftentimes I’d feel I was being ridiculed and the exaggeration was too much,” she said.

“Watching Chino on YouTube, who in actuality is Kuya Josh’s age I was genuinely impressed because he got the inflection and the conversational nuances correctly and I appreciated it for what it was, a person’s sincere form of expressing his being a fan.”

She said seeing other comedians imitate her at times felt like “bullying,” but that Liu’s attention to detail was flattering. “It must mean nagka-impact ako sa mga buhay nila para pag-aksayahan ako ng panahon, aralin ako,” she explained.

(It must mean I had an impact on their lives such that they would use their time on me, to study me.)

She clarified too that she did not expect something romantic from Revillame and that her priority is still her sons.

Aquino reasoned that Kuya Josh, who has taken a liking to his Tito Willie, is a “gentle giant” looking for a “constant, strong, decidedly male figure” who can keep up with his hobbies in cars and physical activities like running and biking.

Last August, Revillame paid a visit to Kuya Josh and gave him a drive in his red Ferrari. Aquino told him then, “Thank you Willie Revillame for the effort to make our Kuya Josh feel genuine HAPPINESS.”  /ra

Kris Aquino explains why she can’t be a ‘Kapuso’

Read Next
Sharon Cuneta, John Arcilla, stars of hit thriller Kuwaresma urge audience to #PlayItRight
EDITORS' PICK
EuroMillions Superdraw: A lottery draw unlike any other is coming to the Philippines
‘Justice will be done,’ Duterte assures as he vowed probe on Jolo incident to bare ‘truth’
Water remains our saving grace right now
Smart releases Hyun Bin’s second TVC
Current dominant strain of COVID-19 more infectious than original—study
DOLE: Return of OFWs’ remains from Saudi to be ‘delayed,’ deadline moved to ‘early next week’
MOST READ
Locsin warns of ‘severest response’ if China’s army drills in SCS ‘spill over’ to PH domain
Duterte tells military: No other president looked at you the way I did
BREAKING: Duterte signs anti-terror bill into law
Go apologizes for 5-on-5 game; PBA summons Japeth, ROS rookie
Follow @NGunoINQ on Twitter
Don't miss out on the latest news and information.