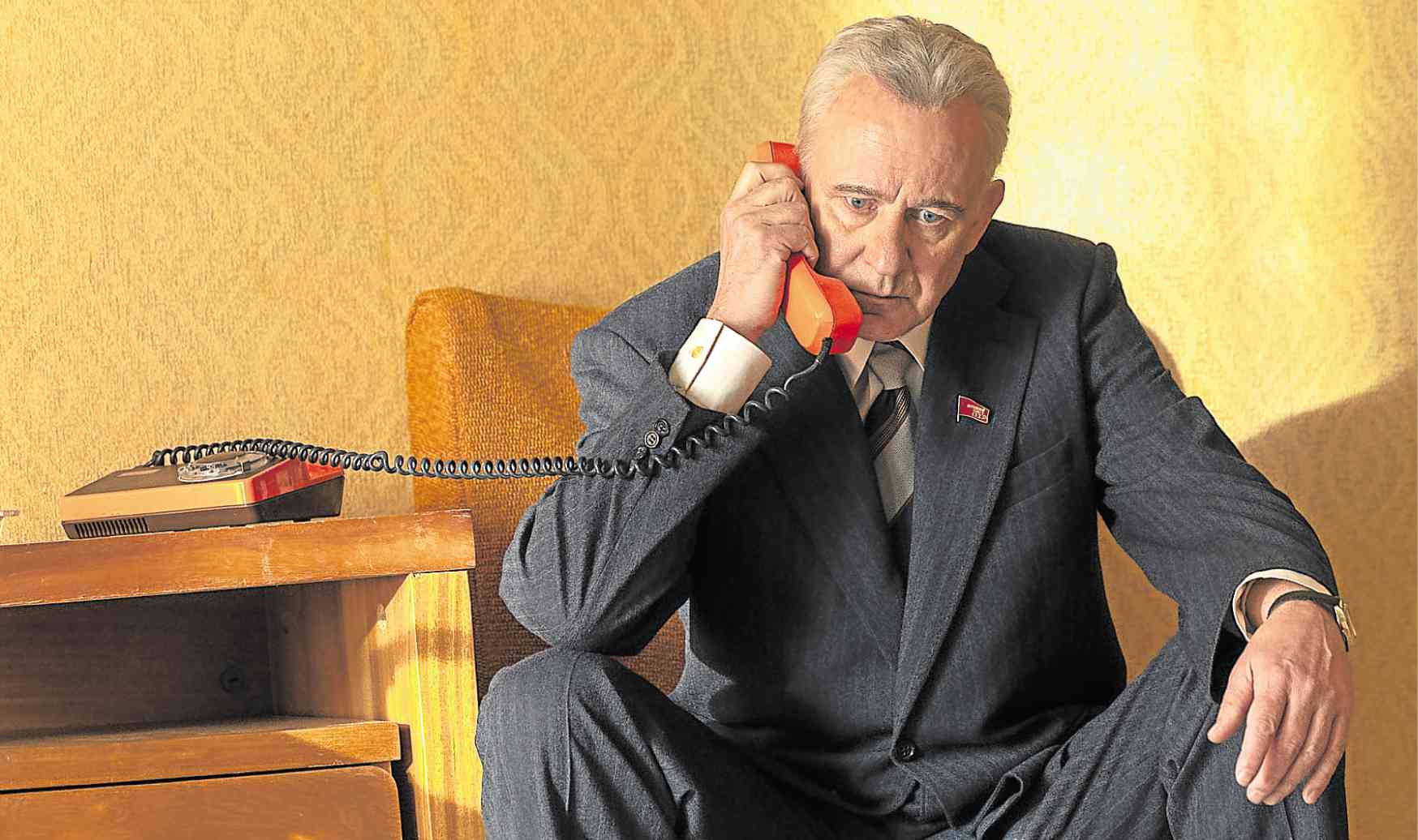 How willing are we to sacrifice loyalty for the truth? Actor Stellan Skarsgard answers this contentious question with ease.

In the HBO miniseries “Chernobyl,” which examines one of the most devastating nuclear disasters in history, Stellan plays Boris Shcherbina, the Soviet official tasked by the Kremlin to lead the investigation about the incident.

“As Boris, it wasn’t difficult to stand up for something my character believed in. As an actor, I have no problem playing whether a Nazi or the sweetest man on earth. If the material is morally acceptable for me, which this show definitely is, it’s no problem for me to play someone similar to Judas.

“In our lives, we’re constantly facing moral questions and the way the world operates. It’s important to defend science and the truth. But these days, lies travel faster than the truth, and the truth is always more complicated because of its demands.”

Skarsgard, who’s famous for playing Bootstrap Bill Turner in “Pirates of the Caribbean: Dead Man’s Chest,” Bill Anderson in “Mamma Mia!” and Dr. Erik Selvig in “Thor” and the “Avengers” movies, likewise shared his personal recollection of the actual disaster.

“I was in Stockholm the first time I heard about it in the news,” he said. “We were told that high radiation has been detected at one of the nuclear power plants there, but they immediately clarified that the radiation didn’t come from Sweden. It came with the winds where they identified Chernobyl as the source.

“American satellite photos showed that there had been an explosion there, and that was the only information we got. Northern Sweden was badly affected—we couldn’t pick berries and mushrooms or eat reindeer for many years thereafter. But I didn’t know anything about the technicalities. I wasn’t aware of the web of lies and political decisions that led to the accident—and that’s what I found very interesting about this series.

“It isn’t just an environmental problem that man has created. It’s also about the dangers of nuclear power. Nuclear power per se is safe, but humans are the problem. ‘Chernobyl’ shows a system that should have been infallible and efficient. But the people behind the accident didn’t want the truth ruin their image, so they wanted to suppress it.

“That is the problem with suppressed truth. The going standard now is to know where you can cut corners to make more money. The show is a reminder that science and truth are truly worth protecting—especially because the most powerful man in the world (Trump) lies 16.6 times a day, that’s according to the Washington Post.” 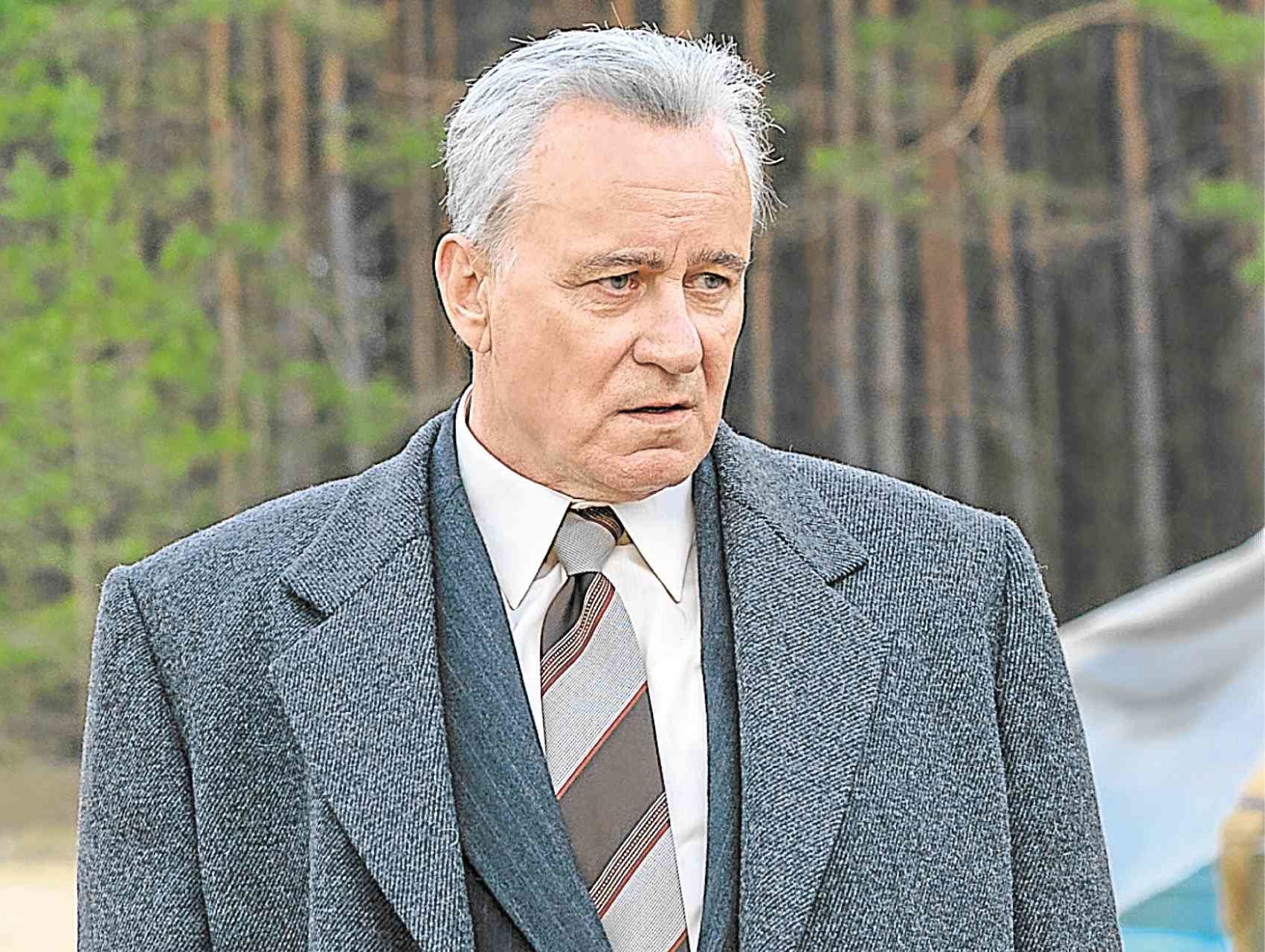 Excerpts from our Q&A with Stellan:

What was your first impression upon reading the script? It was very hard to put it down because it was written like a thriller or a horror film—it’s extremely clever. But at the same time, it’s all based on facts. And it doesn’t overly dramatize or romanticize the situation. It doesn’t set out to appeal to a pop-consuming audience.

Reality can be brutal and interesting, so you don’t always have to “Hollywoodize” everything. I was very impressed with the entire script. I think this series is a vitamin injection straight into your brain.

How was your experience like working with HBO? You don’t have anybody on the set saying, “No, it’s not commercial enough.” But it feels like doing a big film, and you’re shooting with some of the greatest actors around. It would never be made this way if this were filmed by a big Hollywood studio, because there would be too much fear and compromise to be made, to make financers happy.

HBO is extremely courageous to do something that doesn’t aim to sell any popcorns. It produces material that others won’t consider commercially viable. It has changed the way television shows are made—and I hope they continue to do just that.

What new challenges has this show posed upon you as an actor? I just brave all the challenges I face as an actor. Every film is unique, which means that I normally panic before I say yes to a project (laughs), so I just try harder.

In terms of challenges, they were more particularly in this production. In the last episode alone, there’s a trial that involves a lot of technical stuff, and I have a monologue in it—and I hate monologues! I hate explaining things, so that was a punishment for me.

What was the most interesting thing about playing Boris? It was interesting to play a character who spends his whole life defending a system, an ideology. Then, he’s forced to decide whether he should continue fighting for the system or start defending the truth. 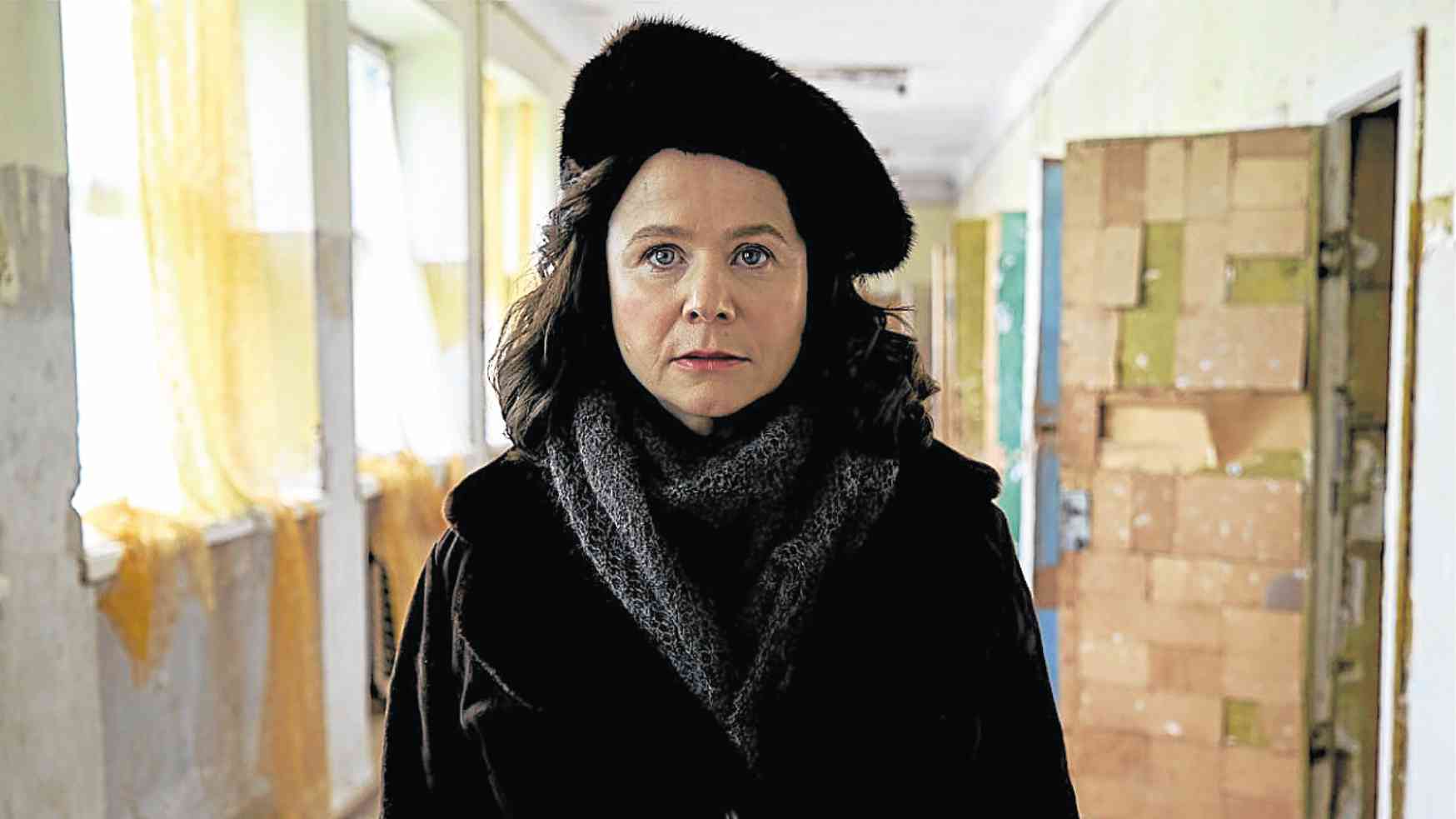 It’s been 20 years since Emily Watson (who plays physicist Ulana Khomyuk) played your wife in Lars Von Triers’ “Breaking the Waves.” What was your reunion like? It was fantastic! I’ve met her a couple of times over the years, and of course I fell in love with her when we made “Breaking the Waves.” I wanted so badly to work with her again, because she’s an exceptional actress. So this opportunity was irresistible for me.

Of course, the project is quite different for a number of reasons. For one, we did not make love in this one, and we didn’t have to take our clothes off (laughs)!

What was it like working with Jared Harris, who plays Valery Legasov? When you work with an actor as talented and intelligent as Jared, you know you’re going to create something special. The relationship of our characters starts out antagonistic, then it becomes a love-hate relationship. Toward the end, it becomes more about love. That curve was very interesting to play with.

Is nuclear power still a threat, or is it a source of good? In the ’80s, we had a referendum in Sweden about whether we should have nuclear power or not. I voted against it. But since then, the world has become much more precarious because it’s growing much faster.

Today, if we’re going to save the world, we’ve got to have at least one nuclear power source. It’s dangerous, yes. But, at the moment, there’s more danger of somebody dropping an atomic bomb than suffering from another nuclear catastrophe.

What is it about this series that resonates with you compared to your other projects? I’ve done all kinds of films, and they served different purposes. As an actor, it’s interesting to go from “Mamma Mia!” to “Chernobyl,” then back to “Mamma Mia!” again (laughs). You want to try doing a variety of things.

I was lured by the subject matter of “Chernobyl.” I’m interested in what’s going on with the world, politically. This series underscores the importance of knowing the horrifying facts that 65 percent of the world’s wild animals have already gone extinct, together with one-third of its insects. We need to take care of its ecosystem—and there’s no way back.

“Chernobyl”airs at 9 a.m. every Tuesday with a same-day encore at 10 p.m., exclusively on HBO and HBO Go.

Read Next
When adoration turns into obligation
EDITORS' PICK
EuroMillions Superdraw: A lottery draw unlike any other is coming to the Philippines
Smart releases Hyun Bin’s second TVC
Water remains our saving grace right now
‘Justice will be done,’ Duterte assures as he vowed probe on Jolo incident to bare ‘truth’
DOLE: Return of OFWs’ remains from Saudi to be ‘delayed,’ deadline moved to ‘early next week’
Current dominant strain of COVID-19 more infectious than original—study
MOST READ
BREAKING: Duterte signs anti-terror bill into law
Locsin warns of ‘severest response’ if China’s army drills in SCS ‘spill over’ to PH domain
Duterte tells military: No other president looked at you the way I did
‘Very timely, historic’: Senators laud passage of anti-terror bill despite ‘pressures’
Don't miss out on the latest news and information.