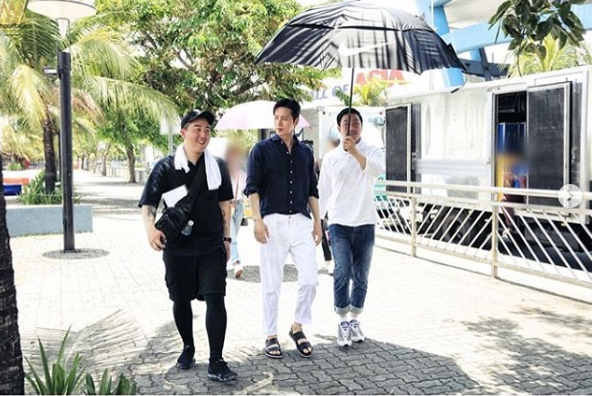 MANILA, Philippines — It seems like Manila will be featured in Korean actor Park Hae-jin’s upcoming drama.

The actor was spotted filming at the Manila Cathedral in Intramuros, as seen in a lucky fan’s Twitter post on Wednesday.

“How are you? I’m enjoying Philippines while filming. Thanks to the kind Filipinos,” the caption read.

Park is reportedly filming his upcoming drama tentatively titled “Secret” in the country. Actress Jo Bo-ah will star in the project alongside Park.

Best known for his role as Yoo-jung in Korean series “Cheese In The Trap,” Park is also known for his dramas like “Man to Man,” “My Love From the Star,” “Doctor Stranger,” among others.  (Editor: Jonathan P. Vicente)