MANILA, Philippines —It has been almost two months since the Binibining Pilipinas pageant selected its official candidates for this year’s competition, and the aspirants have been busy with activities, bonding together as sisters.

But this also took a huge chunk of their time from their families, especially their mothers.

Inquirer talked to some of the ladies during a marathon interview session at the Smart Araneta Coliseum in Quezon City Thursday and asked them how they plan to spend Mother’s Day, which is being celebrated today in the Philippines, and in many other parts of the world.

“I haven’t ever said ‘I love you’ to her personally, so I want to say ‘I love you’ to her,” said Ilene De Vera of Mandaue City. “Hopefully on Sunday I can make her feel loved. I just want to give her back the support she has given me for the whole pageant. She has been helping me since it started. I just want to make her feel special, because it’s her day.” But because her mother, Leonida, is back home in Cebu, De Vera said she is planning to give her mother a call. “I was thinking of having flowers delivered, but she will think I’m corny because we don’t do that. But I’m hoping to give her something special that day,” the beauty queen added.

Another Cebuana, Gazini Ganados of Talisay City, said she will fly home for Mother’s Day.

“I cannot let Mother’s Day pass without me by her side. She’s alone now,” she said, adding that she plans to take her mother Carmencita out.

“She already knows that I love her so much. We’ve been through a lot together, since I’m an only child. She’s the toughest person I know. Even when she was pushing 50, she took up car mechanics, technician, welding. Her hobbies are for men. She’s the embodiment of women empowerment. ‘If men can do, I can do, too,’ that’s what she always says,” Ganados said of her mom.

Vickie Rushton of Negros Occidental, meanwhile, reiterated a pledge she made for her mother Maria Theresa.

Rushton’s mother lost her vision because of glaucoma.

“She’s in Talisay City. I plan to give her flowers through my brothers. Maybe we’ll celebrate when she comes here in June,” the Bacolod-based beauty said.

Another Binibini will also get to see her mother again only in June for the pageant’s final ceremonies—Hannah Arnold of Masbate, whose family is based in Australia.

“I’m gonna video call her, and ask my dad to cook something for her and pretend it’s from me,” she told the Inquirer.

To her mom, Arnold had this to say: “I love you so much. Thank you for being so selfless.”

She added: “She really cares for everyone above anything else. I’m so excited for when she comes here so she can cook for me all of her food.”

Fortunately for Laguna bet Leren Mae Bautista, she does not have to contend with being away from her mom, Letty, on Mother’s Day.

Bautista said her family will spend Mother’s Day together at home in Los Baños, Laguna, and have a “boodle fight,” feasting on the food to be prepared by her father. “To my supermom, thank you very much for the sacrifices just for us to live a better life. Thank you so much for providing everything for us, and for helping us to be better every day. I love you so much. I’m going to do my best for you,” Bautista said.

“Being home is very important for me. The environment here in Manila is different. In Laguna, I feel happy and secure. And this time, I really need the support, verbal support, from my family that I only get to see every weekend,” she added.

Magtanong says her mom, Liza, is more excited than she is for the pageant.

“I know we should not read comments on social media, be she reads all of them. She also collects all my photos, all the articles about me,” the new lawyer said. 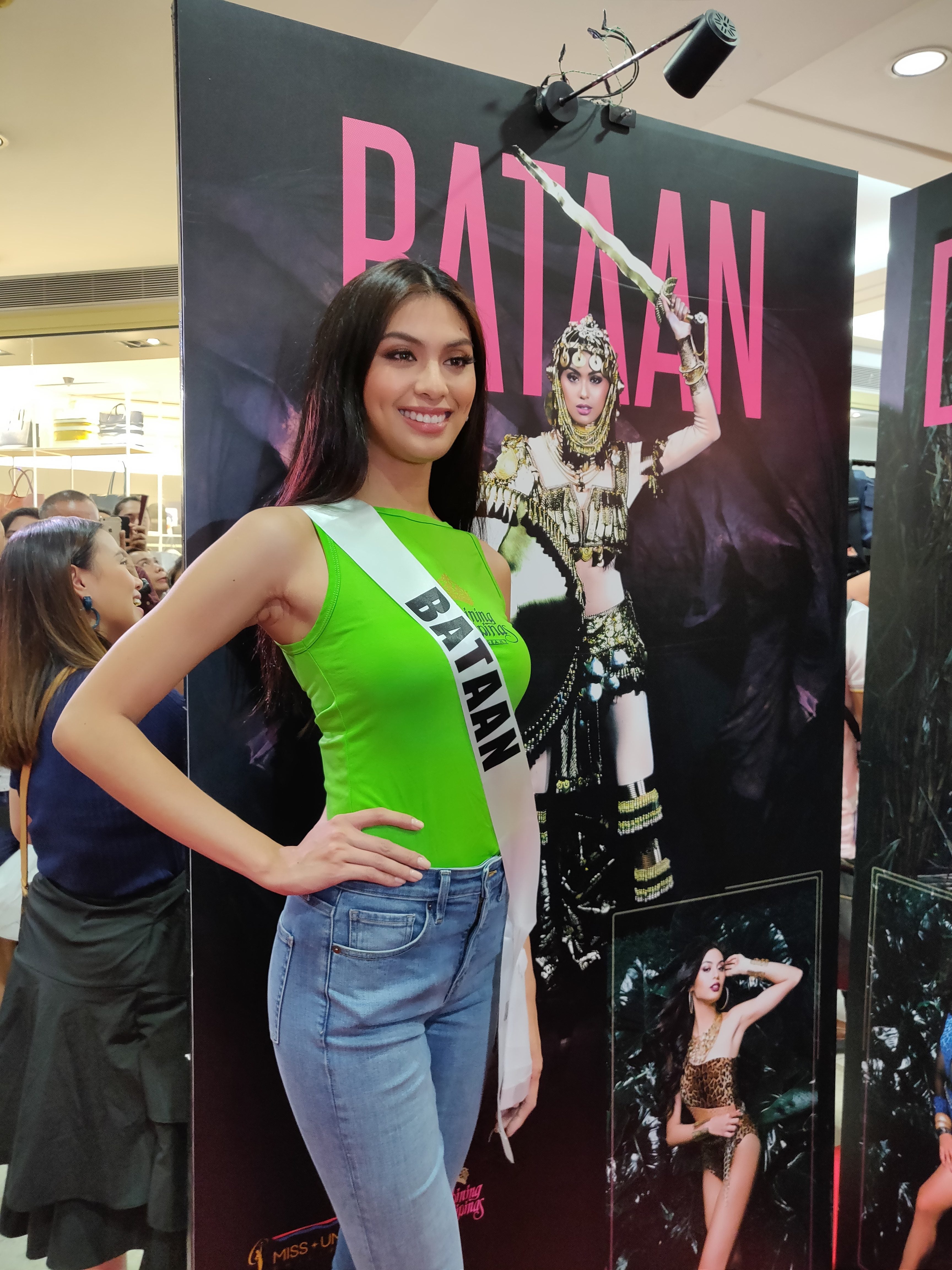 “Thank you so much, Ma, for supporting me. You made this journey so much easier for me. You protect me from the bashers, and you provide for everything that I need for this pageant. I hope to give back after everything,” Magtanong said.

And because they have been wanting to watch the stage musical “Ang Huling El Bimbo,” Magtanong said the family snatched tickets for today’s show. “To my ‘beyond beauty’ supermom, thank you for everything and your support, your crazy love for me, and for always being there. You are my sunshine, and forever will be, And I thank you for it,” Abesamis said, using the pageant’s current campaign “beyond beauty.”

The 2019 Bb. Pilipinas candidates will next be seen at the annual parade around the Araneta Center on May 25, while the national costume competition is set on May 29.

Six new queens will be crowned during the final ceremonies on June 9, also at the Smart Araneta Coliseum, with a delayed telecast on ABS-CBN.

Read Next
LOOK: Judy Ann Santos receives love from family and friends on her 41st birthday
EDITORS' PICK
Seventh judge assigned to handle De Lima case
Beyond water service: Maynilad builds massive infrastructure projects to clean up Metro Manila waterways
PH preps for China virus: Question of when, not if
Museums ‘put to sleep,’ churches closed amid volcano’s unrest
Get exciting deals and discounts when you download the new McDonald’s App
SM continues to send relief assistance to remote towns in Batangas
MOST READ
Taal Volcano flexes signs of restiveness anew
Passengers from Wuhan, China to be flown out of Kalibo, Aklan – CAAP
Lacson on Duterte’s threat to end VFA over Bato’s canceled visa: Where is the connection?
Part of Aurora Boulevard in Cubao closed from Jan. 25 – Feb. 1
Don't miss out on the latest news and information.

Passengers from Wuhan, China to be flown out of Kalibo, Aklan – CAAP