LOS ANGELES — The rock band Guns N’ Roses is accusing a Colorado brewery of piggybacking off their fame to sell beer and merchandise. 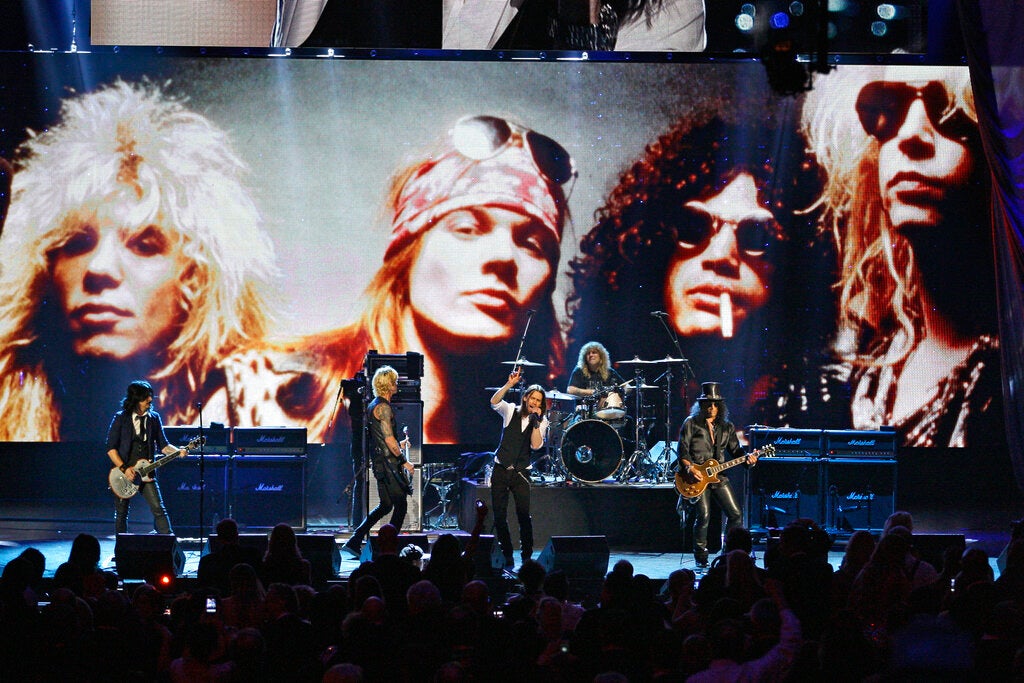 In this April 15, 2012, file photo, Guns N’ Roses performs with singer Myles Kennedy after their induction into the Rock and Roll Hall of Fame in Cleveland. Image: AP Photo/Tony Dejak, File

The lawsuit says the brewery is still selling the beer and the merchandise.

The band wants a court order blocking the brewery from misappropriating its name, destroying the products and turning over profits from Guns ‘N’ Rosé and other monetary awards.

Rihanna, Guns N’ Roses slam Trump for use of their songs in his ‘tragic rallies’

ADVERTISEMENT
Read Next
3 production companies boycott Georgia after abortion ban
EDITORS' PICK
Notice of 2020 regular meeting of stockholders June 18, 2020
SM prepares for ‘safe malling’
Leveling up your ‘lutong bahay’ with the kitchen companion you never knew you needed
NBI, Immigration to join hunt for ‘underground’ medical clinics
2 Chinese nationals arrested in raid on another unlicensed COVID-19 hospital in Pampanga
P2.2 trillion in losses: Cost of COVID-19 impact on PH economy
MOST READ
Revillame tells Roque: ABS-CBN is in my heart despite being in rival network
NCR is ready for GCQ — Palace
LOOK: Robredo, Vico Sotto, check Community Mart ops in Pasig
Año: Quarantine passes not needed in GCQ, movement restricted to essential travel
Don't miss out on the latest news and information.