For This Band, ‘every emotion is equivalent to a song’ 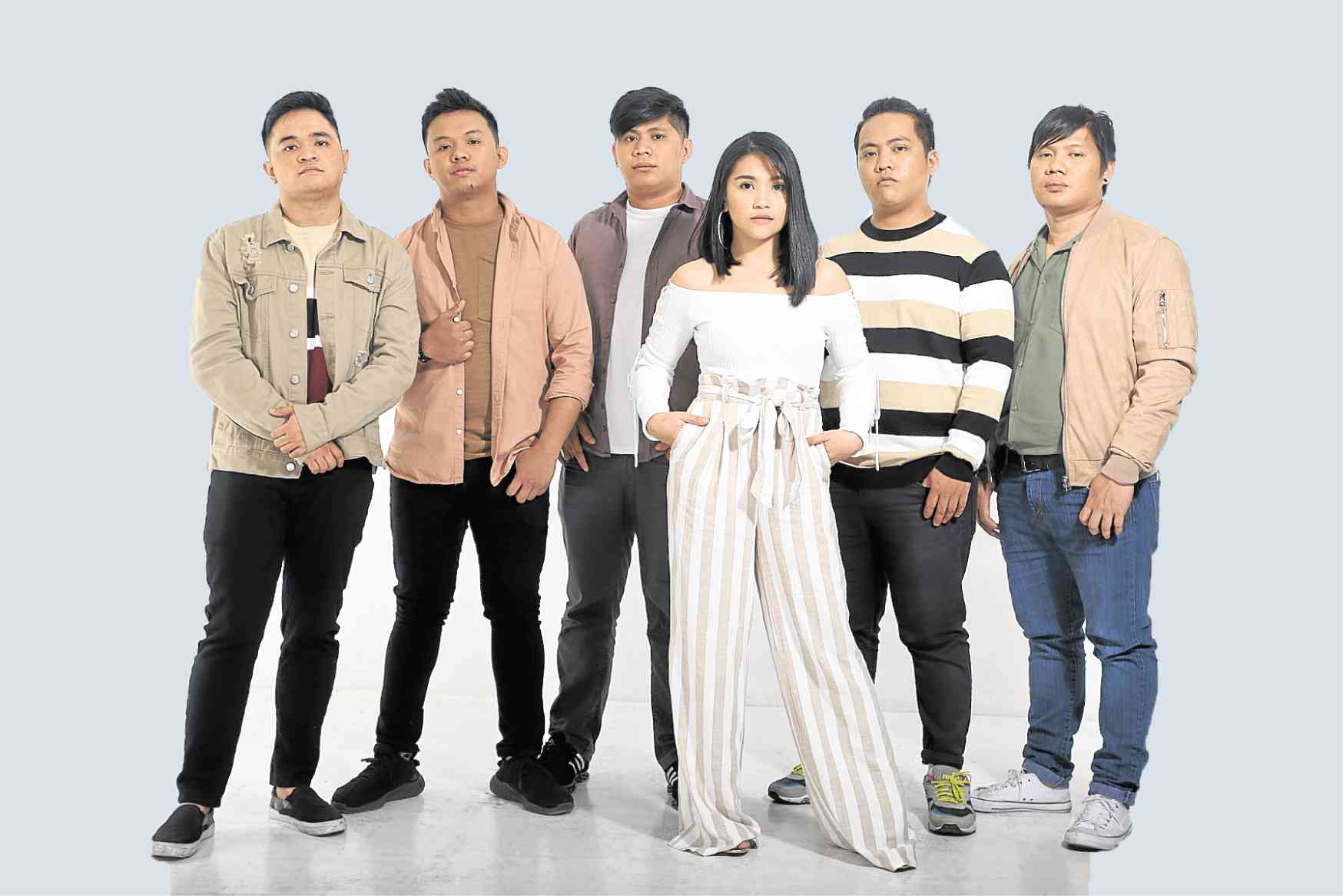 When the pop-rock group This Band first started releasing songs and promoting them on social media last year, the only “likes” or engagement their music uploads and official pages used to get, the members admitted, were from themselves.

“At first, kami lang ang nagla-like sa mga posts namin. And sometimes, we would coax our relatives into doing the same!” lead vocalist Andrea Manzano related, laughing, at a press gathering. “Then, we would repost everything on our respective personal accounts.”

But the band—also composed of guitarists Euwie Loria and Raymart Gubat, bassist Miccael Galvan, drummer John Macaranas and keyboardist Melvin Carson—kept at it. They churned out saccharine soft rock ballads that harken to the prevailing sound of the mid-2000s.

Soon enough, they weren’t the only one liking their posts.

And in November last year, “Kahit” was used as the official theme of a dramatic film of the same title, which starred Kristel Fulgar, Andrea Brillantes and Empress Schuck.

“We’re happy with how well the songs did. But at the same time, there’s pressure [to come up with better songs],” Andrea admitted.

Asked what she thinks made This Band’s music popular with the largely young streaming audience, Andrea surmised that the group’s lyrics, which mostly talk about heartbreak, are something listeners could readily relate to. As the group’s bio states, “every emotion is equivalent to a song.”

Meanwhile, Euwie, who’s also the group’s chief songwriter, pointed out that most of his work were based on true stories. “I put my personal experiences to words, melodies,” said the musician, whose latest composition, “’Di Na Babalik,” is steadily gaining steam.

“Some songs were inspired by my friends’ stories; I try to put myself in their situations,” he added.

Prior to This Band, Andrea used to sing for a Christian band. And because her local church is a small one, singing onstage was never daunting, because she knows everyone in her congregation.

But as the band continues to grow more popular and book more gigs, the young singer—
who looks up to artists like Yeng Constantino and KZ Tandingan—is now compelled to improve her showmanship.

“When you sing at church, you try to lead the worship—you don’t really do spiels. But it’s different with gigs. I get shy because the crowd is different each time; the faces are unfamiliar,” she said. “But I’m starting to get used to it.”