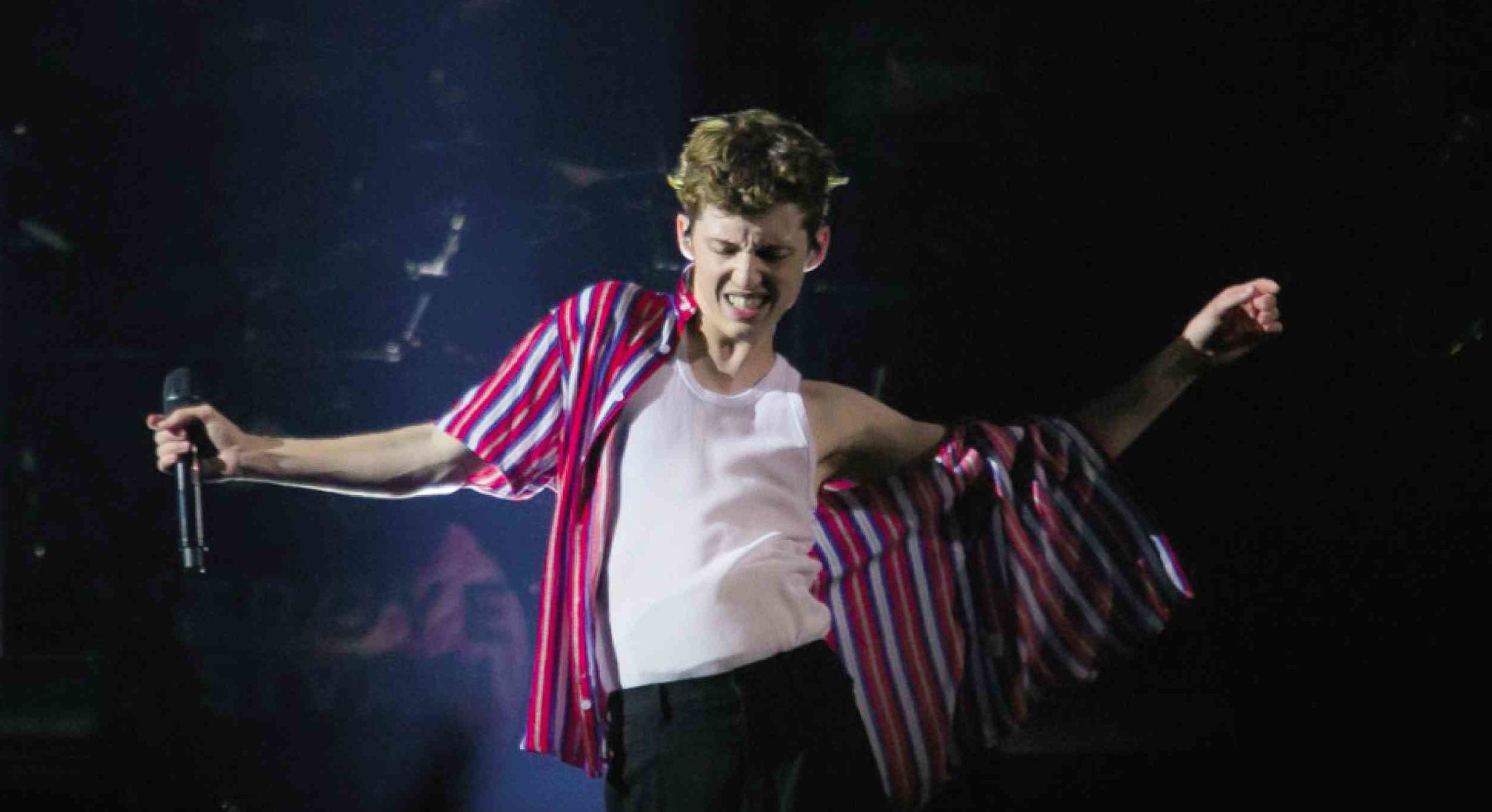 Troye Sivan has always dreamed of becoming a pop star since he was a “wee boy”—it was all he “has ever wanted.” And growing up, he would envision himself onstage, having a dramatic encore moment, with thousands of people screaming his name and begging him for more.

Last Wednesday night at SM Mall of Asia Arena, where he brought his ongoing world tour, “Bloom,” Troye made sure he got to enact that very scene he used to replay countless times in his head—with a little help from his fans.

“When I say I only have one more song left, you go all dramatic, freak out!” he said, eliciting an infectious mix of cheers and laughter, before continuing his set with the lusty and ambient midtempo, “Animal.” “And once we’re off, do whatever you want to do: scream at the top of your lungs or stomp your feet. Do it! Make us get back onstage.”

So scream and stomp their feet they did. And for a good couple of minutes, chants of “We want more!” echoed across the venue amid the darkness.

When everyone least expected it, hazy, red lights flooded the stage to reveal Troye, who had already snuck back for two of his most popular songs—the dreamy, synth-pop tune “Youth” and the pop-soul, dance bop “My My My!,” which prompted some of the night’s most impassioned singalongs.

But even without the tongue-in-cheek request, the audience, majority of whom were from the LGBTQ community, wouldn’t have given anything less to their idol, whose music resonates with the many aspects of their lives—the joys, losses, the romance, their sexuality and the struggles that come with it. 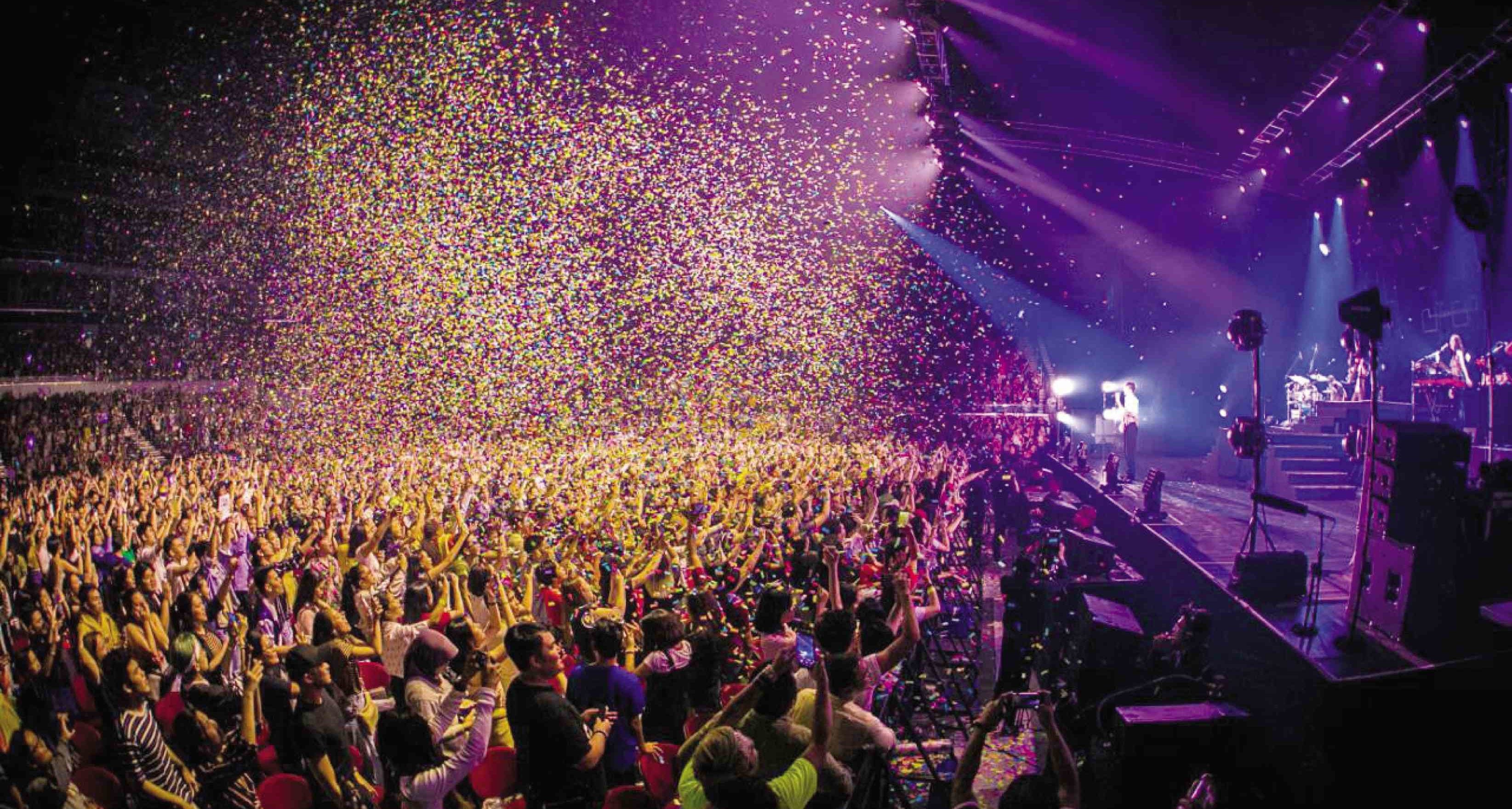 SM Mall of Asia Arena was jam-packed with fans who projected “a big queer energy.”

“I feel a big queer energy!” the South African-Australian singer told the concertgoers, some of whom waved rainbow flags and naughty banners once in a while. “It’s just like a night out with my girls … I want to see everyone in this room feel like [he or she is] the baddest b*tch in the building!”

And not a few revelers did look the part, with their fabulous outfits and unbridled dancing. Onstage, Troye—wearing his usual striped buttoned shirt and white tank—moved about like someone simply wanting to let loose and have fun on the dance floor.

There was no real structure or choreography to his dancing, but he had energy and presence: His moves were sharp, angular; he sassily strutted from side to side, his lanky limbs flailing every which way like cooked spaghetti strands or flapping back and forth like windshield wipers.

Much of the concert’s setlist—culled from his two albums, “Blue Neighbourhood” and “Bloom”—were danceable, head-bobbing, synth-laden songs, such as “Bloom,” “Lucky Strike,” “Fools,” “Wild” and “1999.”

But the singer-songwriter allowed for pockets of quiet introspection, as in the ballad “Postcard,” and in the haunting, bare-bones delivery of “The Good Side”—a song he wrote after a breakup that had him stricken with guilt. 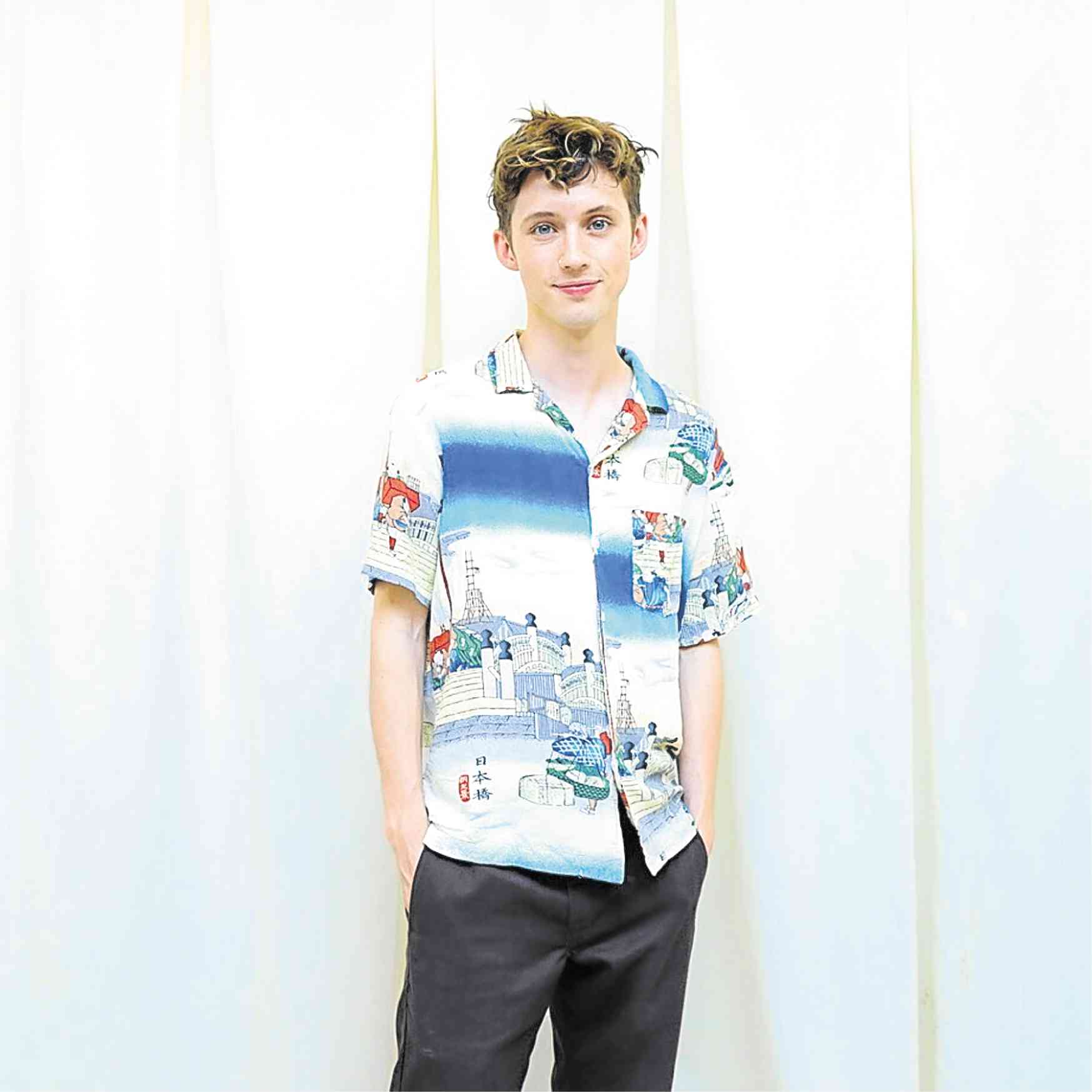 In his opening song, he emerged in the middle of the venue’s VIP section, an arm’s length away from the fans.

Troye is a singer and an actor, who got his start in the business from uploading YouTube videos at a young age. But still, he felt like he still has many things to prove. But in this Manila stop (mounted by MMI Live and presented by Smart Music Live), Troye did feel like a pop star.

“Literally, the only thing running through my head right now is, why did it take me so f**king long to be here?” he told the audience—the “funnest crowd”—midway through the night. “I want to come back here as soon as possible. Is that cool?”