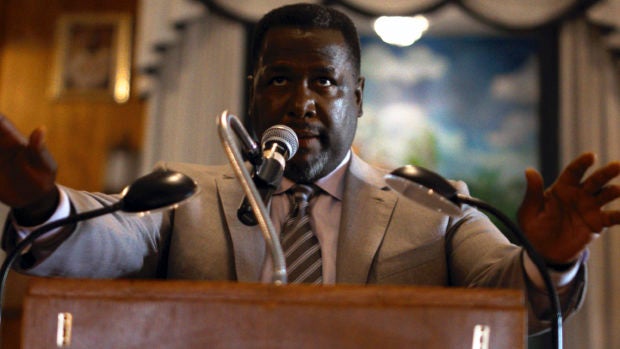 Phillip Youmans was just 17 and finishing high school when he completed his lyrical debut feature film, “Burning Cane”. Now, his movie has won the top award at the 18th Tribeca Film Festival.

“Burning Cane” won three awards at Tribeca on Thursday, including best U.S. narrative feature. The film also took awards for best cinematography and best actor for Wendell Pierce (“The Wire”) who stars as a Louisiana preacher drunkenly grieving the loss of his wife.

Youmans, a New Orleans native, is currently a freshman at New York University. With the award, he wins a prize of $20,000. He is the youngest filmmaker to ever compete at the Tribeca Film Festival, let alone win its top award. He is also the first African American director to win the award.

Set in rural Southern Louisiana, “Burning Cane” was inspired by Youmans’ upbringing in the Baptist church. He helped raise money for the film through crowd-sourcing, and eventually landed Benh Zeitlin, the director of “Beasts of the Southern Wild”, as an executive producer.

The jury that chose the best-narrative feature award hailed Youmans, who also wrote his film’s script, as “a voice that is searingly original.”

Tribeca also awarded best documentary to Ellen Fiske and Ellinor Hallin’s “Scheme Birds”, about a Scottish girl’s coming of age, and best international film to Bora Kim’s “House of Hummingbird”, a South Korean drama about an eighth-grader in 1994 Seoul. Like “Burning Cane”, both are feature-length directing debuts.

“This year’s winners signal a bright future ahead for independent film,” Festival Director Cara Cusumano said in a statement. CC