Jej Vinson advances to ‘The Voice US’ Top 13 | Inquirer Entertainment

Filipino Jej Vinson advances to ‘The Voice US’ Top 13 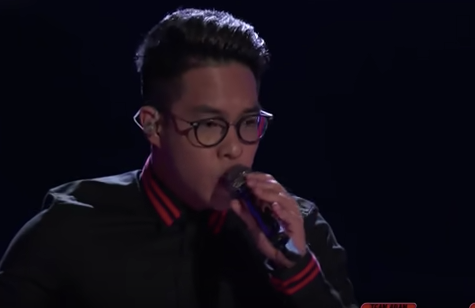 Jej Vinson. Screengrab from The Voice US YouTube video

MANILA, Philippines — Filipino singer Jej Vinson has advanced to the Top 13 of “The Voice US.”

“@Jejvinson is headed into the #VoiceTop13! Who else is excited?!” The Voice wrote in its official Twitter account Wednesday.

Eight contestants moved forward from America’s vote and while the other four advanced via a “save” from each coach.

Vinson made the Top 13 after his coach Kelly Clarkson used her “save” and chose him over the other members of her team.

Before entering the Top 13, the Filipino singer performed his rendition of Khalid’s “Love Lies.”

WATCH: Filipino singer Jej Vinson advances to next round of ‘The Voice