Kelly Clarkson: My original goal in life was to be a background singer 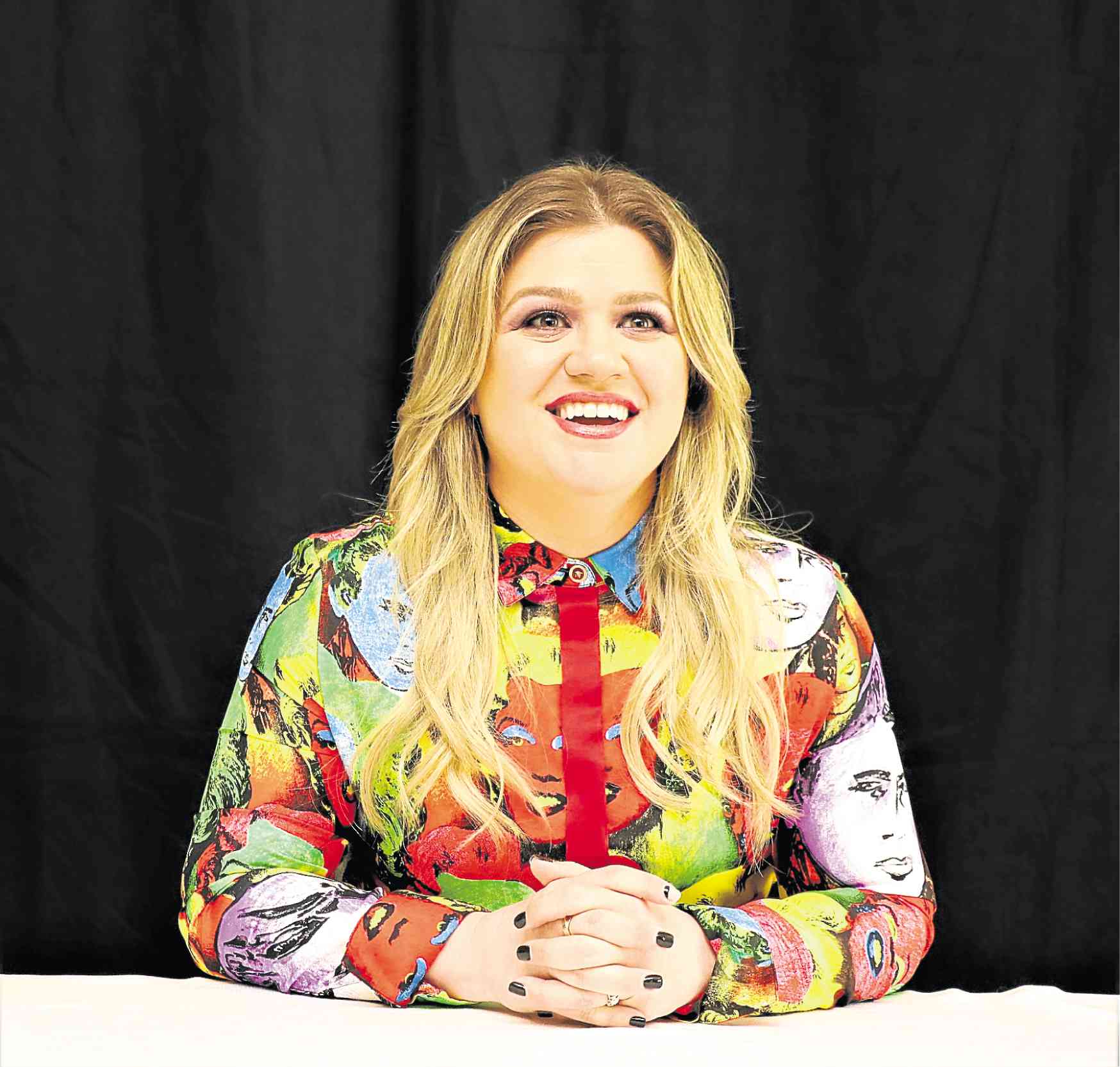 LOS ANGELES—“Obviously, that didn’t work out,” Kelly Clarkson quipped with a laugh about her original goal—to be a background singer.

Well, Kelly did not do too bad in other areas. The winner of the first season of “American Idol” in 2002 went on to be a music artist with worldwide sales of more than 25 million albums and 36 million singles.

And now, Kelly got to fulfill one of her other goals—to work on an animated film. She voices Moxy in STXfilms’ animated musical movie, “Ugly Dolls.”

Based on the plush toy line, “UglyDolls,” and directed by Kelly Asbury, it touts the themes of acceptance, diversity, empowerment and friendship. Also in the voice cast are Nick Jonas, Janelle Monae, Blake Shelton and Pitbull.

This September, Kelly realizes another dream–to host her own talk show.

The coach on the 14th and 15th seasons of “The Voice” was as bright and animated as the Andy Warhol-inspired blouse she wore in this LA interview.

Complimented about being such an ebullient, positive charmer, Kelly remarked, “Well, sometimes, I am. I have my other moments, trust me. Ask my mom (laughs).”

At this stage in your life and career, would you say you’ve achieved your goals? Goals change. My goal in my life was to be a background singer. Obviously, that didn’t work out (laughs). So obviously, life—God, whatever—had a different plan for me.

That’s the thing I tell, especially people on “The Voice” that I’m coaching—don’t box yourself into this idea where you think you’re going to go.

Life throws you a different path. We can’t limit ourselves, and that’s what I tell them.

Can you talk about “The Kelly Clarkson Show?” Honestly, they had to convince me [to do the talk show]. I was, “Are you insane? Did you run out of everyone to ask?” Then, they explained it to me, especially how people dug what I did in the Billboard Music Awards. Because I didn’t necessarily feel comfortable doing how everybody did it, so I incorporated music.

So we carried what I do on tour over to the show. I start the show singing an artist I love, a minute and a half of their song, and just highlighting people who are inspiring in the moment or maybe have been in the past. Then, we move into me connecting to the audience, which I do on tour, anyway.

Then, I got to do the interviews. In my very first interview, I don’t think anything will be worse than that one, because my father had just passed away. And I had to do an interview with Chrissy Metz. We have a very similar upbringing.

After that, I got to talk about the #MeToo movement with Terry Crews, which I thought was amazing because I didn’t actually know his whole story (Crews claimed he was a victim of sexual assault by a Hollywood executive).

Then, I got to work with this amazing group of people that does amazing things for homeless kids on skid row. I had no idea there are 300 kids living on skid row.

Can you talk about how, from the first winner of “American Idol” many years ago, here you are, doing voice acting for an animated movie like “UglyDolls?” I was a kid who liked to sing, so I’ve always wanted to do animated musical films since I was a little girl.

So this was definitely a box for me that I haven’t been able to check. It’s one of my dreams that I’ve wanted to fulfill for a while, and finally, it came to fruition. It was amazing to sing with Janelle Monáe.

Even if I didn’t have kids, I love animation. I didn’t do this for my children (laughs). I did this for me. I love the message of the story and the music—it’s very much a reflection of my catalog of music for the last 16 years.

I like empowering anthems. I like connecting, and that’s what the movie is all about—everybody fits in, everybody can connect and be included.

Speaking of that message of inclusion, what was your relationship to physical appearance when you were growing up? I was very much a wallflower. You didn’t even know I was in the room. I was never the beauty queen type. I was never made fun of or bullied. I just generally wasn’t noticed until I sang. People were like, “Oh, she’s the one who sings.” I played sports.

I have a weird amount of confidence, which my assistant and I often laugh about because maybe I shouldn’t have as much as I do (laughs). Because I’m very comfortable with no makeup and just in jeans and a T-shirt. But I just always rocked who I am … That is actually what attracted me to Moxy, my character.

So, it was awesome that I didn’t have to act because the personality of the character was very much an exaggeration of me.

On “The Voice,” you work with the contestants to bring out the best in them, to be confident and positive. Where does your own positivity come from? I am almost annoyingly so [positive]. I can find something positive about even the most negative person. I honestly was surrounded by people who did that when I was a child, so I think that’s why. And so, it happens naturally for me.

What surprised you about your experience as a coach? Nothing surprised me. I knew what I was walking into because I’m from the same kind of beginnings that they’re going through. I thought that it would be one of the most rewarding things I’d get to do.

And honestly, a big thing for us is, my husband (Brandon Blackstock) manages Blake (Shelton), as well. So, we’re all in the same area, which is nice—for our family specifically. But there weren’t any real surprises.

How do you take care of your voice? Do you have anxious moments about losing your voice? Luckily, no, I’ve never been at a point like that. I’m blessed because of the training I had when I was younger. I sang opera when I was growing up, so I’m very into warming up my voice. I’m so disciplined that I’m a boring person on tour.

Right now, I barely have time for the jobs I have (laughs) and also, the four kids.

With what you know now about the music business, would you encourage your children to go into this field? No (laughs)—and here’s why. First of all, I would encourage them to do anything they wanted to do. It’s just that I think this industry calls for a certain level of thick skin and a certain level of upbringing.