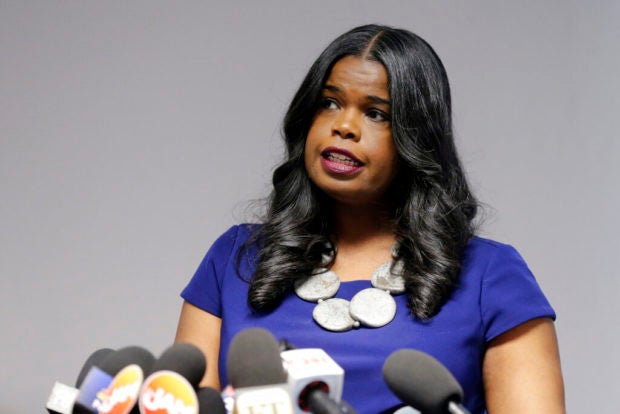 Chicago’s top prosecutor drew heavy criticism after she recused herself from the case against Jussie Smollett and then complained in text messages to a subordinate that her office had overcharged the “Empire” actor.

But anyone who has followed Kim Foxx’s work recognized in the texts the same reforms she has been implementing for years: Don’t overcharge for nonviolent crimes and, whenever possible, offer alternatives to taking a suspect to court.

“Just because we can charge something doesn’t mean we should,” Foxx said in a March 8 text to her top deputy at the Cook County State’s Attorney’s Office, referring to the 16 felony counts of disorderly conduct that were filed against Smollett, who was accused of staging a racist, anti-gay attack on himself. “It’s not who we want to be.”

The decision to dismiss the charges against Smollett may have followed Foxx’s reform agenda, but it prompted an outburst of personal threats. Her chief of staff, Jennifer Ballard Croft, says the threatening messages came in the form of emails and calls, but declined to provide additional details about the specific nature of the threats.

Ballard Croft on Monday told the Chicago Sun-Times that in addition to threats to Foxx’s personal safety, multiple threats “have contained racially-charged language.”

Anger about the decision in March to drop all charges against Smollett could undermine Foxx’s efforts to overhaul the nation’s second-largest district attorney’s office, which for decades has been seen as too aggressive and reliant on abusive police practices.

“It’s given her a public credibility problem that still isn’t resolved,” said Dick Simpson, a political scientist at the University of Illinois at Chicago.

Foxx, who grew up in poverty in Chicago’s notoriously crime-ridden Cabrini Green housing project, became the first black woman elected Cook County state’s attorney in late 2016. Her victory on a reform platform was largely propelled by anger that the prosecutor she ousted had waited a year to charge a police officer in the fatal shooting of Laquan McDonald, a black teenager.

At Foxx’s request, the county’s inspector general is now reviewing her office’s decision to drop charges against Smollett. Any revelations that she applied undue pressure on her staff could potentially damage her prospects of winning a second term, halting her reforms before they are fully adopted.

The clumsy handling of the case and questions about Foxx’s intervention have also given fresh ammunition to those who have long opposed the agenda she laid out at the start of her term.

That program has included instructions to about 800 prosecutors she oversees to abandon past practices of always seeking the most serious possible charges and to be more discerning and nuanced in deciding when to charge someone with a felony. Potential employers, she explained in a February interview, rarely distinguish if the felony was for shoplifting or murder.

“The burden of the felony conviction is very real and onerous, even if it’s for the lowest level of felony,” Foxx told The Appeal podcast in February.

That thinking led to one of her most contentious reforms — a new policy of charging suspects accused of retail theft with a felony only if the value of items stolen exceeds $1,000, which is more than three times higher than the $300 threshold in previous years. She has said that the policy has enabled her office to shift more resources to gun crimes.

Another campaign pledge she helped fulfill was changing the cash-bond system to ensure suspects are not held behind bars solely because they are too poor to pay. Before that change in 2017, up to 300 people were jailed daily because they could not post bonds of $1,000 or less, contributing to overcrowding in the county jail.

She veered away, too, from policies that put people behind bars for driving on licenses suspended simply for failure to pay traffic tickets. The old policy, she explained, inordinately impacted the poor and essentially made prosecutors debt collectors.

Among her sharpest critics has been the Chicago police union president, Kevin Graham, who called on Foxx to step down earlier this month. He said the handling of the Smollett case was just another example of her office letting someone off too lightly.

“We need to have a prosecutor who is going to charge people when they commit a crime,” he said.
With Foxx more vulnerable after the Smollett case, dozens of police chiefs from communities in Cook County but outside Chicago also stepped up attacks on reforms that they never liked in the first place.

They complain that that Foxx imposed changes with little consultation and provided often-muddled, contradictory guidance about who should and should not be arrested. Their biggest gripe is about decisions by prosecutors not to charge as many felonies and sometimes to avoid filing charges at all when it comes to nonviolent crimes, including for certain retail thefts and for possession of small amounts of marijuana.

“It appears your strategy to address non-violent crime in Cook County is to decriminalize or ignore it,” Duane Mellema, president of the North Suburban Association of Chiefs of Police, wrote in a letter to Foxx earlier this month.
Reform advocates, among Foxx’s most enthusiastic supporters, have stood by her.

“We feel good about her reforms overall,” said Kristi Sanford, a spokeswoman for The People’s Lobby, a Chicago-based activist group that lobbies for criminal justice reform. “She has a big job, because her predecessors were all about throwing the book at people.”

Sanford dismisses the criticism of Foxx’s reforms as “opportunistic” attacks by people who have consistently opposed changes for years. She said Foxx’s handling of the Smollett case should not enter into calculations about her performance.

“It’s a nonissue,” Sanford said. “This is not a situation that leads us to question her commitment to reform.”

Simpson said the Smollett case has been Foxx’s highest-profile misstep since getting elected. But he doubted that her base of support among reformers and African-Americans was at risk. Whether her supporters abandon her before she seeks a second term will come down to whether she completes more of her reforms.