Playing meanie part of her ministry 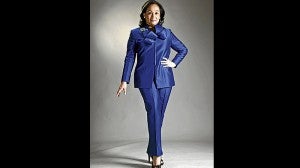 She has always been known for “Miss Goody-Two-Shoes” roles, but Coney Reyes ached to do the opposite.

“I was worried I wouldn’t be convincing as a villainess because people know of my ministry on ‘The 700 Club Asia,’” she told the Philippine Daily Inquirer.

She had done “the usual mother roles,” when the chance came to reinvent herself via less-than-noble characters on ABS-CBN shows like “Ysabella” and “Rubi.”

On the new series, “100 Days to Heaven,” she gets to play yet another “meanie”—Anna Manalastas, a murder victim sent back to earth to right her wrongs. She’s played as a kooky kid by Xyriel Manabat.

As an actress, Coney isn’t scared of being typecast. She recalled coming out of the theater, after watching “The Devil Wears Prada,” bowled over by Meryl Streep. “What stuck in my mind was not that she played a contravida, but how good she was at it,” Coney recalled.

She revealed that, to her, “100 Days” is an answered prayer, plus a chance to expand her ministry of faith, and on prime time television at that.

She confessed to some initial reluctance, but said her son LA, a pastor, persuaded her with a simple advice: “He said I should just listen to what network execs had to say.” 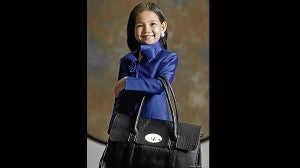 When the show’s concept was explained to Coney, she was instantly convinced. “I had been praying for a show like this,” she said. “God touched people’s hearts and inspired them to create this show, one that seeks to make a difference.”

In a landscape that thrives on scandal and strife, she noted, “100 Days” dares “not only to impart positive values, but also to offer hope.” Optimism is sadly lacking in the world right now, she said.

Coney is a bit saddened by the current state of Philippine television, having trained and worked with the best, she said, on “Student Canteen” and, later, “Eat Bulaga.”

Coney pointed out that the mad scramble for ratings supremacy could distract media practitioners from their true goal—to entertain, educate and enlighten.

Coney has always been forthright about her past relationship with (former “Bulaga” cohost) Vic Sotto in interviews. To their credit, they’ve remained friends.

Coney and Vic went as proud parents when their son Vico graduated with a degree in political science recently.

“Vico wants to take up law,” Coney said. “Vic makes sure to spend quality time with Vico. I know that he will always be there for me and all my children … Vico and (older children with Larry Mumar) LA and Carla. Vic is a part of our lives.”