‘The Curse of La Llorona’ reigns over weekend box office 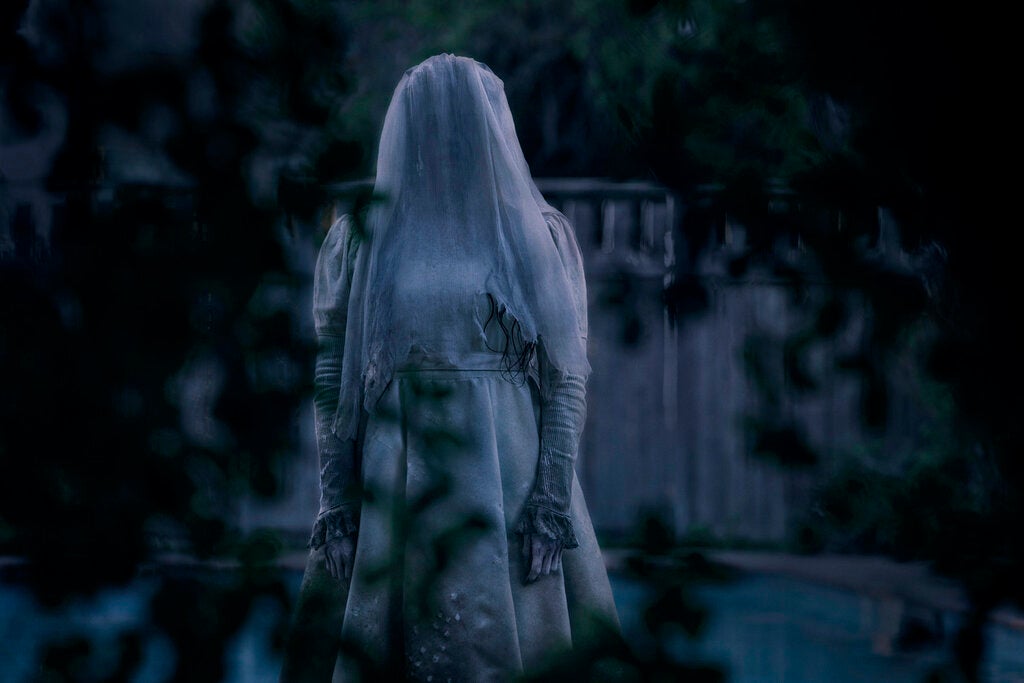 The Warner Bros. horror film based on a Mexican legend about a woman who murdered her children and wanders the world looking for them brought in $26.5 million according to studio estimates Sunday, putting it in the top spot on its opening weekend — the last before “Avengers: Endgame” arrives to dominate.

“The Curse of La Llorona” ended the two-week reign of “Shazam!” in the top spot. The DC Comics superhero comedy was second with $17.3 million, continuing its strong run with a three-week domestic total of $121.3 million and giving Warner Bros. a 1-2 finish.

The inspirational “Breakthrough,” the first release from 20th Century Fox since Disney acquired the studio, was third with $11.1 million, a respectable opening for the modestly budgeted faith-based film.

The reign of “La Llorona” will not last. Its top finish came on a quiet Easter weekend as studios cleared a path for the wildly anticipated “Avengers: Endgame,” the Disney and Marvel juggernaut that should disintegrate all competition for several weeks to come.

Easter weekend saw very few new releases — and none with large budgets — giving smaller films like “La Llorona” a chance to sneak in a few dollars.

“Putting this movie in this sweet spot right before the opening of ‘Endgame’ really paid big dividends for Warner Bros.” said Paul Dergarabedian, senior media analyst for Comscore. “It was a brilliant stroke of scheduling to place a horror movie right there.”

The film overcame grim reviews (32% fresh on Rotten Tomatoes) to win over audiences. Some scholars and critics also harshly criticized the film for a marketing campaign that involved using traditional Mexican healers for “spiritual cleansings” before screenings.

It was one of three horror films in the top 10 over the weekend — “Pet Sematary” and “Us” were the other two — at the end of a winter-spring stretch that along with Halloween has become a heyday for the genre.

Next week, even though it will still be April, summer essentially begins for Hollywood as Disney looks for “Endgame” to have possibly the biggest opening of all time.

“The summer season usually doesn’t start until the first weekend of May, but Marvel can bend the calendar to their will,” Dergarabedian said. “They can say, ‘We’re going the last Friday in April, here’s your summer.'”

The receipts for “Captain Marvel” surged in its seventh week this weekend. It brought in $9.1 million to put it past $400 million in domestic box office, with audiences likely wanting to take in a small piece of the Marvel cinematic story before “Endgame.”

The comedy “Little” was fifth in its second week for Universal. “Dumbo” finally crossed the $100 million threshold as it faded to sixth in its fourth week of a disappointing performance for a live-action Disney release.

Read Next
Why Gabbi Garcia is scared of working with boyfriend Khalil Ramos
EDITORS' PICK
Countries with confirmed cases of coronavirus
Get exciting deals and discounts when you download the new McDonald’s App
China expands lockdown against virus, fast-tracks hospital
‘A greener, cleaner tomorrow’: A how-to guide for Filipinos who want to help with today’s energy crisis
SM continues to send relief assistance to remote towns in Batangas
FlipTop rapper Loonie freed on bail
MOST READ
Taal’s sulfur dioxide emission increases
No time for revelry; Tagaytay instead plans for alert level 5
Megan Young, Mikael Daez get married
FlipTop rapper Loonie freed on bail
Don't miss out on the latest news and information.