No bad blood between these SexBombs 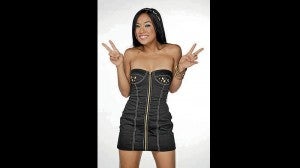 “I sat down with Ate Joy before I made my decision. She even suggested names of managers who are OK in her book,” Rochelle told Inquirer Entertainment at the press launch of GMA 7’s “Amaya.”

Rochelle was first seen on TV in the noontime game show “Eat Bulaga,” when she was just 14. In 2002, she joined the popular SexBomb Girls, an all-female singing, dancing and acting group.

Five years later, she left the group to pursue a singing career. As an actress, she was seen in Kapuso shows “Adik Sa ’Yo,” “Darna,” “Bubble Gang” and the musical “Diva.” Aside from “Amaya,” she is a regular in the sitcom “Show Me Da Manny” and the variety show “Party Pilipinas.”

Rochelle denies that her decision to leave Cancio was prompted by the transfer of the SexBomb Girls from “Eat Bulaga” to its rival show, “Happy Yippee Yehey,” on ABS-CBN.

“The group has been in that show for months before I left,” she explained. “I was also given the option to join them there, but I have a lot of other plans for myself.”

But Rochelle admitted that she felt Cancio was “too busy” with another group, Danz Focus. “She has over a hundred dancers to take care of. I understand her situation; I’m not bitter about it at all.”

Rochelle said she still hangs out with the SexBombs. “I started my career with them, and spent some of my happiest moments in show biz with them, so the group is important to me.”