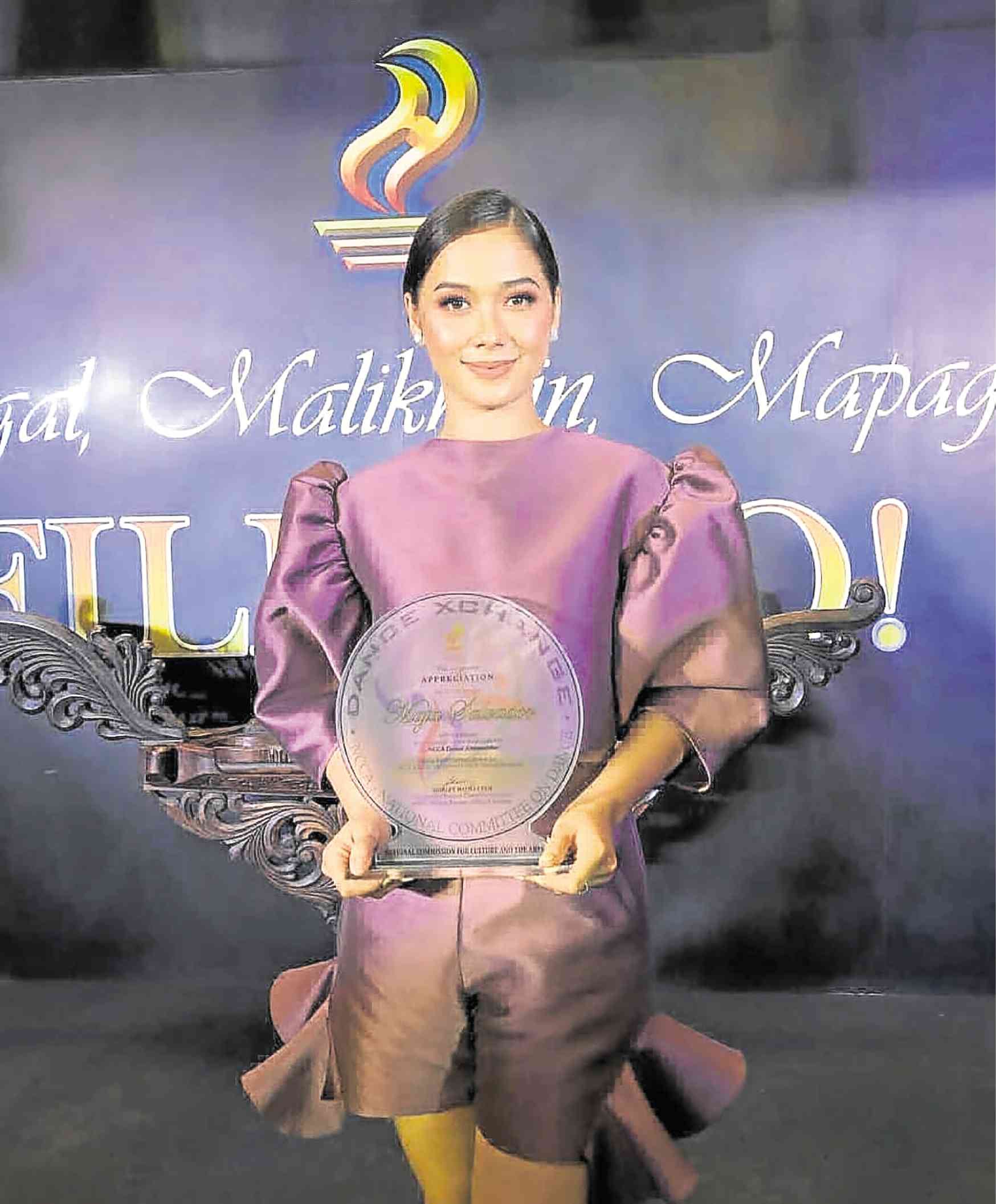 Actress and dancer Maja Salvador admitted that netizens questioning her credentials as one of the judges in the reality talent search “World of Dance Philippines” had also made her doubt herself.

“At one point, I also asked myself, ‘Bakit nga ba ako?’ Ms Joyce (Liquicia, business unit head), who has been my boss in (the Sunday variety show) ‘ASAP’ for 16 years, was the one who included me in ‘World of Dance Philippines,’” Maja said.

“I didn’t want to accept it, but she told me, ‘You deserve this. We didn’t give you the title Dance Princess for nothing. Don’t let all the things you’ve worked hard for—the production numbers and segments you’ve done—through the years all go to waste.’”

Sometimes, Maja observed, situations that you find yourself in will give you the validation you needed. After being a judge, Maja was launched as the dance ambassador of the National Commission for Culture and the Arts (NCCA) last Thursday.

“It felt good to know that people trust me and recognize my talent in dancing,” she declared. “Dance has helped me a lot in terms of my career. Before people began appreciating me as an actress, they first noticed my talent in dancing. After ‘It Might Be You,’ where the audience first saw me dance, my bosses made me join ‘ASAP.’”

As an ambassador, Maja said she would work on reminding the youth, “especially those who patronize international music and dance, to also try to learn to appreciate and love our own.”

The dance ambassador said she hoped to promote the traditional folk dance tinikling. “They (two bamboo poles) can be used to accompany either slow or fast music, just make a really good choreography,” she explained.

Maja said she dreamed of being able to perform alongside American singer-actress Jennifer Lopez. “I love dance because of her. I find her story, her journey, to be very inspiring. She was once a backup dancer. She worked her way up to becoming one of the biggest stars in Hollywood,” said Maja. “That’s what I always say, ‘There’s not a dream you can’t fulfill. You just have to believe in yourself.’”

Maja has promised to attend the annual Dance Xchange: The Philippine International Dance Workshop and Festival from April 26 to 30 in Roxas City, Capiz. The event, which commemorates the International Dance Day on April 29, will carry the theme “Cultural Connectivity Through Dance.”

On a personal level, Maja shared with reporters that she would be flying to the United States during the Holy Week with her boyfriend, Rambo Nuñez.

While she admitted in an interview that she met Rambo nine years ago, Maja refused to talk much about him. “I have always been like that. When I have a boyfriend, I don’t give full details. I may be a public figure, but I want that part of my life to be private. At least I willingly share with you how happy I am now,” she pointed out. “We’re happy together because he understands the demands of my work.”

Maja also said her boyfriend has gotten used to the attention now that he is linked to a popular show biz celebrity. “He got surprised because the number of his followers (on Instagram) suddenly grew. When he doesn’t post photos of the two of us, his followers would ask, ‘LQ (lovers’ quarrel) ba kayo ni Ate Maja?’ He just laughs this off. It’s always one of our topics when we’re together. It’s funny how we feel like we’re love-team partners, how people closely watch what’s happening between us.”

The actress said she has already met Rambo’s family and that her mom adores him. “When I would ask my mom out, she would first ask if (Rambo) would be joining us. If I say he wouldn’t, she’d say ‘no,’ too. Sometimes, I would ask her, ‘Ako ba ang anak mo o siya?’”