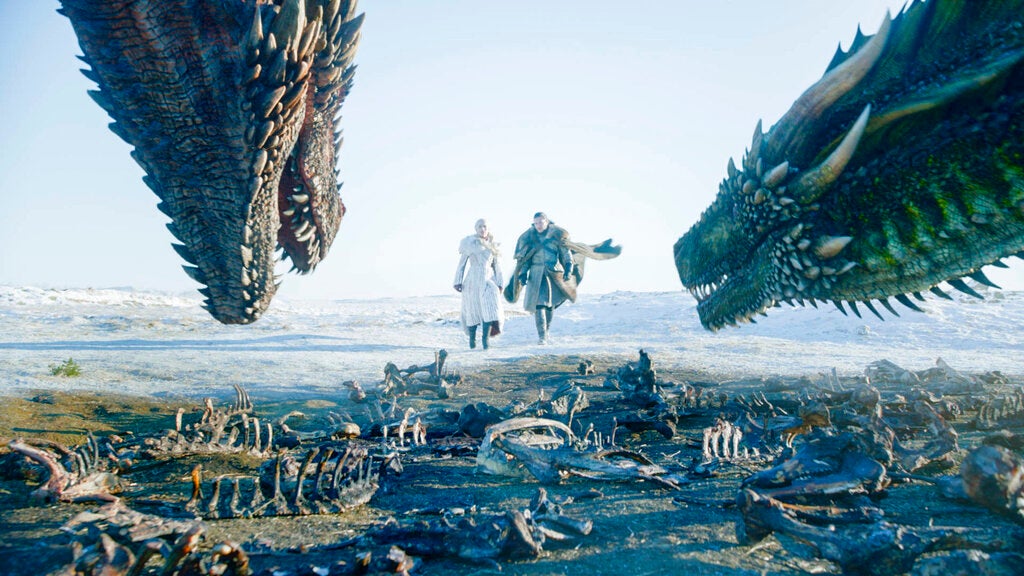 This image released by HBO shows Emilia Clarke, left, and Kit Harington in a scene from “Game of Thrones,” premiering on Sunday, April 14.  (HBO via AP)

LOS ANGELES — The first episode of the final season of “Game of Thrones” is a record-breaker for the series and HBO.

The pay channel said the 17.4 million viewers who watched Sunday’s episode either on TV or online represent a season-opening high for the fantasy saga.

The episode topped the 16.1 million who saw the seventh-season premiere and the 16.9 million who watched that season’s finale.