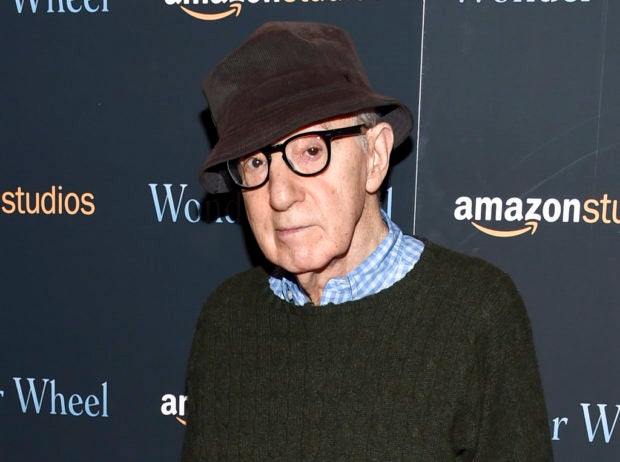 NEW YORK — Woody Allen breached his four-movie deal with the online giant by making statements about the #MeToo movement that damaged prospects for promoting his films, an Amazon lawyer said Friday.

Attorney Robert Klieger told U.S. District Judge Denise Cote that the company protected itself after Allen made “public comments that at a minimum were insensitive to the #MeToo movement.”

The hearing was related to a lawsuit Allen filed in February seeking at least $68 million (around P3.5 billion) in damages. The lawsuit said Amazon ended his 2017 contract in June without ever releasing a completed film, “A Rainy Day in New York.”

Allen was not in court. John Quinn, his lawyer, told the judge that Seattle-based Amazon initially claimed it was ending the deal because of allegations made against Allen, not because of his recent statements.

“The baseless allegations against Mr. Allen are decades old,” Quinn said. He added that the claims were well known when Amazon signed its deal with Allen in August 2017.

Allen’s adopted daughter, Dylan Farrow, said in 1992 that Allen molested her in an attic when she was 7. Allen has repeatedly denied it.

In 2014, Farrow wrote about the allegations and then appeared in an interview early last year for the first time.

Quinn said Amazon has since changed its explanation for terminating the contract to blaming Allen for making statements saying that the #MeToo movement should not become a witch hunt.

The lawyer said the company had also cited claims that people in the industry won’t work with Allen.

Regardless, Quinn said, Allen planned to produce a new movie this summer.

“The article became the catalyst for a broad reckoning over the persistence of sexual harassment in entertainment and other industries,” Amazon’s lawyers wrote.

They said Allen then made a series of public comments “suggesting that he failed to grasp the gravity of the issues or the implications for his own career.”

They cited several quotes by Allen in a magazine article including: “You don’t want it to lead to a witch-hunt atmosphere, a Salem atmosphere, where every guy in an office who winks at a woman is suddenly having to call a lawyer to defend himself.”

They also noted that after Dylan Farrow recounted her memories of sexual abuse in January 2018, Allen publicly dismissed the statements in a newspaper article as “cynically using” #MeToo for attention.

Klieger told the judge Allen’s public comments resulted in controversy “in Hollywood and outside of Hollywood.”

The effect of the comments mean the pictures can no longer be made or promoted, Klieger said.

After hearing both lawyers, the judge set a case schedule stretching into next year.

Allen and possibly Amazon founder Jeff Bezos, among others, were likely to provide depositions unless the case is resolved through private mediation in coming weeks. MKH

Amazon Sued For $68 Million Over Breach of Contract