‘We were synth punks’ 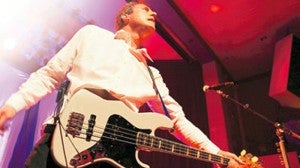 Orchestral Manoeuvres in the Dark (OMD) was part of the vibrant British new wave music scene in the 1980s that emphasized the synthesizer as lead instrument. Acknowledging the experimental electronic sounds of German group Kraftwerk and British composer Brian Eno as early influences, OMD achieved commercial success with a string of hits, including “Enola Gay” and “If You Leave.”

The band broke up in 1988, but cofounder and lead singer Andy McCluskey carried on with a rotating crew. The good news is that McCluskey has reunited with his original bandmates Paul Humphreys, Malcolm Holmes and Martin Cooper. In 2010, it recorded a new album, “History of Modern,” also the name of its current tour that is coming to Manila on March 12, at the Smart Araneta Coliseum.

What attracted you to electronic keyboard music?

Paul and I wanted to do something different from what we considered the rock clichés of the 1960s and ’70s. Kraftwerk and Eno made music that we loved. We were not great musicians, so we created our own primitive way of writing on the machines.

You formed several bands with Paul Humphreys before settling down with OMD. How aware were you at the time that something big was about to happen, with England’s growing synth-pop scene?

Music was our hobby. We had no dreams of being pop stars. Synth music from 1976 to ’78 was not pop; it was alternative. Even our best friends hated what we were doing. We had no idea that, a few years later, there would be a “synth-pop” explosion. The first British bands to play synths all started independently and had no knowledge that others were doing the same.

Did you see any relationship between punk rock and synth-pop in the context of British new wave music?

Yes, there was a connection. Firstly, we adopted the punk ethos of “it doesn’t matter if you are not a great musician, just do it.” We were synth punks. Also, the punk and new wave clubs around England were receptive to bands that were trying to do something new.

Much of OMD music has a dance beat. But the subject of “Enola Gay” is very serious. Did you deliberately write it as an anti-war song?

I am fascinated by people who see the world in black and white. War is the ultimate expression of this: “I am right. You are wrong, and I will kill you.” Paul and I were always rather nerdy about WWII aeroplanes and, obviously, Enola Gay is the most famous plane of the era. The song was not so much anti-war as exploring the morality of dropping an atom bomb in an aeroplane named after the pilot’s mother.

Tell us about the best and worst times at the height of OMD’s popularity.

The first time we held a record of our own in our hands was amazing. The first time on “Top of the Pops,” the iconic British TV music program, was strangely exciting. Looking back, we wish that we had been strong enough to tell record companies that we needed more time to make better records. We rushed a few albums; we could have done better.

The original band broke up and you went on using OMD with a rotating crew. What motivated you to reunite with Paul, Malcolm and Martin? 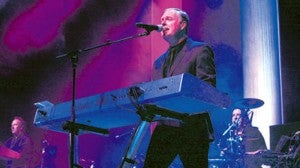 We all wanted to play together again and we had put our differences behind us. The four of us feel right.

OMD’s comeback album, “History of Modern,” received mixed reviews. In your opinion, what is good and bad about the record?

“History of Modern” actually got mostly very good reviews. The few complaints came from “fans” who are a little too concerned about us using the “wrong” type of synthesizer. You can never satisfy the nerds.

How does it feel to be touring again at your age?

I am pleasantly surprised that we are still allowed to tour. The audiences are great, and we play very well with lots of energy and passion. Unfortunately, I still dance crazily and my left knee keeps trying to tell me that, even though my head thinks that I am 25, my knees are 52 years old.

What can fans look forward to in your Manila concert?

We always give 100 percent of ourselves in concerts. We feel that we have an obligation to give a great performance. We will play all songs that people know exactly as they remember them. We will be brilliant!