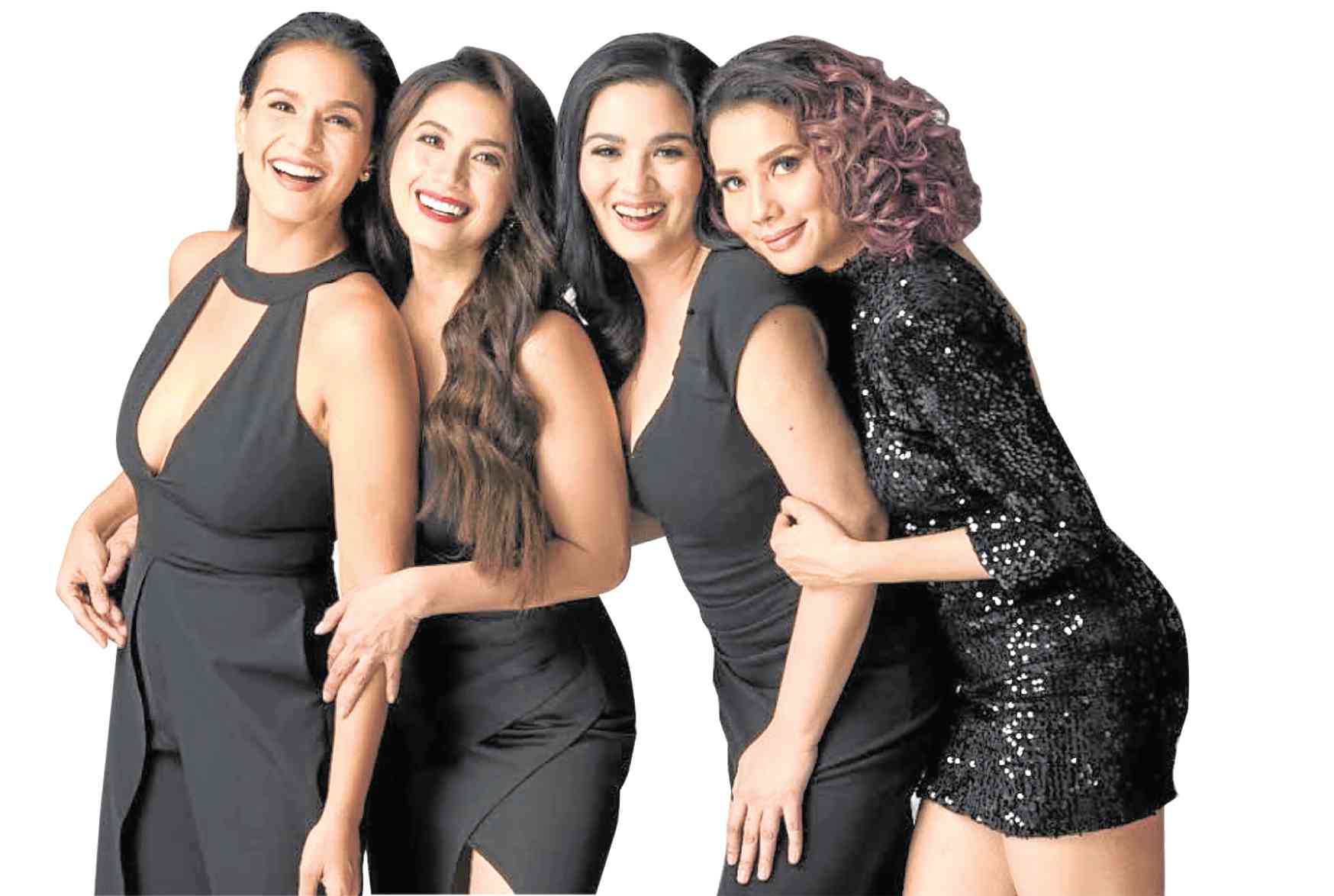 Even if GMA 7’s “Encantadia” has long folded up, the bond of its four original Sang’gres—Karylle, Sunshine Dizon, Diana Zubiri and Iza Calzado—remains intact. The besties reunite onscreen in “Mystified,” a fantasy movie on iflix that serves as the first project of their Sang’gres Productions.

The Fab Four portray friends who possess magical powers such as invisibility, telekinesis and fire blast. They must defend the world from an evil being who wants to eliminate nonmagical people.

As the tagline of their film goes, “Not all witches are wicked.” Let the force of the Fierce Four bewitch you.

Here’s my chat with Karylle:

Tell us a bit about “Mystified.” It tells the story of four individuals who join forces for the common good. It’s wrapped up in magic, action and friendship, and unfolds in a mysterious realm.

Why did you venture into producing? We have been patiently waiting for our dream project for too long, so we finally realized that we could take matters into our own hands. We plan to produce more movies.

What makes your sisterhood with Iza, Sunshine and Diana work? It’s something I can’t quite explain, but inexplicable chemistry forms when we’re complete.

It’s funny because we were comparing it to a love team at one point, and I’m glad it doesn’t get complicated like that.

Love, respect and support are key factors in our relationship.

What’s the craziest thing have the four of you done together? Nothing too crazy yet, just a lot of very noisy laugh trips.

How do the four of you handle misunderstandings? The biggest challenge for now would be finding common free time.

It can get frustrating, but we find a way to make it work. When one is tired or sleepy, another one shares her energy.

When do you and Yael (Yuzon, her husband) plan to have a baby? I think it will happen when we least expect it.

What’s your birthday gift to yourself ? I’m having a desk made by Manila Maker. I have so many pens, ink bottles and cards, so I want the desk to have all those cute little drawers.

What mystifies you? I love watching how impossible things get fixed, and how everything magically comes together.

Bea Alonzo is a self-confessed “scaredy-cat” (matatakutin). So it’s quite amazing how she was able to conquer her fear in the horror flick, “Eerie.”

In it, she turns in yet another award-worthy portrayal. The movie creeped me out from start to finish. Brace yourself. Watch it—and watch out!