MANILA, Philippines  – Messages of support and love poured in for actress Loisa Andalio after she broke her silence following an alleged video scandal.

Friends and colleagues from the entertainment industry flocked to the comments section of Andalio’s latest Instagram post on Friday. 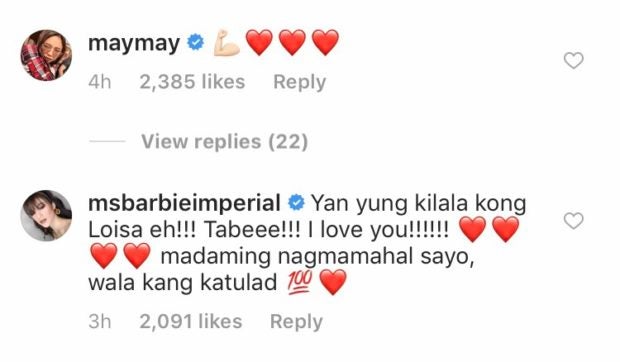 Meanwhile, other stars sent words of encouragement to Andalio, including singer Yeng Constantino who wrote: Yakap. Kaya mo to!

Fans also extended  Andalio lots of love and admired the actress for being strong amid trying times.

They also told the actress to brush off negativity coming from some people.

Last week, a daring video which allegedly involved Andalio surfaced on Facebook, but has since been deleted.

The actress eventually broke her silence with an Instagram update.

“No one can beat a woman who refuses to give up on herself,” she wrote in the caption of her post. / gsg