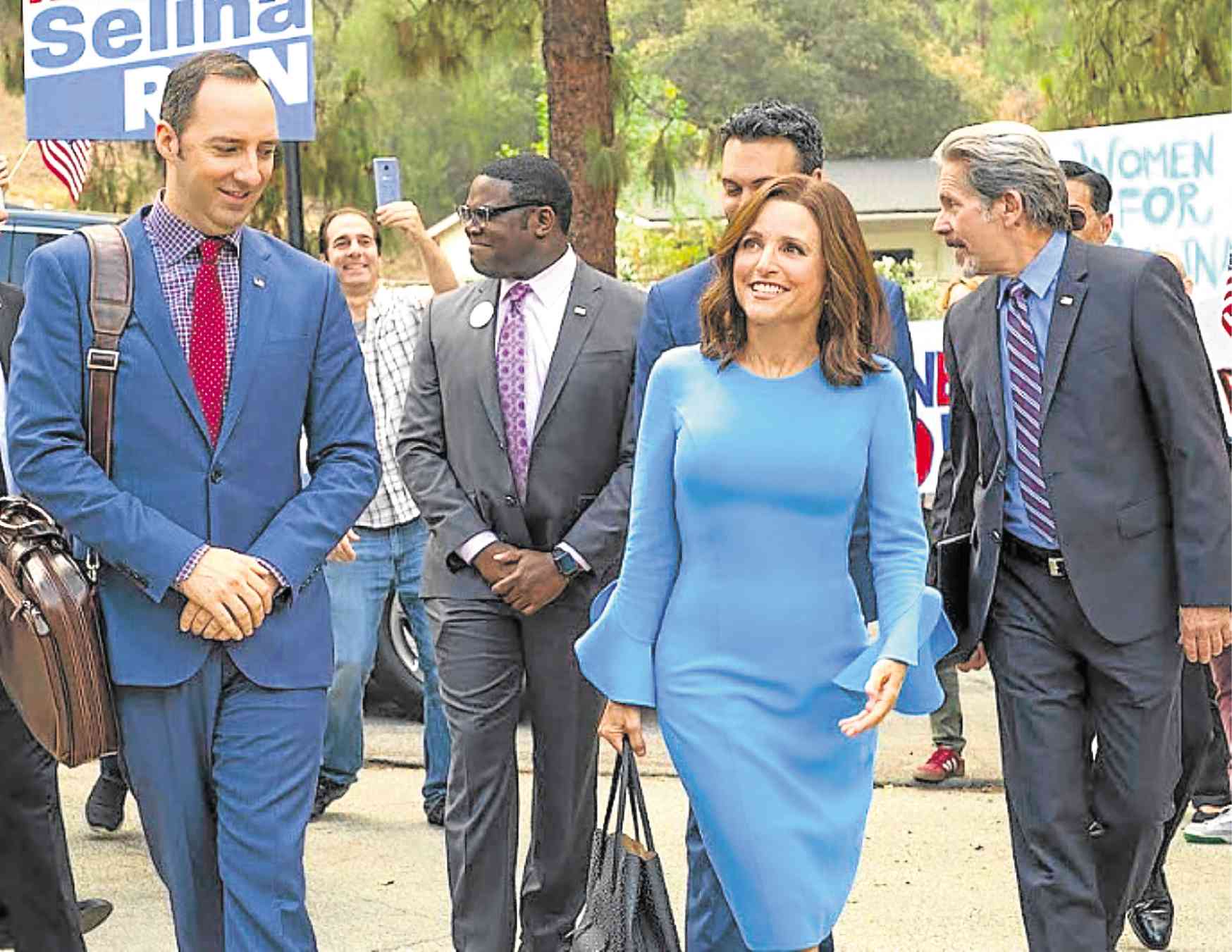 Scene from the final season of “Veep” —Photos from HBO

The Emmy-winning political satire “Veep” requires no revving up as it launches its seventh and final season on April 1 at 10:30 a.m. The seven-episode finale, which has a same-day encore at 11:30 p.m. on HBO and HBO Go, cleverly does away with schmaltz that often bookends productions that are about to fold.

But keep those hankies for now because “Veep,” for its first three episodes at least, sprints to the finish line by doing what it does best—making people laugh.

Fans of the show will surely miss Selina Meyer (Julia Louis-Dreyfus)—with her obsequious personal assistant Gary Walsh (Tony Hale) in tow, of course—when she finally bids her “constituents” goodbye. But we digress.

Even if Selina didn’t win all her hard-fought battles, she has always made an indelible mark on viewers as she and her loony crew poked irreverent fun at politics and its practitioners.

After Selina and her former White House liaison Jonah Ryan (Timothy Simons, who’s laugh-out-loud funny) decide to go mano-a-mano for the presidency at the tail end of Season 6, we see former US president Selina struggling to get the support of crucial power players, like closeted ex-record producer Felix Wade (William Fichtner), to keep her political rivals at bay. 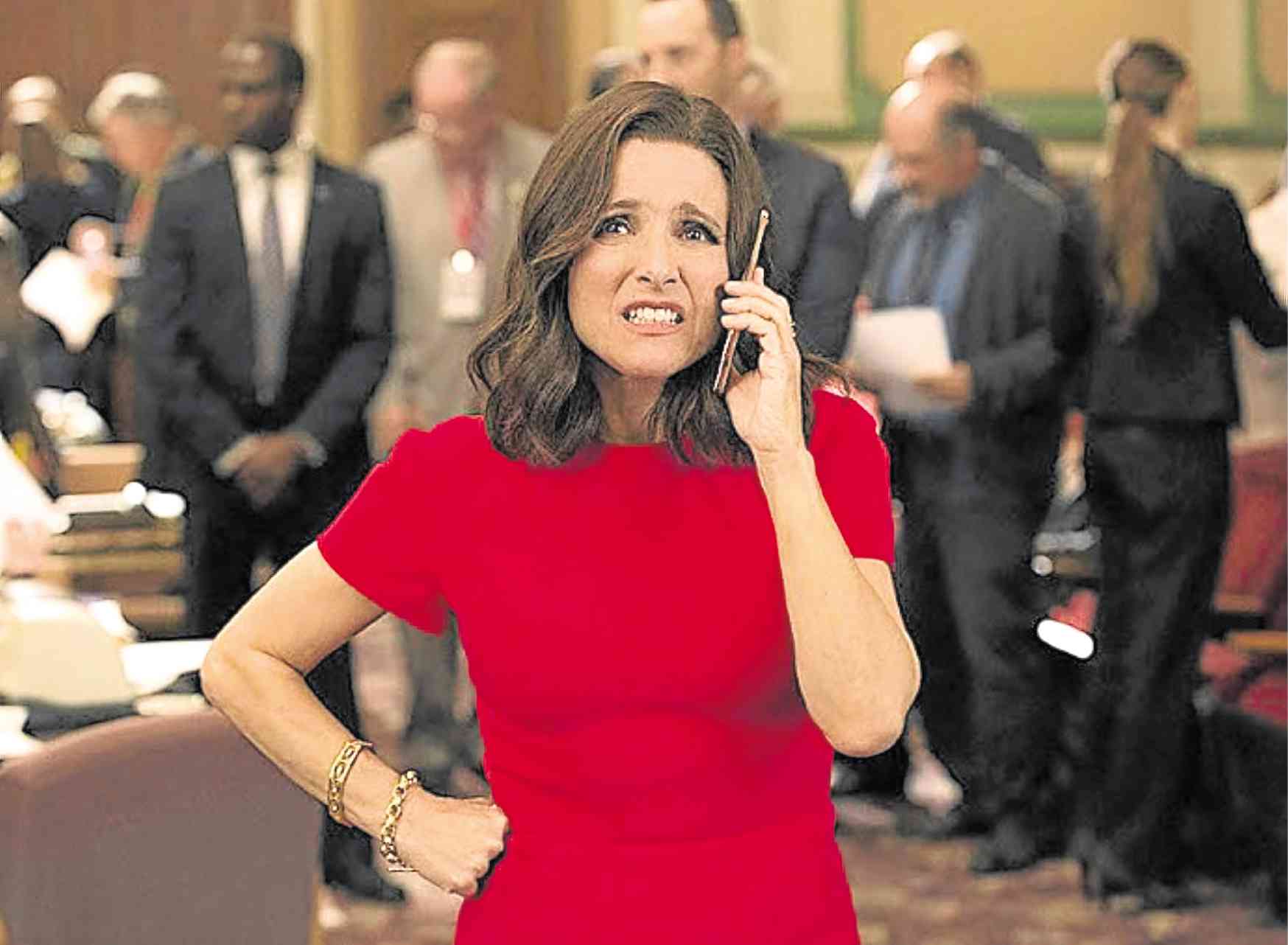 She isn’t really worried about Jonah, who has a lot of explaining to do for marrying his stepsister. More than that, he keeps bungling his deliberately staged PR stunts because of his inherent political incorrectness.

Selina has her own woes to worry about. While she has the spunk and drive to make another run for the most powerful office in the world, she isn’t quite ready to win over America just yet.

When she isn’t hurdling her staff’s occasional incompetence—like when her campaign contingent in Iowa ended up flying to Cedar Falls, instead of Cedar Rapids some 60 miles away—she is busy clearing her name after she’s dragged into the corruption allegations against her ex-husband.

Selina says she intends to effect “meaningful change” after seizing the presidency the first time around. By “taking a dump on the glass ceiling,” she asserts, America owes her an eight-year stay at the White House. 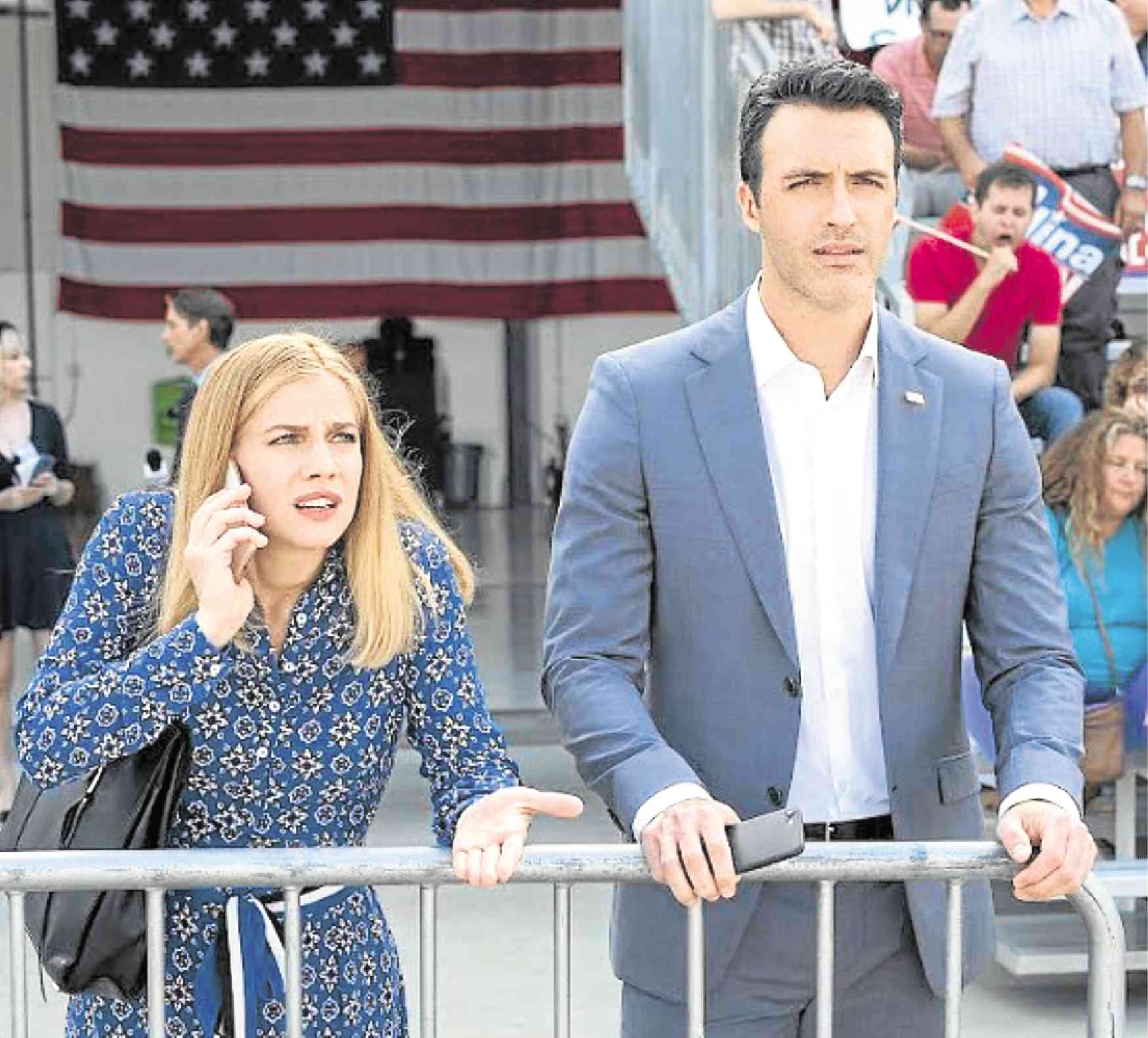 But first things first. Her immediate concern is to thwart the sudden surge in the popularity of Sen. Tom James (Hugh Laurie), who shares secret smooches with Selina when he isn’t romancing his deputy chief of staff.

If Kemi decides to support another candidate, Selina is prepared to “muddy up” her wholesome image by concocting scandalous but untrue allegations about the former’s dead husband.

Selina isn’t very pleased with Catherine’s unconventional “arrangement,” but finds it convenient to use her black grandchild as a campaign “prop” to win over African-American voters. 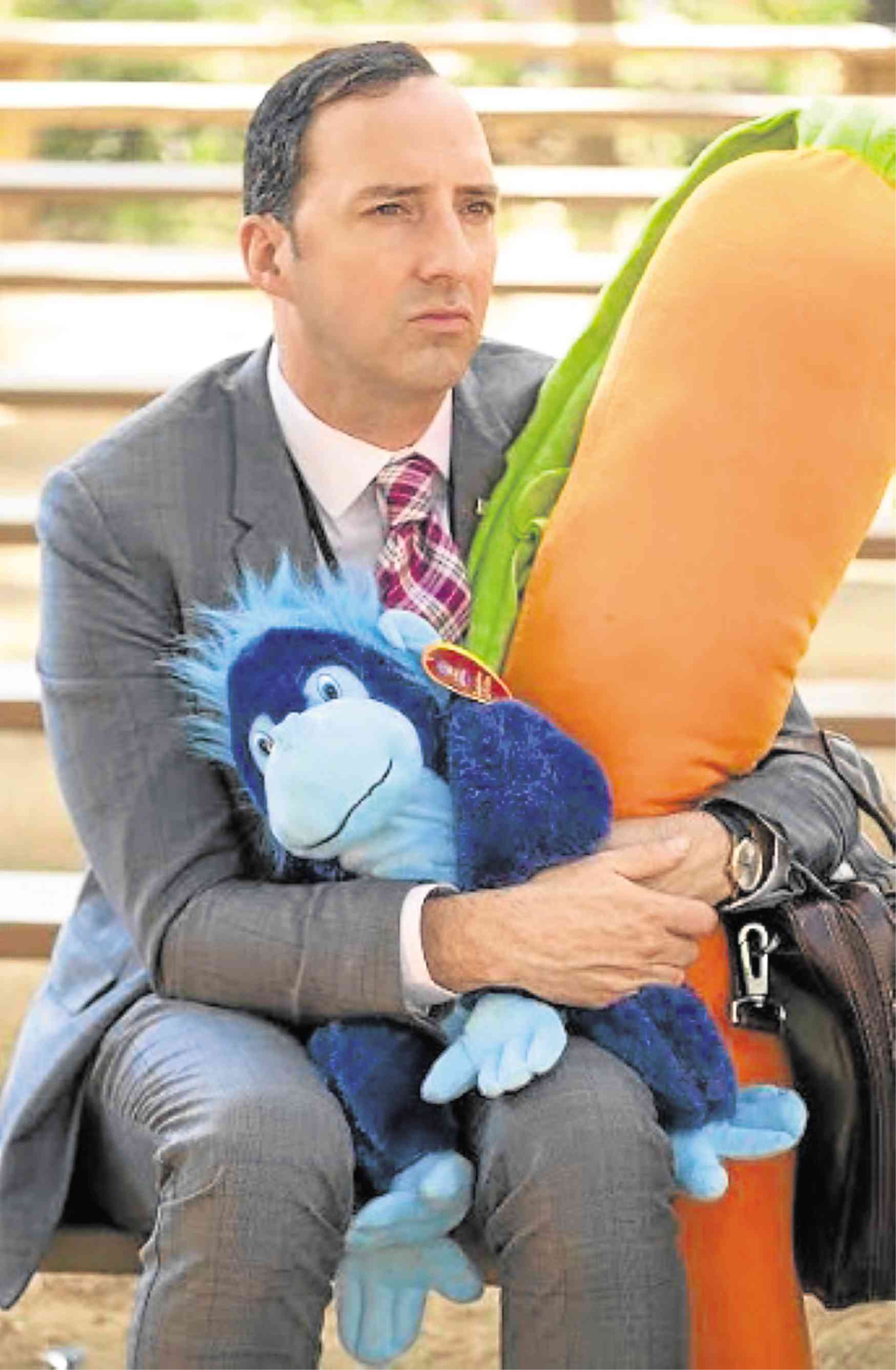 Selina’s troubleshooting chief of staff, Amy (Anna Chlumsky), who’s keeping her affair with colleague Dan (Reid Scott) under wraps, suddenly finds herself stuck in an even “deeper sh*thole” when she realizes she’s pregnant.

But keeping her “delicate condition” a secret creates unnecessary complications. When Gary sees Amy vomiting repeatedly, he puts two and two together and tells Selina that Amy is … bulimic!

Amy’s situation spirals downward when she catches Dan in bed with another woman. Thereafter, she mulls over the possibility of aborting the baby. Talk about difficult stages on an extended obstacle course!

Will Selina become president again with all these problems popping up on the campaign trail? That we will have to find out in the show’s remaining episodes.

But however this story ends for Selina, we can take comfort in Julia Louis-Dreyfus’ statement to reporters at a recent press tour. “Where our show ends up ultimately is a place I’m very happy about,” she said cryptically. “And I think it will surprise viewers, too.”