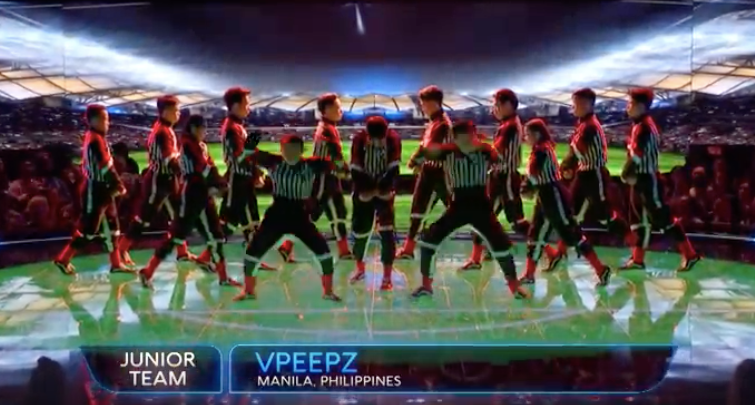 MANILA, Philippines — Young Filipino dance group VPeepz has smashed the competitors from the Belgium Battle Droids during “The Duels” of the American dance competition “World of Dance.”

VPeepz, composed of dancers from 11 to 16 years old, beat Battle Droids from Belgium with their dance routine of Eve’s “Tambourine.”

Judge Jennifer Lopez praised how clean their performance was and said it was exactly what she looks for.

“That was a thing that stood out the most. I was like, is it perfectly clean every single step right now? And you guys were hitting it so hard, and that’s what I look for too. I was like, can you keep up the intensity? And you guys absolutely did,” Lopez said.

While judge Derek Hough pointed out a minor mishap in their routine, he said, “Overall, you all did your thing, you all did it.”

VPeepz received an average score of 92 while Battle Droids received 90, advancing the former to the competition’s next round called “The Cut.”

The third season of “World of Dance” premiered last February 26, 2019. The winner of the competition will receive a grand prize of one million dollars. /jpv

READ: Filipino group advances to next round of US ‘World of Dance’