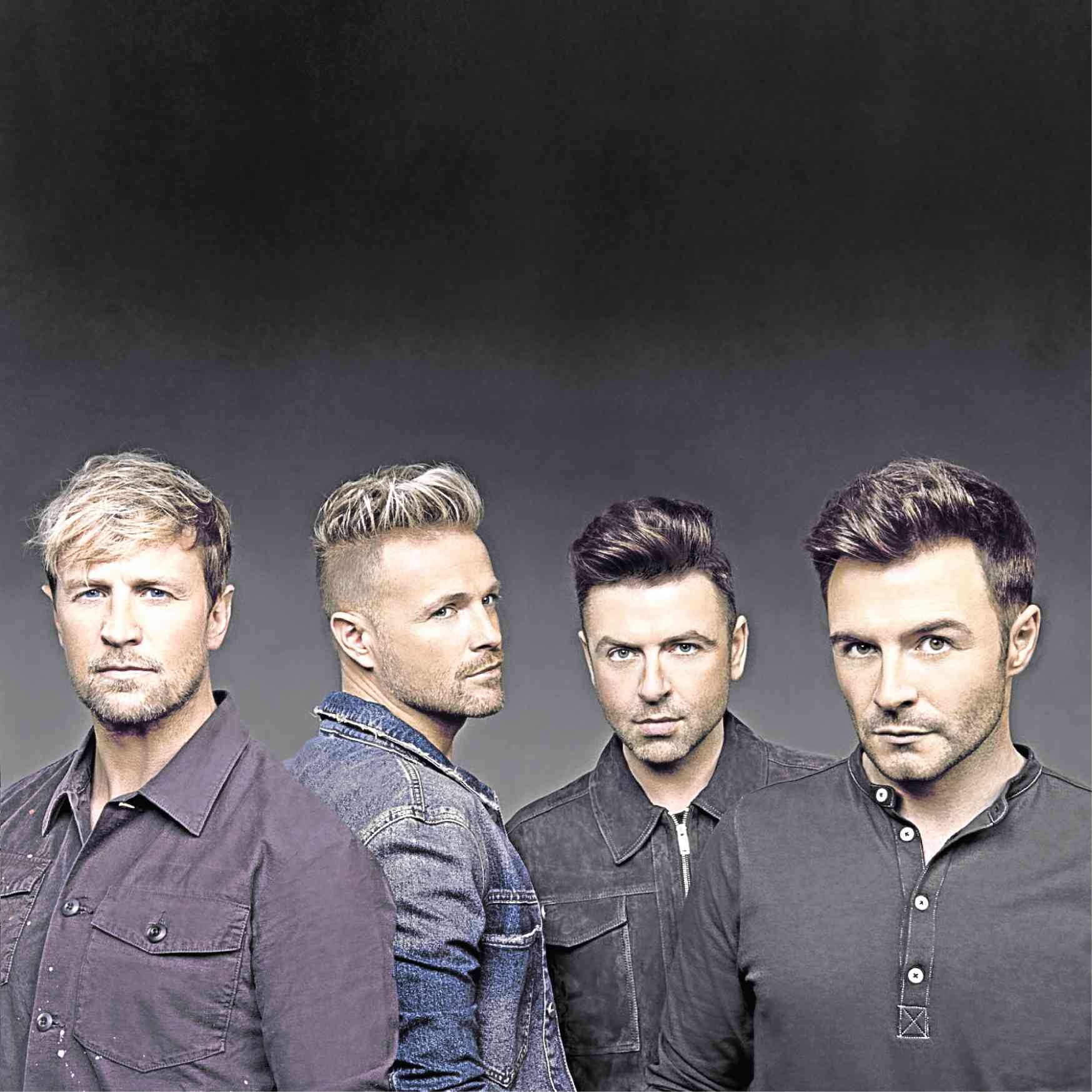 Seven years after they parted ways, singers Nicky Byrne, Kian Egan, Mark Feehily and Shane Filan—members of the popular 2000s boy band Westlife—are reuniting to celebrate their 20th anniversary in the music business with a series of concerts in Europe and Asia starting in May.

For the Manila leg of the pop group’s “The Twenty Tour,” the four Irish lads will take the stage at the Smart Araneta Coliseum on July 30, according to local promoter Wilbros Live. (Tickets on sale on March 30; call 911-5555.)

At a press conference in Dublin in October—videos of which were uploaded on YouTube—Kian said he and the others toyed with the idea of getting back more than a year ago. “We started chatting and reminiscing till we came to the point where we were asking ourselves if we were going to do it again,” he said.

Westlife, which has 14 No. 1 hits in the United Kingdom and has sold over 55 million records worldwide, is known for their ballad-heavy discography, which includes “Swear It Again,” “If I Let You Go,” “Flying Without Wings,” “Fool Again” and “My Love.”

Brian McFadden, who was part of the band’s original lineup, won’t be taking part in the reunion; he left in 2004, after six years with Westlife. “We went on for eight more years after he left—a lot longer than we were with him. And we have always been a four-piece band since then,” Shane explained.

And as they began embarking on their awaited comeback, Shane, Mark, Kian and Nicky made sure to come out with new material. Their new single, “Hello, My Love,” was cowritten by Ed Sheeran. According to previous reports, Westlife and Ed collaborated on at least three songs, which is expected to be on the band’s upcoming 11th studio album.

“This is Westlife 2.0—things should be bigger and better this time around,” Kian stressed. “We don’t want to do mere tributes to our past selves.”—ALLAN POLICARPIO