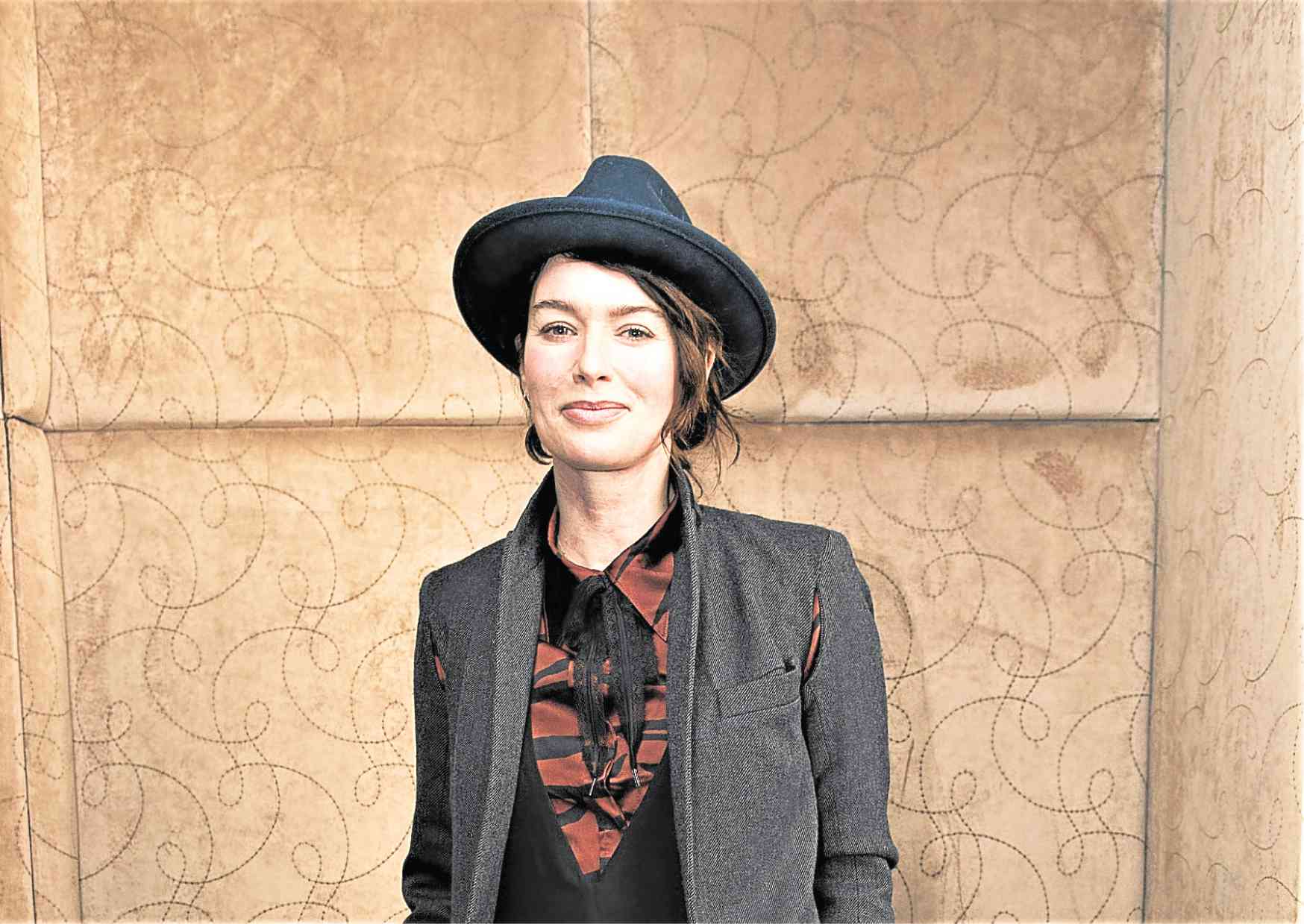 LOS ANGELES—“I am!” Nikolaj Coster-Waldau exclaimed when asked if he is fine with the character who gets to sit on the throne in the final episode of “Game of Thrones.” But then, he caught himself and quickly uttered a sentence with an emphatic “if”: “If anyone ends up on the throne.”

In this third and final part of our series on the last season of “Game of Thrones,” we continue our report on our interviews, several in London, and set visits in Northern Ireland last year.

Nikolaj, who portrays one of the beloved characters—Jaime Lannister (whose sword hand was cut off by the Bannermen for House Bolton)—wants a unique prop as his souvenir. He wants the prosthetic hand.

“It’s not going to happen, though,” Nikolaj said. “I’m sure it’s going to end up in some museum, but I would like the hand. That’s the coolest prop in the world (laughs).”

Smiling, the actor revealed a “side effect” of acting and fighting with the left hand in his one-handed scenes: “I have noticed that for some reason, I always pick my nose with my left hand now. One day, I was suddenly just going at it and was like, ‘Oh, my God, that’s creepy.’ Because I always pride myself that I leave work at work.” 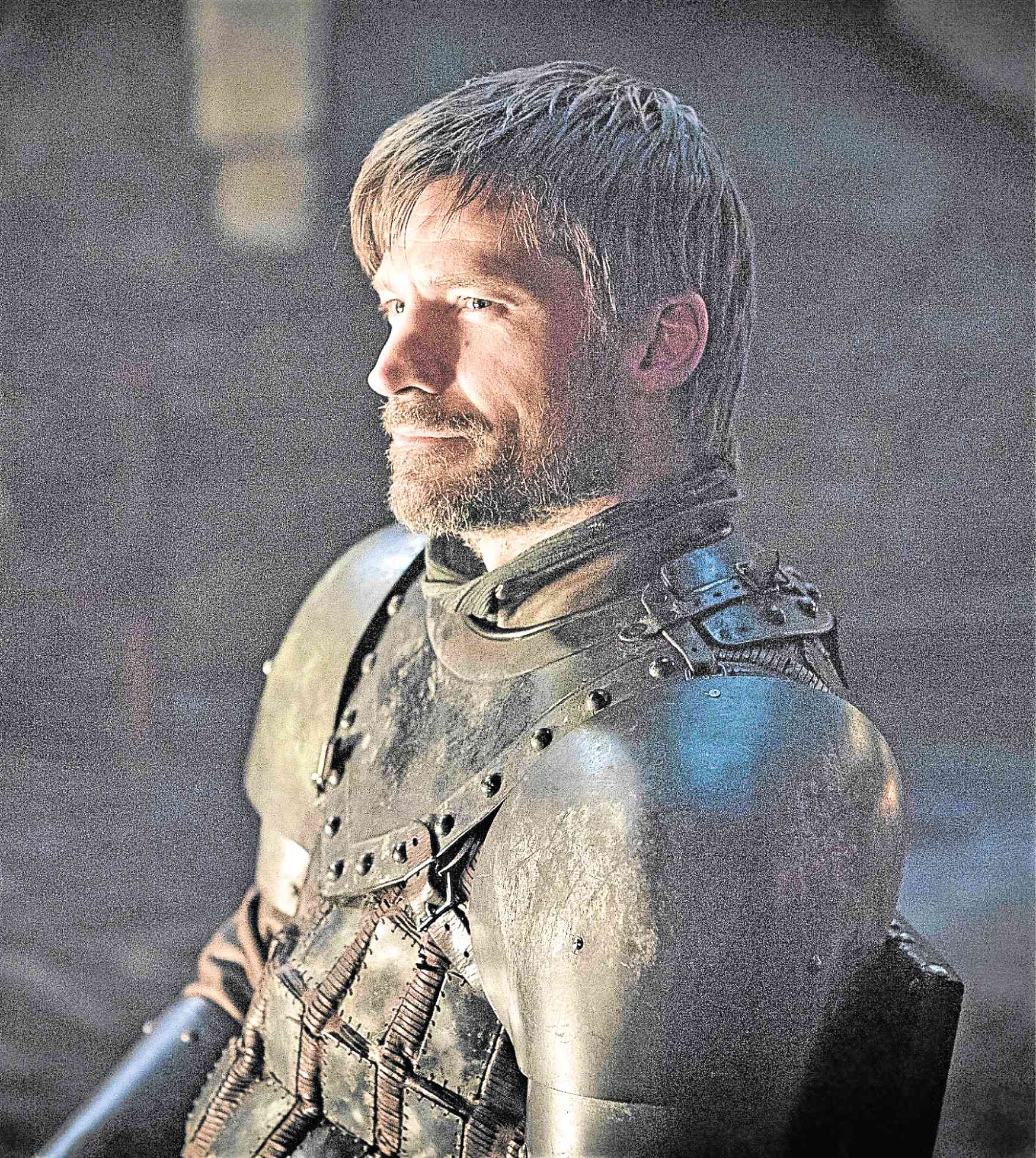 Nikolaj, asked what he would change if he can write the story of Jaime, brought up the incestuous relationship of the character with Cersei (Lena Headey). “It would be a very different book. Jaime would get to a point when he was 14. His sister suddenly made a weird pass at him (laughs) and he’d say, ‘Cersei, I like you as a sister, but this is just weird.’ I figure that would be the first big change.

“Once his sister becomes the queen and he comes back, I would have also advised against continuing that relationship in an intimate way, because now she’s pregnant again. He could just run away.”

“If HBO had its way, they would all have that ‘Men in Black’ whole thing,” Nikolaj quipped about all the precaution and tight security that the cable network implemented to ensure that the details of the eighth and final season would be a secret until the episodes are aired starting in April. He was referring to the gadget that erased memories, the Neuralizer. 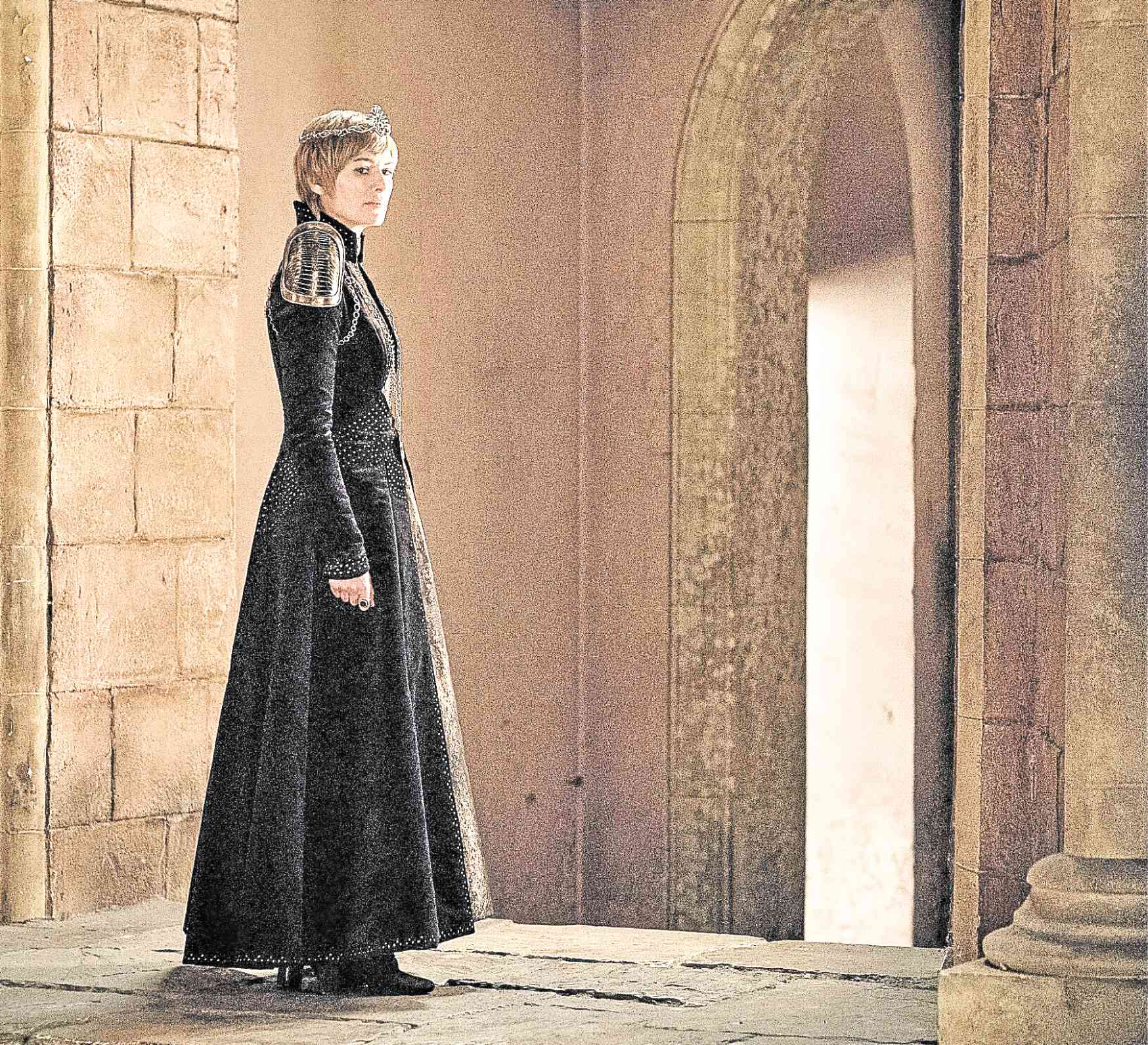 “There’s been so many,” Lena Headey said about what her character Cersei’s unforgettable moments are with Nikolaj’s Jaime. “Most of my intense scenes are with Nik, so we just get on with it that way. Most of the funny moments happen with Conleth Hill and Peter Dinklage, usually involving me falling down the steps (laughs) in seemingly every scene we have together. It’s like a joke.”

Also one of the series’ gripping scenes was Cersei’s “walk of shame” in the nude, which climaxed Season 5. “I wasn’t naked,” Lena clarified. A body double was used, and the visual effects team merged the two performances. “I was in a bikini kind of situation. I know all these people. In acting, I like to be where I need to be emotionally, and being naked for that moment would have distracted me. I would have felt very aware.

“So, we had the wonderful effects person who did the nudity look and I was just there to do the emotional, physical walk. It was three days, so it was quite an intense shoot.”

For Lena, who shot her scenes mostly in the studio, there wasn’t much downtime to allow her to play around with castmates. “I find myself just learning lines because we have pages of dialogue and David (Benioff) and Dan (Weiss) are very specific about words. You’re not allowed to change any of it, which is a huge challenge for me. Sometimes, you wing it and you think, oh they won’t know, but they know.

“So, I’m usually just studying stuff or eating biscuits, but there’s not a lot of downtime, really. Those guys who are out there in the fields have more downtime while I’m usually stuck in the studio, so it’s a controlled environment. My day tends to be very quick.” 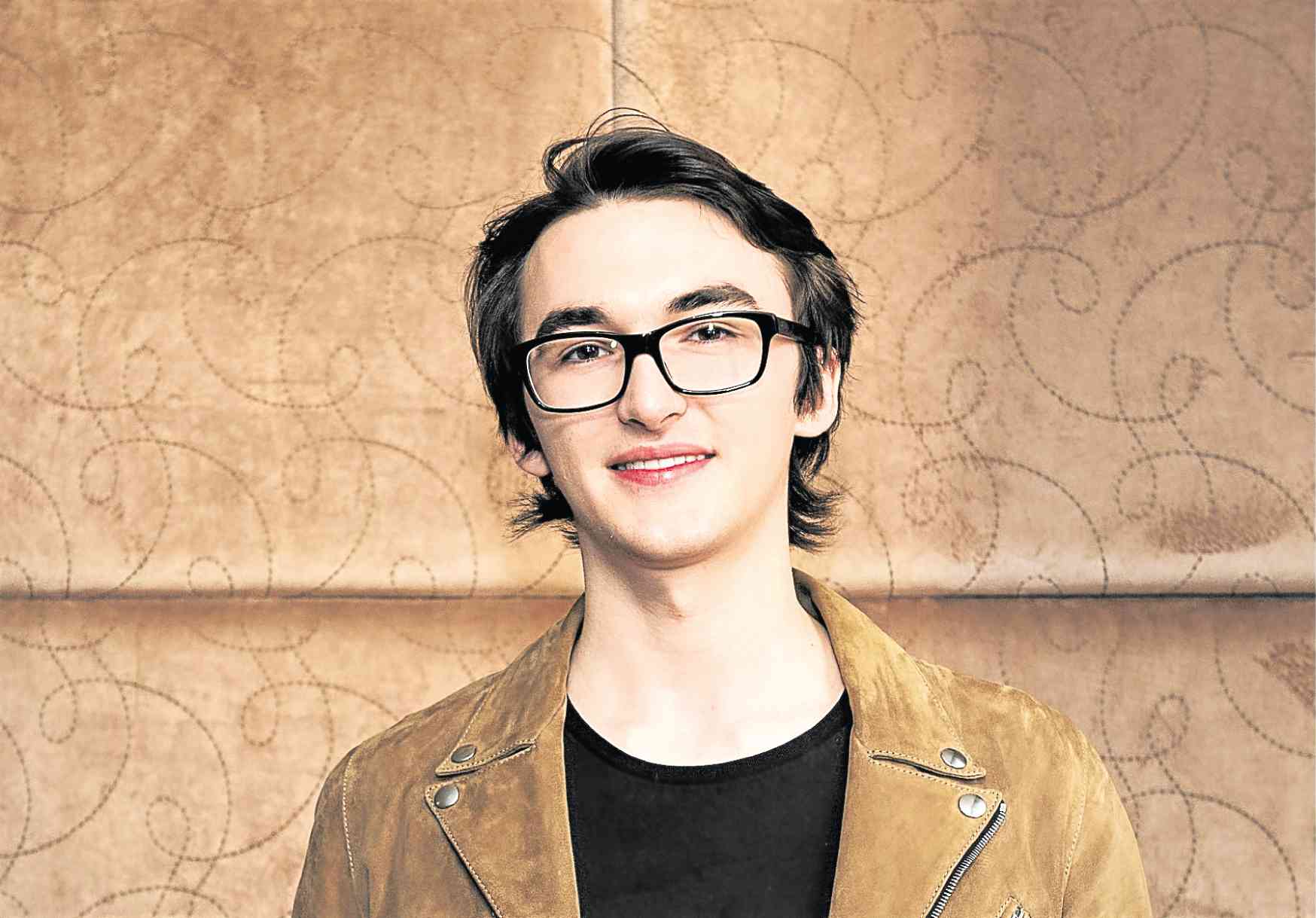 On the show’s ending, Isaac can only say, “No, I definitely didn’t see it coming. I had to get up and walk around the room and go, OK, that’s how this all works out.” 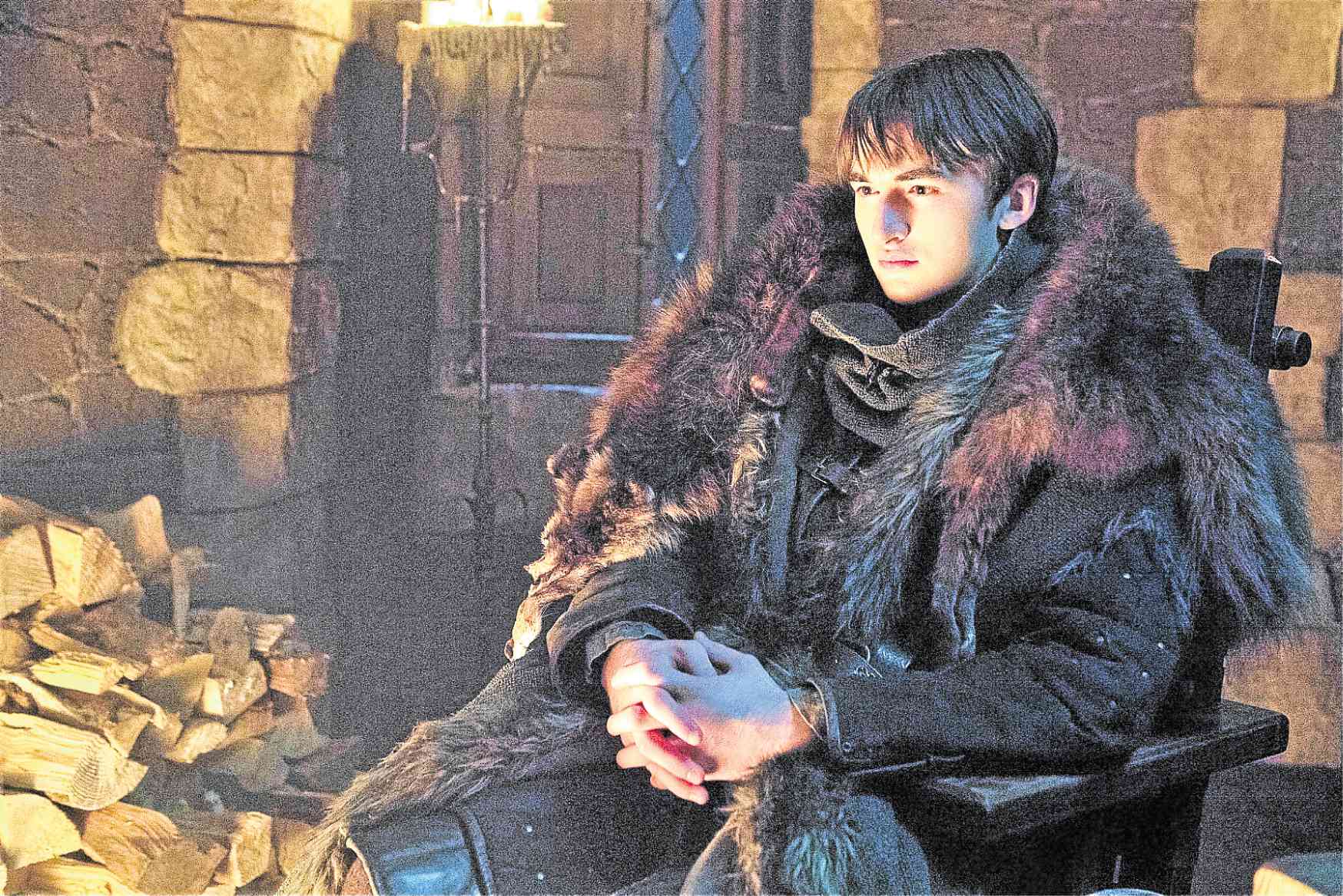 Like Nikolaj, Isaac also has an unusual prop that he covets. “I thought it was a shame that Bran gave away that dagger to Arya because I really liked that. Bran’s wheelchair is actually pretty cool. It’s an amazing product of medieval engineering, and it’s really comfortable. Whenever we’re doing grueling long shoots in the cold, everyone’s sort of having a tough time, but I’m relaxing back in my wheelchair.

“That wheelchair also holds up a big piece of symbolism for Bran in so far as he’s an immobile boy who’s actually completely mobile through his mind, being able to go back in time and look through things. So that wheelchair would be fun to keep. It would be an interesting armchair in the living room.” 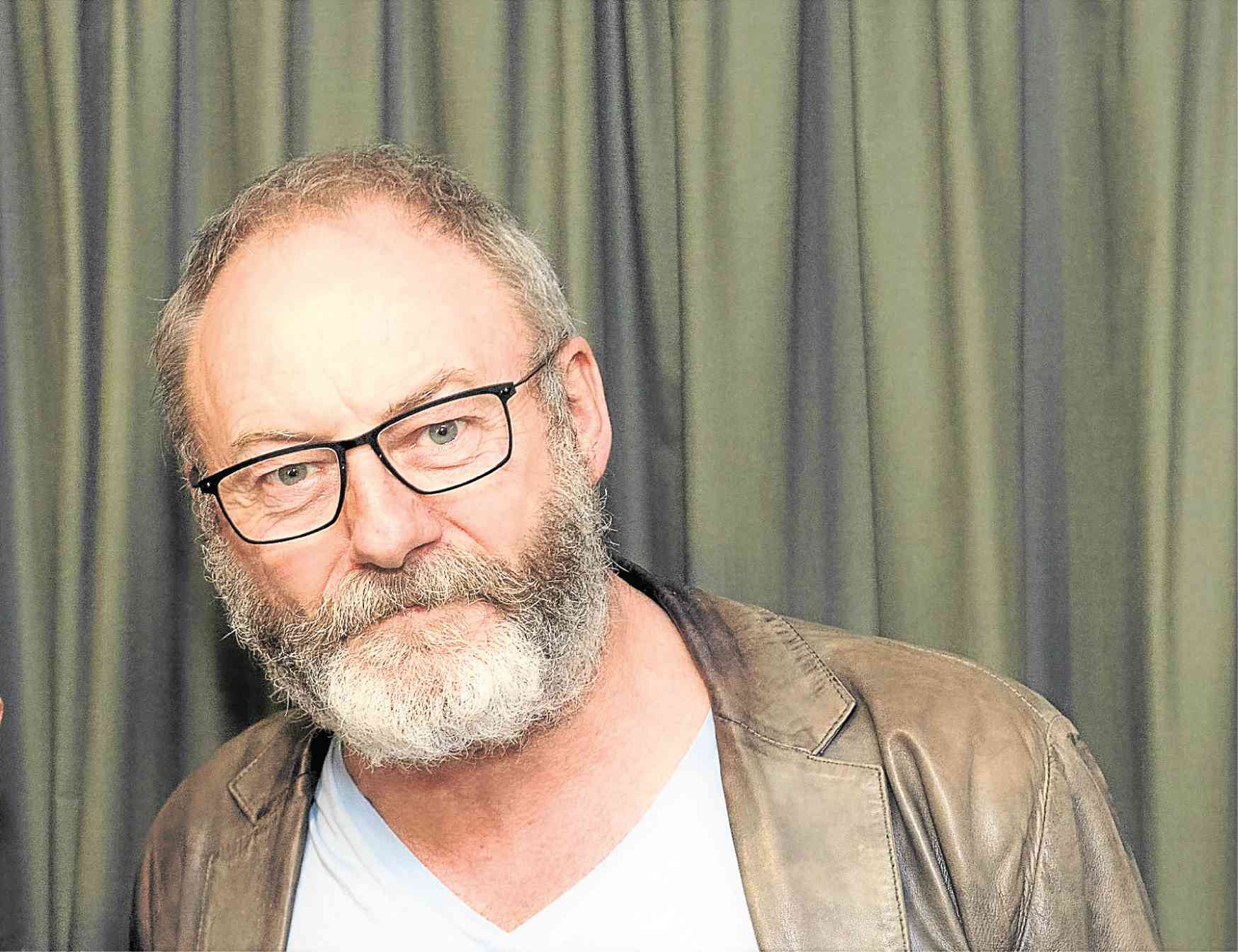 Easily the most amusing among all the “GoT” actors we interviewed in Belfast, Liam Cunningham admitted that he did worry about getting the dreaded “death call” from the creators, David and Dan. As we explained in part one, a death call is when the showrunners inform an actor that his character will die.

Liam humorously shared how his Davos Seaworth character survived. “They used to invite actors to dinner and give them the bad news over foie gras or something (laughs). But I just kept refusing to go to dinner with them (laughs). I wouldn’t make eye contact with David and Dan.”

The thespian said the deaths of the characters in the epic series affected him. “You always do, especially when it’s somebody you love. I used to get quite upset about it but in a real good way, in an artistic way. I go, oh, please don’t kill a character.” 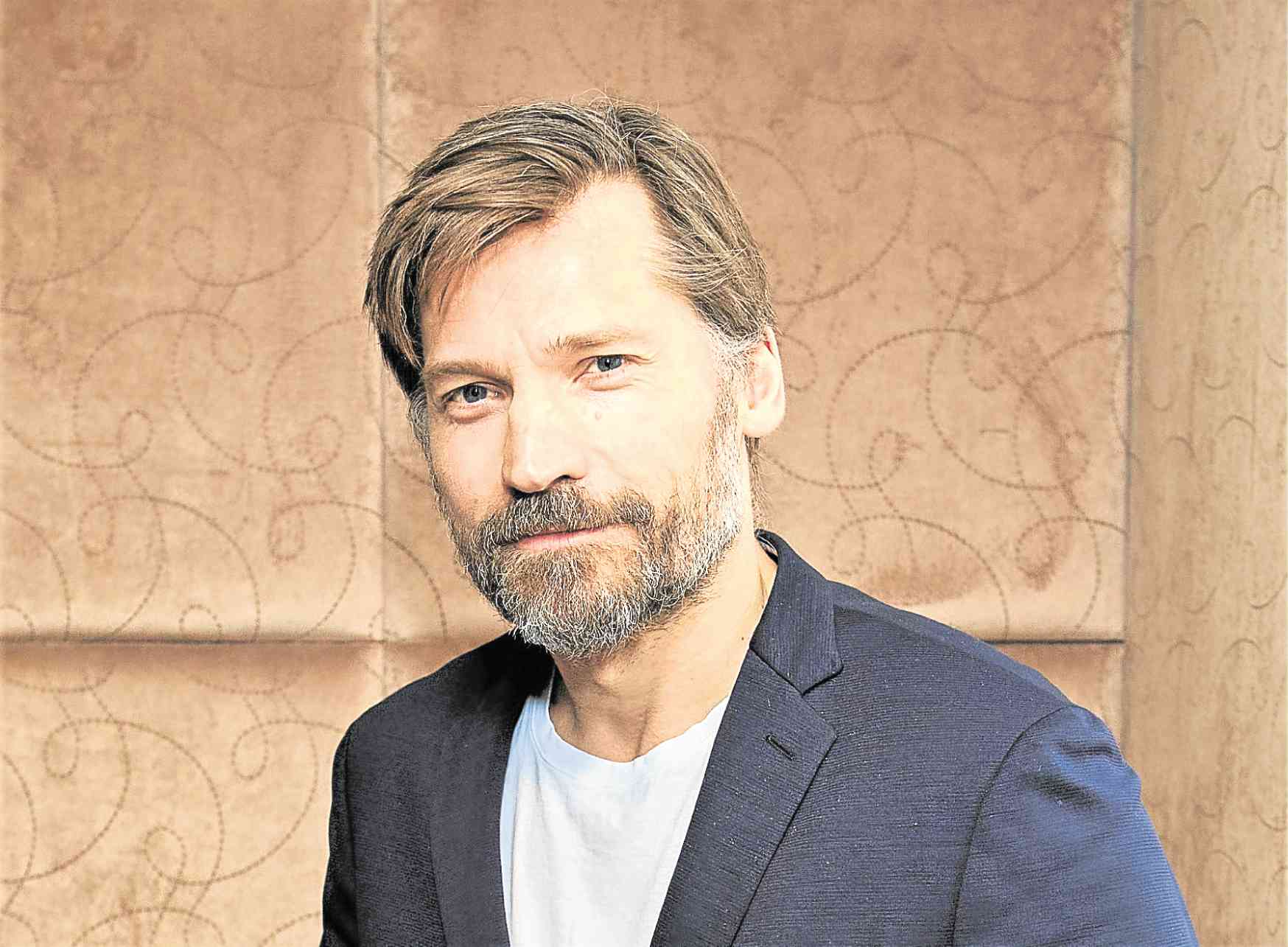 So, how did he manage to not get Davos killed? “Because I told them I’d sue them if they kill my character,” Liam cracked again with a grin. “I blackmailed them. Or maybe because I’m the least troublesome actor on set.  You’d have to ask David and Dan.”

As for the props he’d like to take home, Liam was on a roll: “I’ve got a shed full of props I’ve stolen (laughs) since I got here, man. I didn’t use the word ‘taken.’ I’ve liberated props (laughs). I’ve got a few bits, actually. I have to keep quiet because the rest of the cast might get envious.”

Did he also try to bring home the Dragonstone throne, we asked in jest. “I have done that,” Liam joked. “I tried to get it. But they have it glued to the floor (laughs). I brought a van up, but I couldn’t get it off the concrete.”

Read Next
Jay-R reacts to fiancée Mica Javier’s sizzling lesbian love scenes
EDITORS' PICK
EuroMillions Superdraw: A lottery draw unlike any other is coming to the Philippines
‘Justice will be done,’ Duterte assures as he vowed probe on Jolo incident to bare ‘truth’
Water remains our saving grace right now
Smart releases Hyun Bin’s second TVC
Current dominant strain of COVID-19 more infectious than original—study
DOLE: Return of OFWs’ remains from Saudi to be ‘delayed,’ deadline moved to ‘early next week’
MOST READ
BREAKING: Duterte signs anti-terror bill into law
Locsin warns of ‘severest response’ if China’s army drills in SCS ‘spill over’ to PH domain
Duterte tells military: No other president looked at you the way I did
‘Very timely, historic’: Senators laud passage of anti-terror bill despite ‘pressures’
Don't miss out on the latest news and information.