Gary Clark Jr. is confronting racism with ‘This Land’ 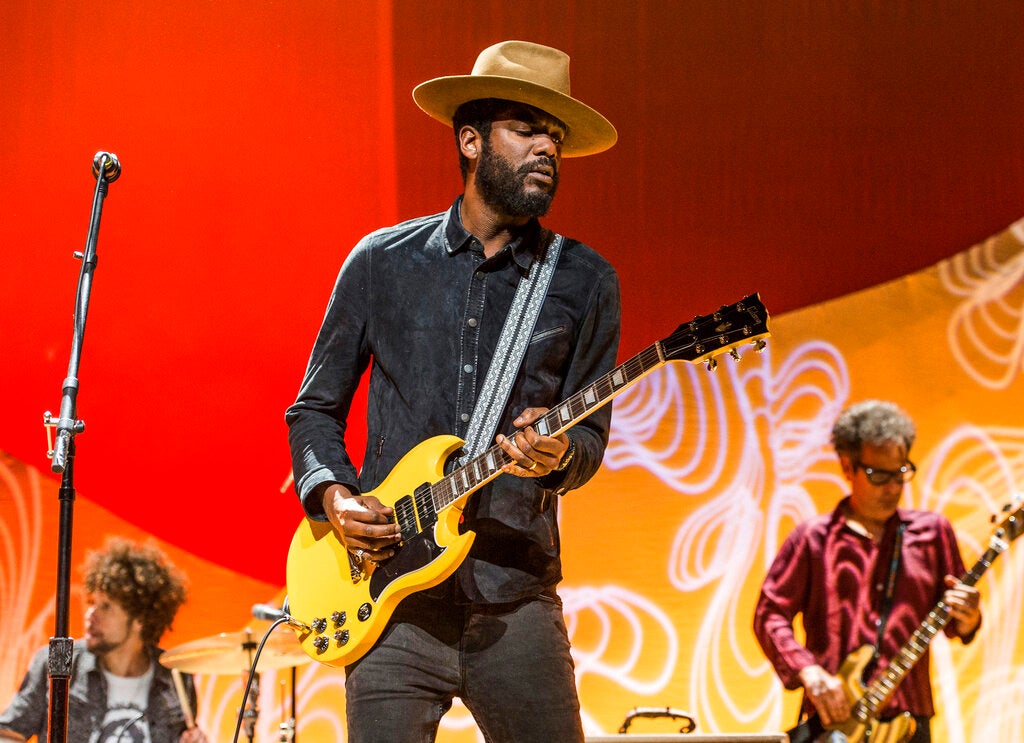 BURBANK, California — Gary Clark Jr. has created a lot of conversation with “This Land,” the provocative first song off his latest album that shares the same name.

In the angry blues-rock song, he recounts racial epithets hurled his way and other racist taunts before he defiantly asserts that he too is “America’s son.” In the accompanying video, young black children confront racist imagery, including a noose, among other disturbing things.

Clark says the song was sparked after he sensed a change in his Austin, Texas neighborhood during the 2016 presidential election campaign between Hillary Clinton and eventual victor Donald Trump, and then a confrontation with a neighbor prompted him to write it.

“I would be driving home and I would see a lot more Trump signs than Clinton. Things in the news, there started to be the conversation about — something shifted. I don’t know all of it. I’m not going to try and explain all of it, but you could see it in the news and what the narrative was. Having two young ones, it kind of made me concerned about what we were getting into,” said the 35-year-old musician.

Clark Jr. says a neighbor met him outside the home he’d recently purchased and told him there was no way he — a black man — could be its owner.

“I had to deal with something out in front of my house — I’m going to check the mail and I’m with my kid and I’m confronted by racism at my front door. And I’m like man, what time is it? What day is it? Where are we?” he said.

Clark Jr. now has two children with his wife Nicole Trunfio, a white Australian model. So he laughs at Twitter trolls who have called his latest song “reverse racism” online.

“How? Do you see my wife and my children? You know what I mean? Look at my band. We look like the Village People. There’s somebody from everywhere. (Sighs.) Out of darkness comes the light. So with the rest of the album, there are brighter notes. And the idea is hope and love and just showing love to people,” Clark said.

The genre-hopping artist says he crafted the rest of his album with a hip-hop producer’s mindset, sampling from a wide range of musical styles, crafting lyrics about politics and his personal life, then laying down his trademark guitar riffs.

“In my mind, I’m trying to be like Dr. Dre, Dilla, DJ Premier, RZA, the Wu-Tang Clan. I love that stuff. So that’s kind of what I do if I’m not playing guitar,” he said. “In the studio, there’s so many options. … It’s like man, let’s just have fun with it all. So that’s how I approached it. I just didn’t care. I just want to make what I feel. You can call it what you want but I call it music.”

Clark is currently on a tour across the United States. MKH

LISTEN: Coldplay and Pharrell team up on new track ‘E-Lo’