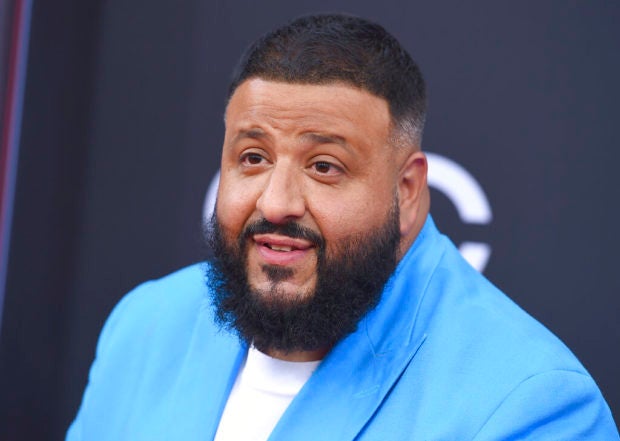 FILE – This May 20, 2018 file photo shows DJ Khaled at the Billboard Music Awards in Las Vegas. In the run-up to the Kids’ Choice Awards, host DJ Khaled is feeling plenty of support _ from his son. The producer-DJ said his 2-year-old son, Asahd, gets excited just watching his dad in the ads promoting the show on Nickelodeon. Image: Jordan Strauss/Invision/AP, File

LOS ANGELES — In the run-up to the Kids’ Choice Awards, host DJ Khaled is feeling plenty of support — from his son.

The producer-DJ said his 2-year-old son, Asahd, gets excited just watching his dad in the ads promoting the show on Nickelodeon.

“When the commercials come on, my son is like ‘Daddy, daddy, daddy!’ Because, you know, he watches Nickelodeon. So do I,” he said in an interview Thursday.

“It’s like, the commercial comes on every second,” he continued. “And I’m like, man, they’ve got me looking good out here. My son, to see him smile and say ‘Daddy! Daddy!’ — it really touched me.”

Khaled will host the family-friendly, slime-filled awards show in Los Angeles on Saturday. He promises the show will have “a whole lot of superstars in the building.”

Rap trio Migos are expected to perform and DJ Mustard will hit the stage. Ariana Grande, Adam Sandler and Chris Pratt are some of the stars expected to make an appearance.

Khaled called hosting the Kids’ Choice show a “big accomplishment” for his career. Viewers may find less Khaled than usual.

The producer-DJ said he’s on a weight loss journey, trimming down nearly 50 pounds. He said the birth of his son compelled him to monitor his health and become a better man.

Khaled’s son, who appears relaxing in a swimming pool on the cover of dad’s 2017 album “Grateful,” is also the inspiration behind his 11th studio album “Father of Asahd,” which will be released May 17. Khaled said his new album will reflect how much becoming a dad has changed him.