MANILA, Philippines — Singer-actress  Janella Salvador hopes to empower women and emphasize the importance of self-love with her new single “Take It Easy.” 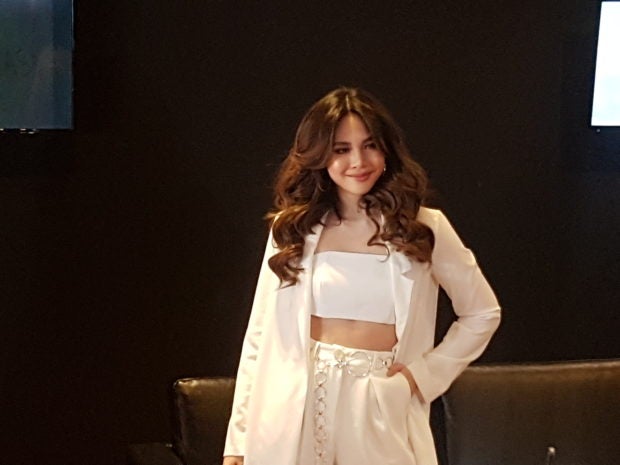 Janella Salvador poses for the press during the press conference of her new single “Take it Easy” at Tipsy Pig, Quezon City. Photo by Krissy Aguilar/INQUIRER.net

“Take It Easy,” composed by Anton Juarez, was released last March 15 on iTunes and Apple Music and marked Salvador’s return to the recording scene.

“This single, I didn’t write this actually. I just personally chose it to be part of my album. It was presented to me. And I fell in love with it instantly kasi ang ganda nung message nung kanta,” Salvador said.

‘No single standard for beauty’

The song, Salvador said, is aimed at making women comfortable with their own skin and reminds people that there is no single standard for beauty.

Salvador, 21, also shared how the era of social media greatly affects one’s perception about herself.

“Kasi social media really magnifies it eh. Parang you start to look at other people’s lives and compare yours with theirs,” she said.

“I think we’ve all been there and kaya gustong gusto ko yung song na ‘to kasi gusto ko ipa-realize sa mga tao na yes, she may be pretty, she may be sexy, she may thin, but you also have something that is super beautiful about you and you should be proud of what you are.”

She jumpstarted her career in music as the “Himig Handog 2014” interpreter for “Mahal Kita Pero” written by Bobbie Mabilog.

She is also known for her renditions of Donna Cruz’s “Kapag Tumibok ang Puso” and “I Can.”  / gsg