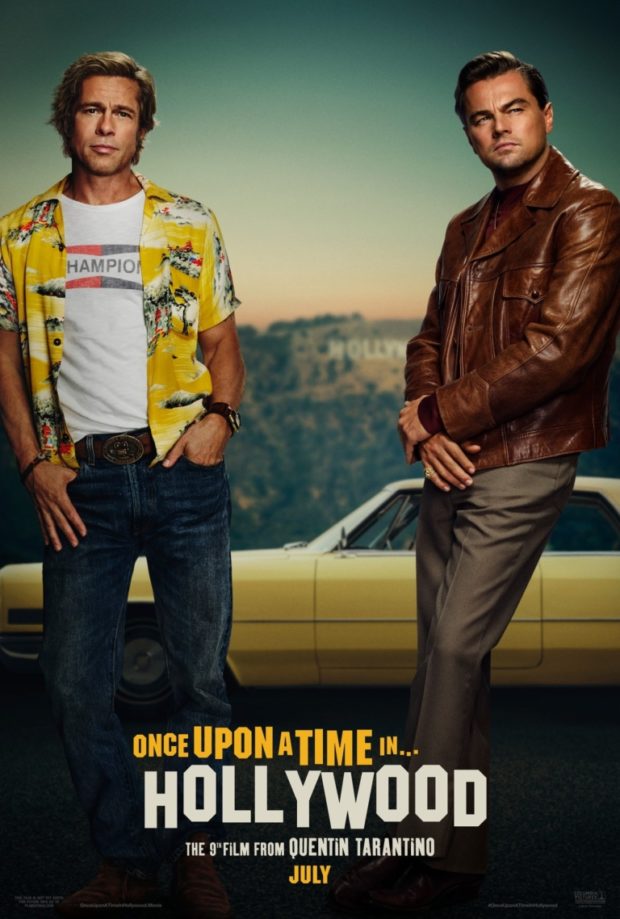 Brad Pitt and Leonardo DiCaprio in “Once Upon a Time in Hollywood”. Image: Sony Pictures via AFP Relaxnews

Sony Pictures has released a fleeting glimpse of what Quentin Tarantino fans can expect from the Oscar-winning director’s next film,”Once Upon a Time in Hollywood”, his first project to hit the silver screen in nearly four years.

The film also stars Margot Robbie as the late actress Sharon Tate, as well as Mike Moh as Bruce Lee; and a raft of other actors including the late Luke Perry, Damian Lewis, Dakota Fanning, Emile Hirsch, Timothy Olyphant and Kurt Russell.

Tarantino is directing, writing and producing the film from Sony Pictures, with this project tallying as his ninth film in total. “Once Upon a Time in Hollywood” is scheduled for a nationwide release in the USA on July 26, 2019. CE/JB