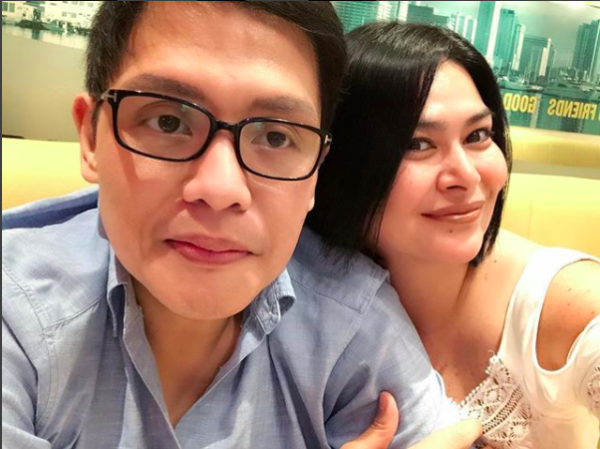 Aiko Melendez has broken her silence in defense of boyfriend Subic Mayor Jefferson “Jay” Khonghun after he was included by President Rodrigo Duterte in his narcolist released last Thursday, March 14.

Melendez cried foul on social media when a Facebook comment by one netizen, a certain Gerald Samadan, gave his advanced condolences to Khonghun’s family and told Melendez to look for another boyfriend.

“This is so foul already. My boyfriend is going through something that is hard,” Melendez wrote via Instagram on March 18. “Being accused of something he hasn’t done. It is yet to be proven. But messages like this won’t help at all.”

Melendez asked for privacy from fans as they have chosen to be quiet, not out of guilt, but because she believes Khonghun will prove his innocence in the right time and forum. She also admitted that she feared for their lives.

“Ang hindi ko maintindihan sa iba (What I do not understand about others), why is it so easy for some people to rejoice on ones misfortune?” she wrote. “I honestly fear our life, Because anybody can just plant anything on us.”

She also shared she has always admired Davao City Mayor Sara Duterte for she sees herself in her and reiterated her support for President Duterte’s “great cause in drugs.”

She maintained that the allegations against Khonghun came in “great timing” since Khonghun is running in the upcoming May elections.

“I stand by @jaykhonghun he isn’t what you think he is. He is just a man who declared to run for Vice Gov to serve Zambales, but eto ang kapalit,” she said. “15 years of not being involved in any drug activity in Subic, why only now? Great timing. Elections.”

Khonghun is running for vice governor, while his father, Rep. Jeffrey Khonghun, is a reelectionist.

In the end, Melendez appealed to the agencies involved in making the narcolist to “handle everything” and to the President to not judge so quickly.

“We will not give up our cause of running and serving Zambales because of this setback, instead we will be stronger and get out much-needed love and support from the people who believe in Jay.”

Meanwhile, Khonghun has since denied that he and his father are in any way connected with illegal drugs, calling  the allegations “unfair.”

“There’s no truth to it… It’s quite unfair,” Khonghun said on a Facebook video last March 14. “Papalapit na po ang elections. At talaga naman pong kapag panahon ng elections is napaka-daming mga paninira… Lalo na po sa aming pamilya, sa akin pong pagkatao (The election is nearing and as we know during elections, smear campaigns are rampant, especially to my family, to my own character).”

On another note, Malacañang Palace dismissed claims from critics last March 16 that Duterte may have committed an impeachable offense following his release of the narcolist. Presidential Spokesperson Salvador Panelo said that due process would give the named narcopoliticians the chance to clear their names.  /ra