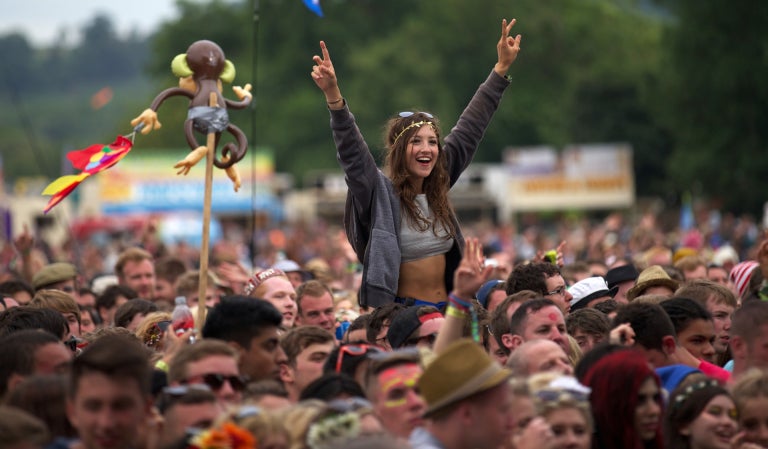 Festival goers attend concerts at the Pyramid Stage during the third day of the Glastonbury Festival of Contemporary Performing Arts near Glastonbury, southwest England, on June 28, 2013. Image: AFP/Andrew Cowie via AFP Relaxnews

The Killers and The Cure have been announced as the final headliners of the 2019 Glastonbury Festival.

They are joining previously announced headliner Stormy, who will take the Pyramid Stage on Friday night. The Killers and The Cure will respectively headline on the Saturday and Sunday nights of the festival.

It is the fourth time that The Cure headline Glastonbury, following shows in 1986, 1990 and 1995. Coldplay is the only group to have also headlined the British festival four times.

Shared on Twitter, the Glastonbury line-up poster reveals first-time appearances from Janet Jackson, George Ezra and Miley Cyrus, among others. Liam Gallagher and Christine & The Queens will return to the festival for the second time.

Festival-goers can also expect sets from The Chemical Brothers, Vampire Weekend, Two Door Cinema Club and Tame Impala, who are all likely to debut songs from their respective highly-anticipated new albums.

Music, what music? Glastonbury caters for all tastes