Jussie Smollett pleads not guilty to lying about attack

CHICAGO — “Empire” actor Jussie Smollett pleaded not guilty Thursday to charges accusing him of lying to the police about being the victim of a racist and homophobic attack in downtown Chicago a few weeks ago. 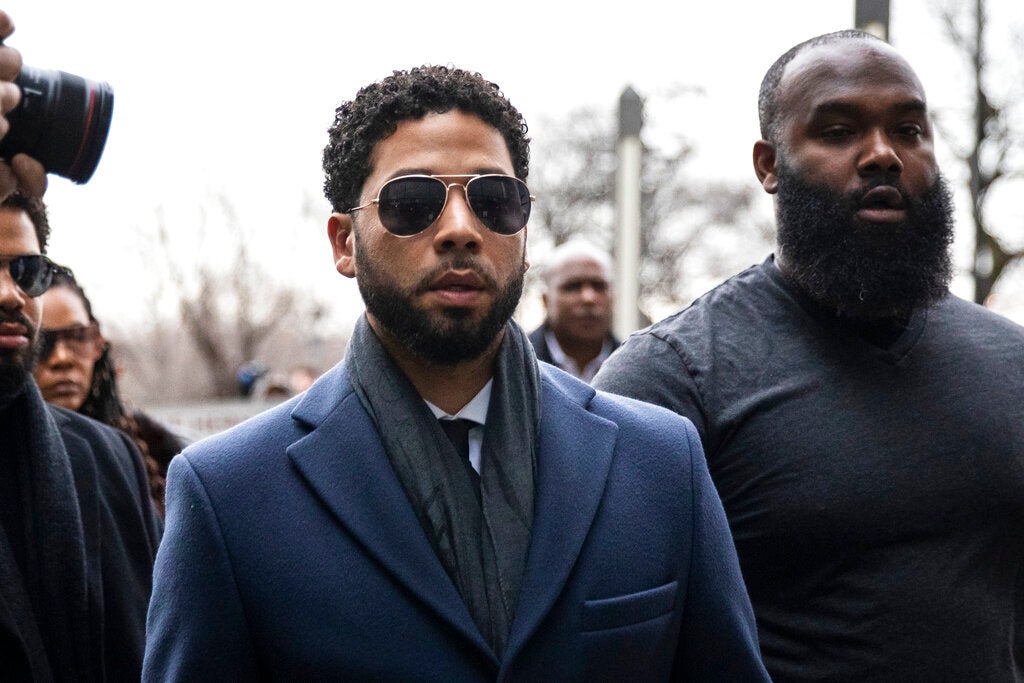 Lawyer Tina Glandian entered the plea on behalf of the 36-year-old actor during a hearing in Cook County Circuit Court after Judge Steven Watkins was assigned to oversee the case, including the trial.

Watkins granted Smollett’s request to be allowed to meet with lawyers in New York and California, but said the actor must give the court at least 48 hours’ prior notice. He scheduled the next hearing for April 17.

Smollett, who left the courthouse without speaking to reporters, is charged with 16 counts of disorderly conduct.

Prosecutors allege that Smollett, who is black and gay and plays the gay character Jamal Lyon on the hit Fox TV show, hired two friends to help him stage the attack on him in downtown Chicago early on the morning of Jan. 29. They say Smollett was unhappy about his salary and wanted to drum up publicity to help his career.

Smollett has denied that he staged the attack and maintains he is innocent. His attorneys have called the charges against him “prosecutorial overkill.”

There were several supporters outside the courthouse doors as Smollett arrived for the hearing, including some who waved signs. Activist Wisdom Cole led a few chants in support of the actor, the black community and the LGBT community.

“Jussie has been a person of high caliber and character. He comes from an activist family. He has a consistent track record and history of supporting marginalized people … and so his track record is not on par with the idea of a hoax,” she said. NVG