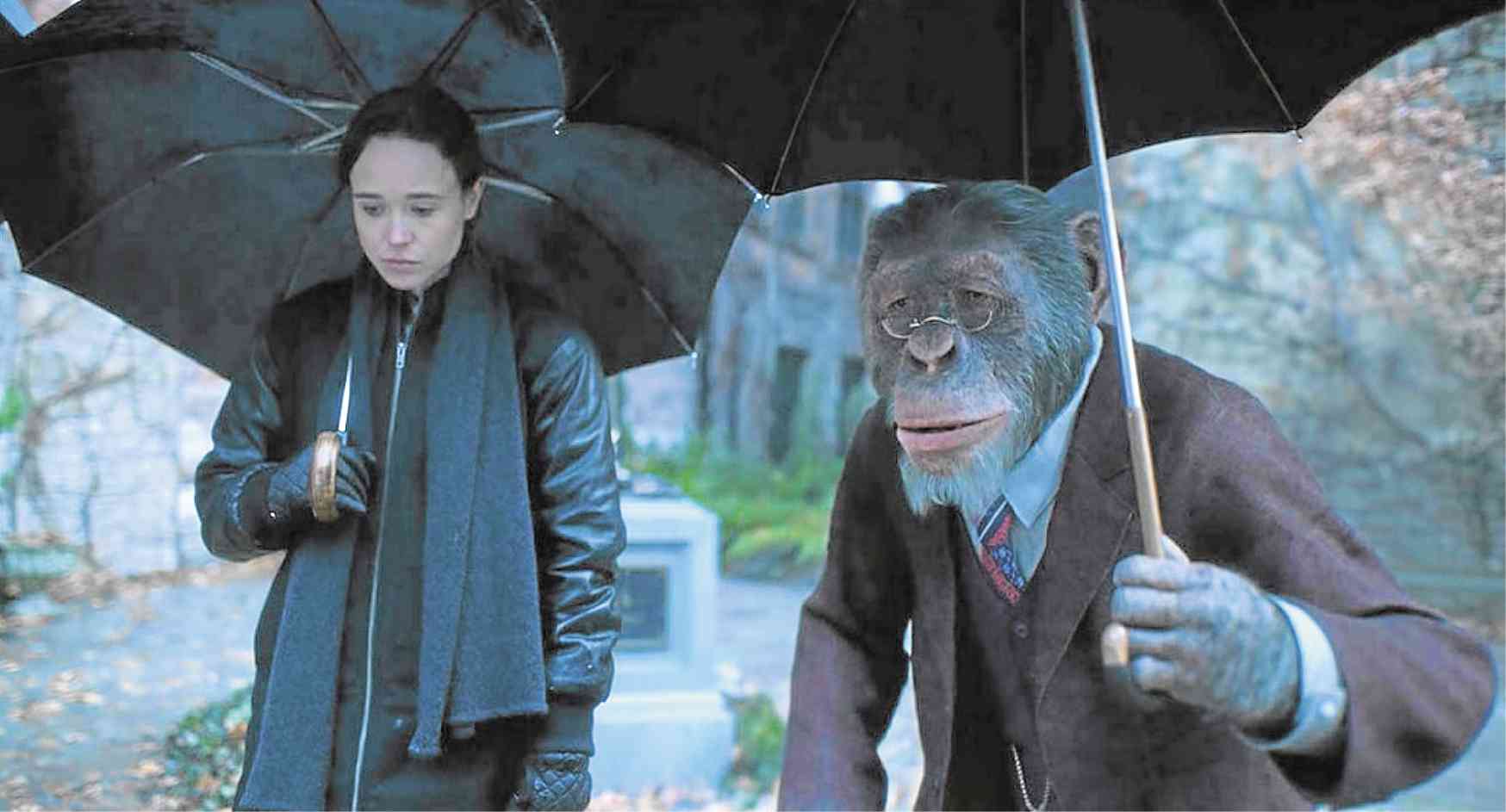 Familial connections and superheroics often make a combustible mix, whether in the adventures of the tight-knit “Fantastic Four,” or the parent-abandoning teens of “Runaways.”

Gerard Way and Gabriel Bá’s “The Umbrella Academy” understands that formula and mixes things up a bit. It follows young sibling heroes who go on dangerous missions, trained in the use of their powers by their stern father-mentor. Yes, like the X-Men, but with less spandex and set in a world with more real-life parameters.

Still, it’s quite a bizarre reality. Born miraculously to random women all over the globe on the same day, the kids who would comprise the Umbrella Academy are eventually taught in the proper use of their otherworldly powers by their adoptive father, Reginald Hargreeves (Colm Feore).

These siblings reunite many years later to pay their last respects to their strict, emotionally detached teacher. They’re leading separate lives: The mind-altering Allison (Emmy Raver-Lampman) is now a popular actress; the blade-throwing Diego (David Castañeda) continues the crimefighting crusade; the hulking Luther (Tom Hopper) is on a lunar mission; the spirit-communicating Klaus (Robert Sheehan) is a junkie; and the powerless Vanya (Ellen Page) is a onetime author and struggling musician.

Together at their old home-cum-training facility for their father’s funeral, they witness the return of a long-missing sibling, the teleporting Number Five (Aidan Gallagher), who isn’t exactly clear about the circumstances of his disappearance. 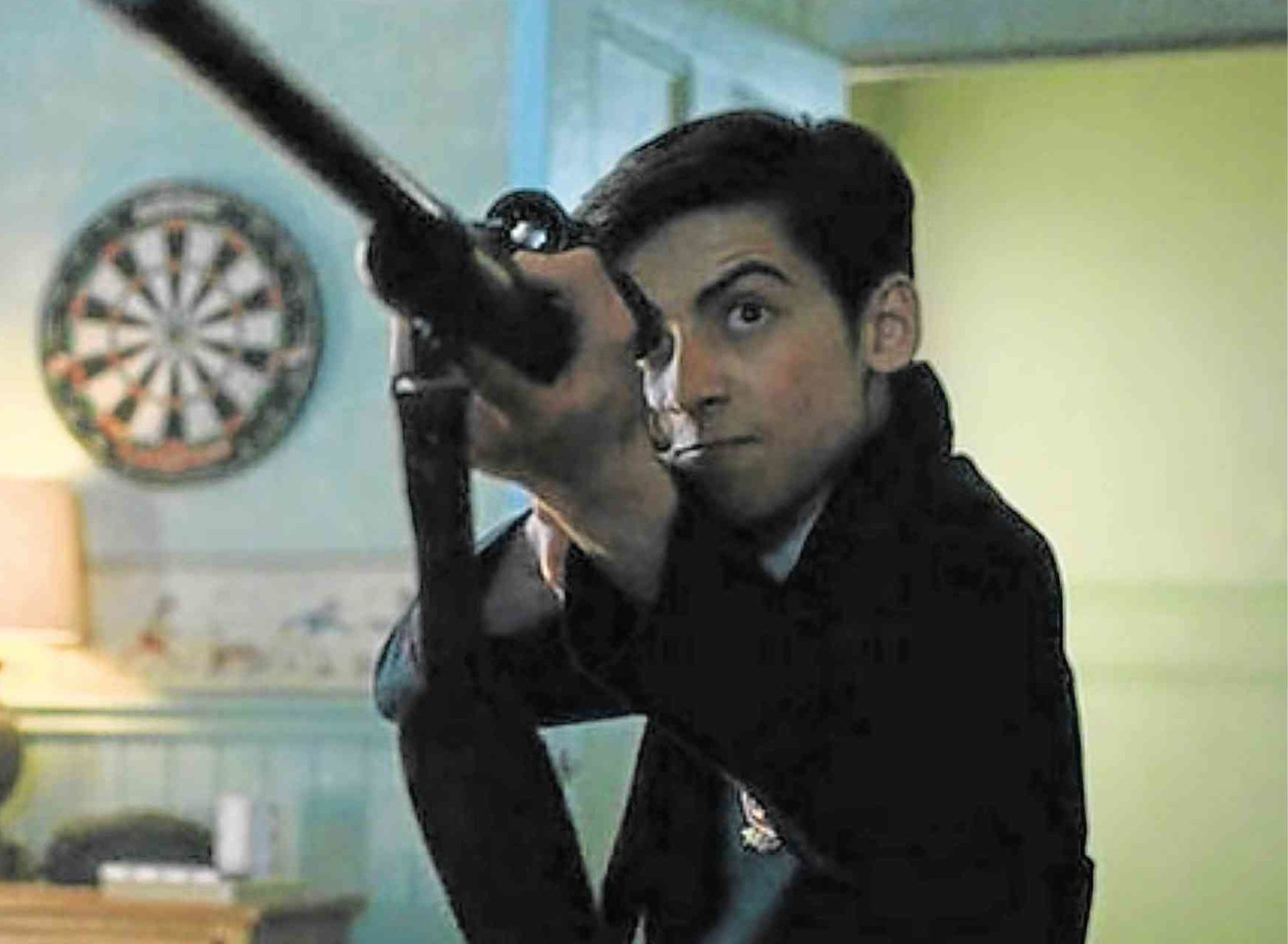 Number Five lands in the crosshairs of two dedicated hit men (Mary J. Blige and Cameron Britton), who have no qualms terminating anyone who might get in the way.

This live-action reimagination, currently streaming on Netflix, eschews many of the comic book concepts and designs, but it still mines its innately quirky and surreal qualities. It manages to weave together a tapestry of sci-fi and fantasy ideas, while staying true to its family dynamic.

Most of the adopted children look back at their deceased father with resentment, as it has resulted in tragedy and emotional stunting. Getting back together, even with the calming presence of their “adoptive mom” (Jordan Claire Robbins) and Reginald’s intelligent chimp Pogo (voiced by Adam Godley), is a temporary arrangement.

The series manages to focus on such a large cast almost equally, devoting time for each ex-teen hero’s angst and personal unraveling. One sibling is barely focused on—Ben (Justin H. Min) aka the ghostly Number Six—but understandably so, as his enigmatic demise could be elaborated on next season.

The show boasts an eclectic soundtrack—many of them retro tunes from artists, such as Fiction Factory, Tiffany, Queen, Heart and David Gray. But cocreator Way, more popularly known as My Chemical Romance’s ex-vocalist, provides new songs that also flavor the strange and fantastical goings-on.