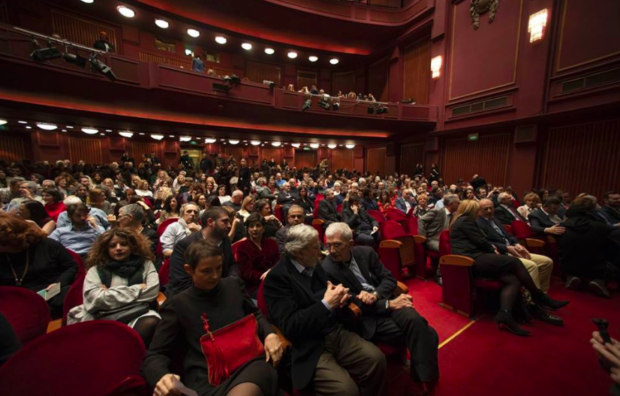 A documentary about an Israeli human rights lawyer has won the top prize in its category at the Thessaloniki International Festival.

“The Advocate”, a 108-minute film directed and produced by Rachel Leah Jones and Philippe Bellaiche, focuses on Lea Tsemel, who has defended Palestinians of every stripe, from protesters to known extremists, for more than 50 years. The Canadian-Israeli-Swiss production was given the “Golden Alexander Award” Sunday night.

A special jury award was given to Afghan director Hassan Fazili for the autobiographical “Midnight Traveler” which was actually filmed by his whole family. He, his wife and two daughters were forced to flee the country when the Taliban put a bounty on Fazili’s head. They first went to Tajikistan and, threatened with deportation, journeyed all the way to Europe. CC