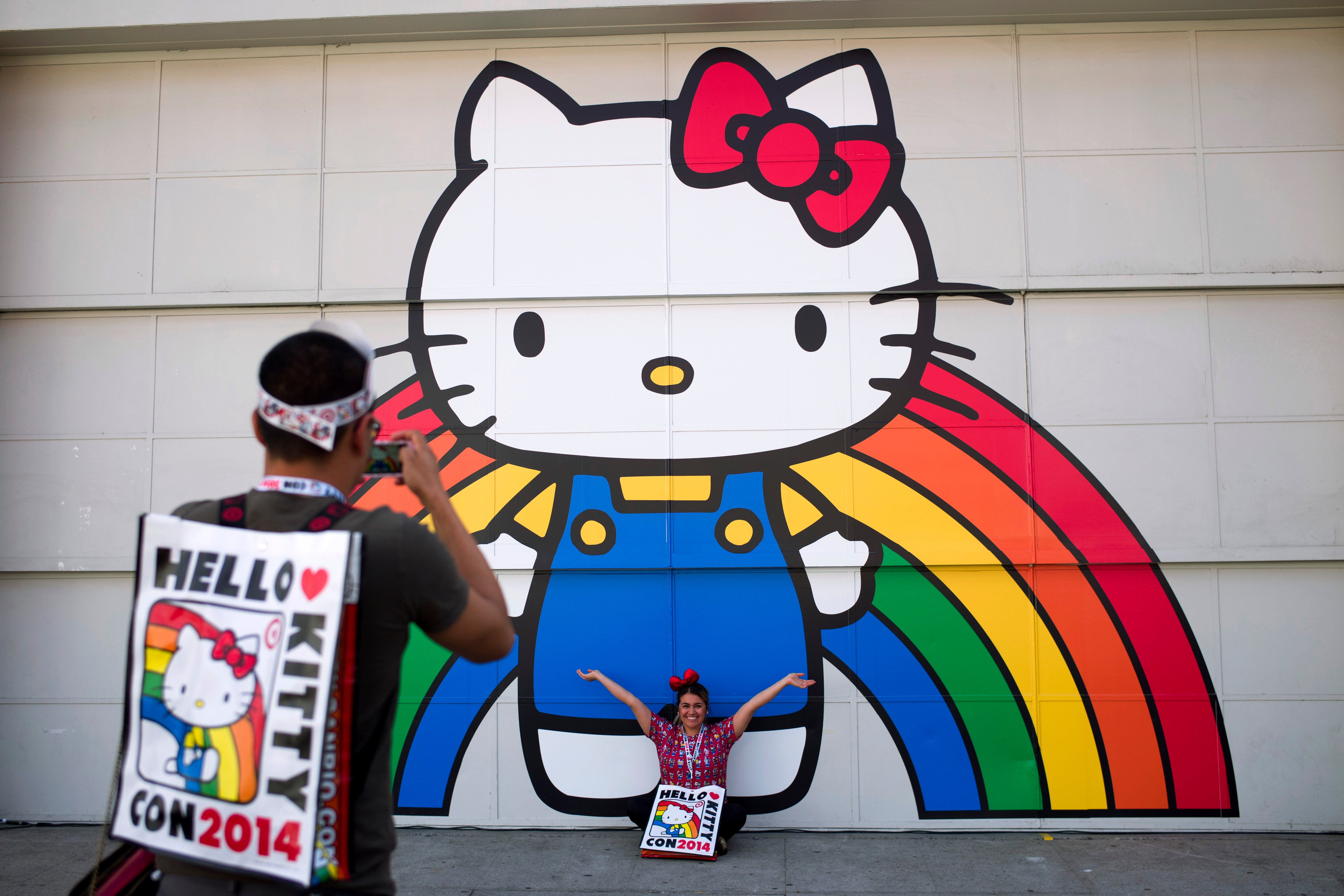 In this Oct. 30, 2014, file photo, Keith Nunez, left, takes pictures of his wife, Carolina, at the first-ever Hello Kitty fan convention, Hello Kitty Con, at the Geffen Contemporary at MOCA in Los Angeles. Hello Kitty might not have a mouth but she’s got a movie deal. Warner Bros.’s New Line Cinema announced Tuesday, March 5, 2019, that it has acquired film rights to Hello Kitty from the Japanese corporation Sanrio. (AP Photo/Jae C. Hong, File)

NEW YORK — Hello Kitty might not have a mouth but she’s got a movie deal.

Warner Bros.’ New Line Cinema announced Tuesday that it has acquired film rights to Hello Kitty from the Japanese corporation Sanrio. The 45-year-old iconic feline has never been turned into a movie despite its merchandising ubiquity.

New Line said it will quickly begin work on a script to put a film into production. Sanrio also granted film rights to other characters, including Gudetama, My Melody, and Little Twin Stars.

Warner Bros. has had success with toy adaptations before, including “The Lego Movie.” That film’s sequel, however, has underperformed at the box office since opening last month.

Hello Kitty presents potentially steeper challengers, though. She doesn’t talk or, for the most part, change facial expressions. /kga