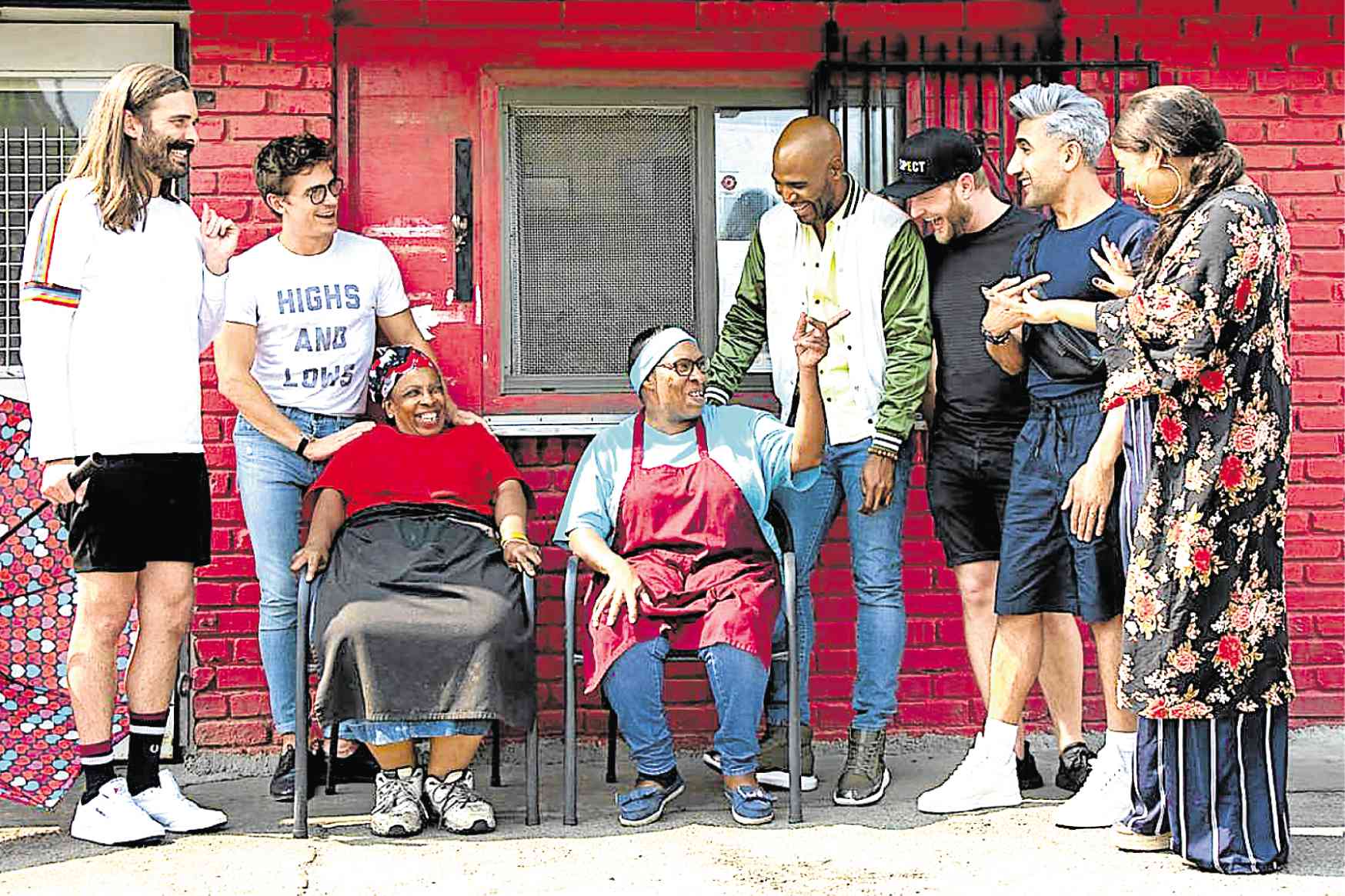 If you enjoyed the previous seasons of “Queer Eye,” you’ll love its upcoming episodes even more.

In Season 3, the eight-part Emmy-winning series, which debuts on Netflix next week (March 15), sees the “ambassadors of taste” taking the 12-hour trip from Atlanta, Georgia to Kansas City, Missouri to help spread self-help cheer.

Now more than ever, Antoni, Karamo, Jonathan, Tan and Bobby (whose gorgeous designs really step up this season) complement each other’s tastes and choices. They no longer see the need to “perform” for their audience all the time, letting their work speak for itself, instead. Keeping them company is their canine mascot Bruley, a white bulldog.

Antoni, the group’s heartthrob, is now more “playful and flirtatious” with viewers, especially in an episode where he explains why tomatoes should be kept out of the fridge. This time, too, you’ll hear some of his colleagues mention their boyfriends, husbands or kids in passing as they dispense lived-in life lessons and helpful advice. 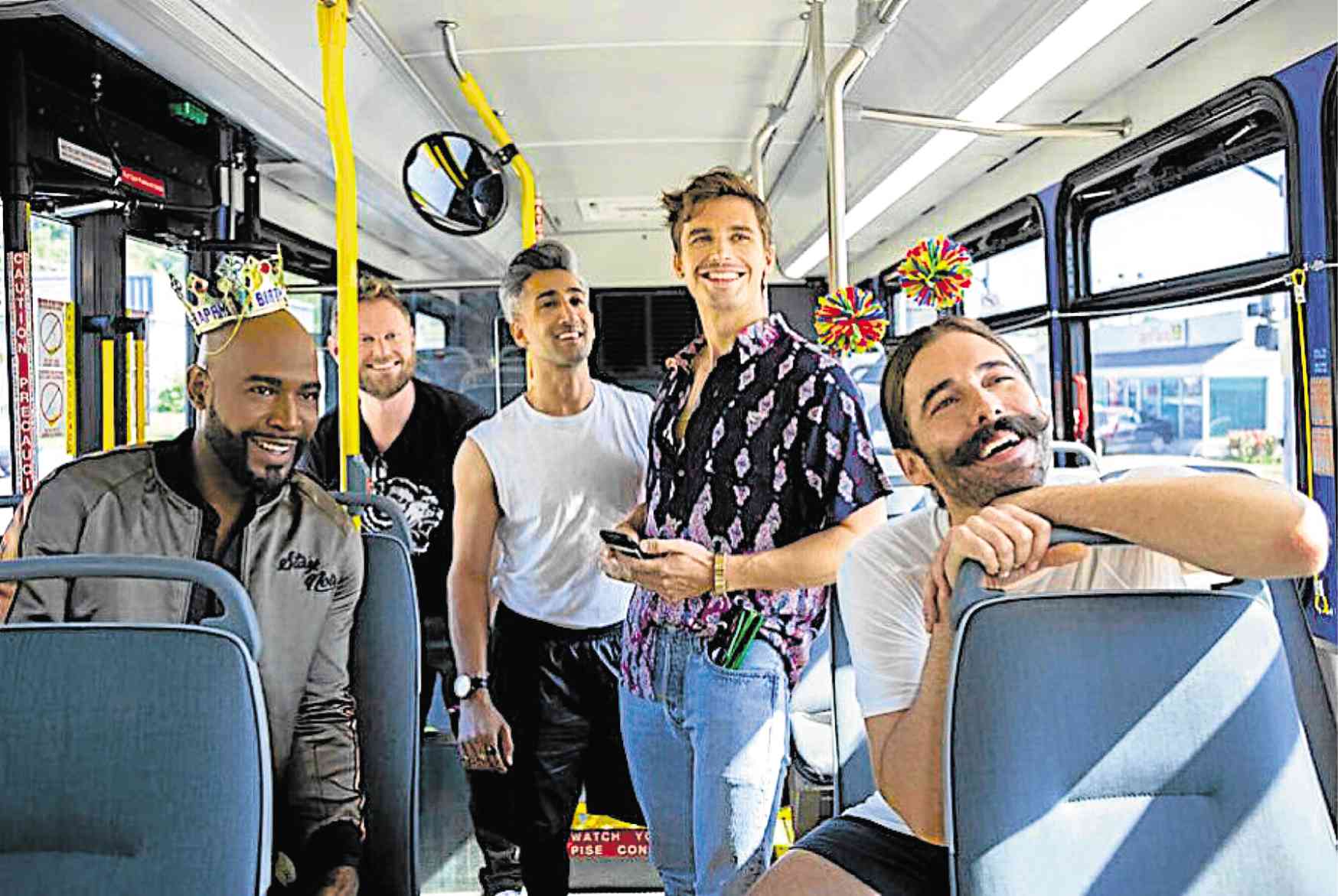 There’s a lady guard at an all-male federal prison, a newly appointed summer camp director, an overweight male nurse, and two middle-aged sisters who operate a booming barbecue business that is housed in what looks like “a Mississippi shack on the bayou.”

Be forewarned, though: You’ll need a hanky or two to help get you through the moving and empowering stories. The quintet’s “salt of the earth” recipients are flawed but kind people viewers can root for.

Imagine the Fab Five’s surprise when one of their “beneficiaries” more than exceeds their expectations and magically transmogrifies into—a Christie Brinkley lookalike! Her transformative journey in itself deserves a Golden Globe or an Emmy.

In the case of 49-year-old prison guard Jody Castellucci, the Amazonia, Missouri, resident is afraid of change, but wants to prove that “we’re all capable of transformation, for the better.”

Chris, her husband of 10 years, loves her blond locks, but Jody hasn’t had it professionally cut in 25 years!

Jody and Chris love to hunt in their downtime, so you’ll see nothing but dead animals hanging on the walls of their messy abode—a creepy sight that gives the well-meaning quintet the heebie-jeebies.

To celebrate their 10th wedding anniversary, Jody has been wanting to look “more girly, without looking frilly, florally or pink” (“You need to look authoritative in my line of work,” she explains)—unfortunately, she doesn’t know how or where to begin. When Tan checks out Jody’s wardrobe, he’s shocked to see that even her lingerie is designed like a camouflage!

Meanwhile, in La Cygne, Kansas, about 120 miles from Amazonia, 47-year-old ex-alcoholic Joey Greene has just been appointed program director at the Wildwood Outdoor Educational Center. He’s competent and well-liked, but when he isn’t in front of 30 counselors and their 90 campers, he’s far from the authoritative figure everybody looks up to. 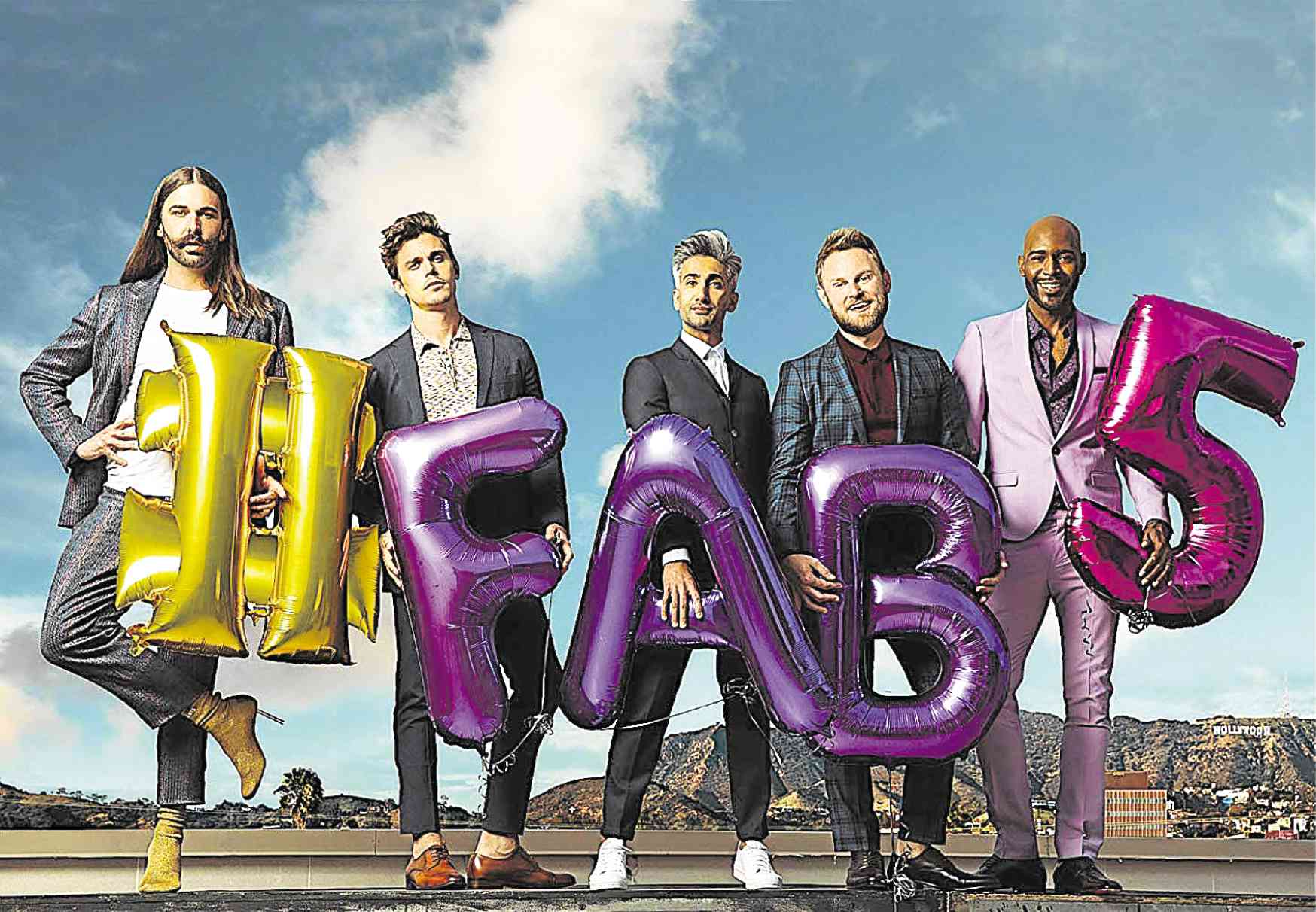 In fact, Joey has low self-esteem, looks scruffy, wears oversized shirts and a shaggy beard. He thinks “showering or wearing deodorant is pointless.”

And before he got his new apartment, he lived in a rundown RV for “four winters,” following his soul-crushing divorce from the mother of his only son, 13-year-old Isaac.

Joey says, “There was a time when I had to accept that things weren’t going to get any better.”

He considers his makeover “a culmination of a much-longer trip.” But, more than anything, he just wants his son to be proud of him.

For his part, Robert Hitchcock, a 250lb., 5’5” tall psychiatric nurse, is set to marry his lovely partner of six years, so he wants to look as “presentable” as possible for his future bride.

He’s a former army who sweeps his insecurities under the rug by relying on self-deprecating humor to quickly ward off bashers. His only saving grace, he says, is that “I’m a nice guy.” He’s too nice that he has even given the masters’ bedroom to his stepdaughter, while he and his partner sleep in the basement!

Unknown to Robert, the Fab Five have been recording how viciously he insults himself every chance he gets. Imagine the look on his face when he’s forced to listen to it.

Even more inspiring is how the Fab Five manage to “extricate” frumpy middle-aged sisters, Deborah and Mary Jones, owners of a busy barbecue house, “from out of the smoke and into the spotlight.” Their inspiring story proves there’s always room for improvement.

The boys don’t just manage to convince the hardworking duo to take better care of themselves—they also help Mary and Deborah take their “barbecue sauce” business to the next level, and leave the experience “with as much gratitude as attitude.”

The most moving part of the siblings’ story is Mary’s physical transformation, however.

She is a “smiler” who keeps covering her mouth to hide bad teeth or missing dentures. But, after a confidence-boosting trip to the dentist, she tearfully and triumphantly declares, “Now I can smile again!”