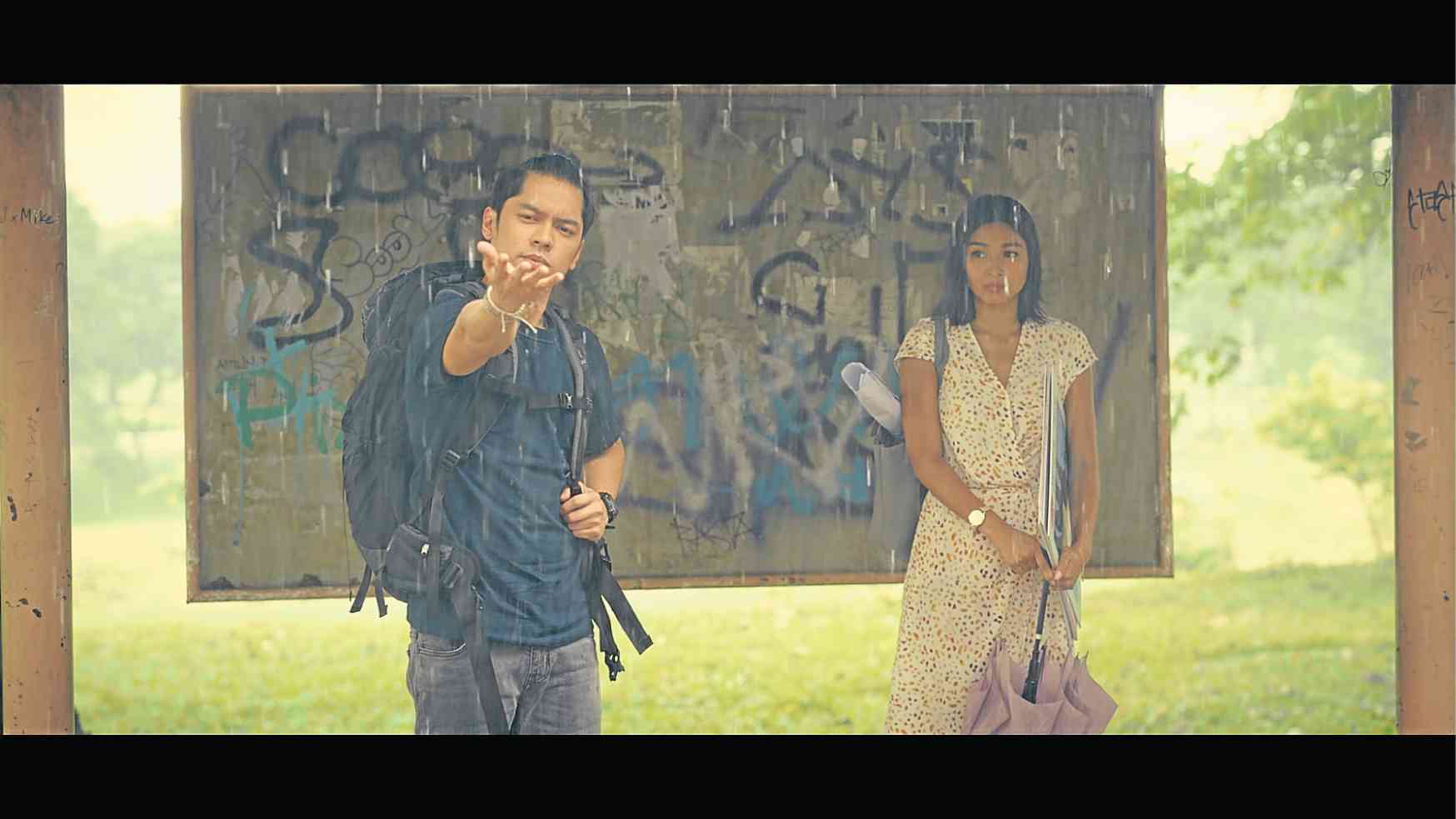 When she’s not doing films or television shows, Nadine Lustre busies herself with pursuing her other passions and projects that nurture her creative side.

After the romantic drama “Never Not Love You,” which premiered in March 2018, Nadine went on to embark on a concert tour with his boyfriend and screen partner, James Reid, directed music videos, and released a single that she wrote.

“I love trying different things or being in an environment that allows me to be more creative. I write songs as often as I can. And when I have time, I paint, as well. Doing these things helps me recharge,” the 25-year-old star told the Inquirer at a recent press conference for her film, “Ulan,” which opens on March 13.

“I’m happy being able to express myself,” added the actress, who also has her own fragrance and makeup collection.

Because she didn’t do a soap last year, Nadine’s schedule wasn’t as hectic as it was the previous years. And that’s a good thing, she said, because it allowed her to make it up to her loved ones.

“It’s hard to live your life if you’re overworked—you don’t have time for yourself, your family and friends,” she related. “At the end of the day, nahihirapan din ako. I’m always regretting or wishing that I should have spent more time with them; that I should have done this or that.”

This year, her fans can expect her to focus on films and music. “I’m so lucky that my management (Viva Artists Agency) understands me completely… [is] supportive and has allowed me to work more on those things for now,” said Nadine, who hopes to come up with a new album soon.

But now that she’s starting to get busy again, releasing singles, she surmised, may be the more practical direction.

“I hope to have time to work on a full album. I love listening to different genres, so it would be difficult for me to choose what kind of music to pursue. Right now, I’m loving Jhené Aiko. But we will see. Perhaps I can also do collaborations,” said Nadine, who’s signed under James’ own record label, Careless Music Manila.

“I do help him out with that. Sometimes, he asks me what I think about a particular artist he’s keen on getting,” she added.
Mythical

Directed by Irene Villamor, Nadine’s latest movie “Ulan” is a romantic drama with touches of fantasy and mystery. It revolves around her character—an editorial assistant named Maya, who grew up being told by her lola stories about the tikbalang. According to myth, a union between two such creatures causes rain to pour on a sunny day.

As a result, Maya associates the rain with the mythical creature. One day, she realizes that every time she meets a man she wants to be with, rain—out of nowhere—pours down. Is this heaven’s way of telling her, Maya wonders, that things are doomed from the start? 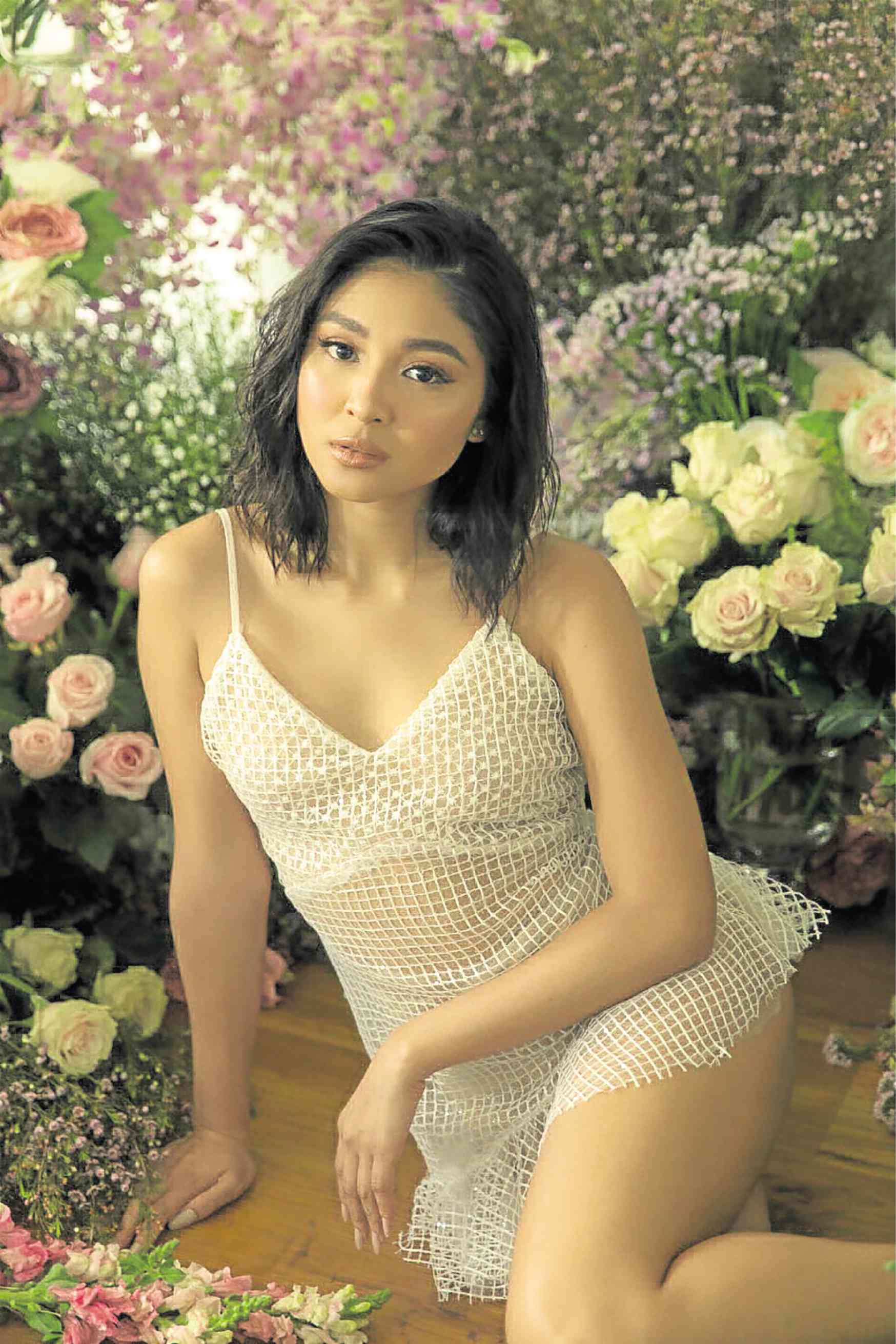 This time, Nadine is paired, not with her perennial screen partner James, but with Carlo Aquino.
Asked about her thoughts on her and James doing separate projects, she said: “The good thing about this is that we grow as a couple and individuals. It’s something good for us. We don’t want to get stuck doing one thing.”

Despite the naysayers who initially doubted the authenticity of their relationship, Nadine and James are still together after three years—a product, she said, of good communication and acceptance.

“It’s give and take; we adjust to each other,” Nadine said. “With James, I learned to let go and just enjoy life. He helped me accept myself—flaws, insecurities and all.”

As a result, she has become more open to sharing her thoughts and feelings with other people. “I used to be overly conscious about what I say or do. I was always wondering how people would react. But not anymore,” she said.