Composer Alexandre Desplat has two Oscars under his belt and has been nominated for eight more for his scores for such films as “The Shape of Water”, “The Queen” and “The King’s Speech”. 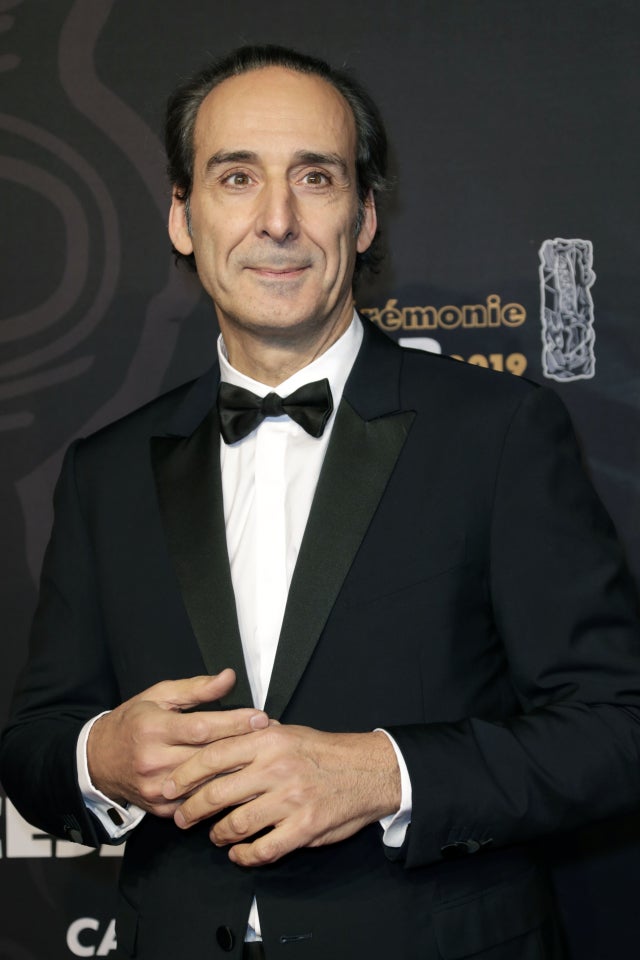 French composer Alexandre Desplat poses upon arrival at the 44th edition of the Cesar Film Awards ceremony at the Salle Pleyel in Paris on February 22, 2019. Image: Thomas SAMSON / AFP

But none of the music he has written for dozens of Hollywood movies from the Harry Potter films to “Girl with a Pearl Earring” comes from such a personal place as his latest work, which will get its French premiere this weekend.

The story of “Silence”, which is adapted from a short story by the Nobel prize-winning Japanese novelist Yasunari Kawabata about a paralysed writer who can no longer write or speak, mirrors that of his wife, the star violinist Solrey, whose concert career was ended by brain surgery.

A child prodigy, Solrey — whose real name is Dominique Lemonnier — lost the power in her left arm after the operation in 2010.

Despite battling for five years to try to perform again, Solrey finally had to give up.

“In spite of all the suffering and her extremely hard work with two fingers, Solrey decided three years ago to put her violin back in its case,” Desplat, 57, told AFP in his hometown Paris.

“However, it will be heard in the show with recorded improvisations,” he said.

The opera, Desplat’s first, was written by the couple together as “an act of resilience”, he said, with Solrey also directing.

“We have always collaborated,” the composer said, “even when she was a violinist, which she still is even if it is only in her soul.”

“She has always been my first ear,” the person who has heard everything first, “our artistic connection and collaboration has always existed,” said Desplat, who the film website IndieWire described as “one of the greatest composers of the 21st century”.

Solrey herself said the opera poses a question that became all too real for her: “How can a creative individual survive being deprived of their means of artistic expression?”

The musician, who has musical credits on more than 80 films herself, mostly alongside her husband, has put her energies into directing and documentary making.

“Adapting and putting this short story on stage has been a huge experience for us, an act of resilience that found an echo in us in the deep wound of my violin being silenced,” she said.

“We have found an artistic form to sum up these years of struggle.”

Solrey has broken with convention in her staging of the opera by putting her 10 musicians on stage with French soprano Camille Poul and the other singers.

This, after all, is a story about musicians and music, she said.

“Alexandre and I have always thought about doing a show together, and this is a subject that is rarely seen, so this was our chance,” she added.

“This in some ways is the essence of our artistic work together over all these years.”

Even so Desplat said the whole idea initially spooked him.

“I never imagined composing an opera, and the whole exercise scared me a bit, seemed fraught with dangers,” he said.

“The big difference with film is that it’s the flow of the narrative that takes the viewer’s attention to the screen.”

However, the strength of Kawabata’s story and its “lightness and irony, which never falls into pathos” despite the tragic subject matter, kept drawing him on, he said. NVG

Once again, a Mexican filmmaker takes Oscars by storm