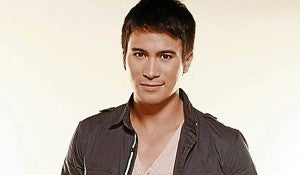 He arrived in New York on a Wednesday. By Thursday, he was done with two auditions. That Saturday, he was on yet another ‘Welcome to New York’ dinner tendered by his friends. Such is the life of Sam Milby.

The singer-actor left the Philippines temporarily to settle in New York and see what opportunities are in store for him in the land of his birth. Born in Ohio, Sam was on a vacation in the Philippines when showbiz there beckoned.

He started with print and some TV commercials. Then his big break happened: Pinoy Big Brother on ABS-CBN. He wasn’t in the original cast, but as his luck would have it, someone had to leave the show and the producers were looking for a replacement. He was one of the last people to the audition. Lady luck smiled at this 20-year-old balikbayan from America.

Then came the eviction. It was between him and fellow cast member Jayson Gainza. The housemate who would be evicted was decided through text votes from fans all over the Philippines. When Sam heard his name called, cutting his short-lived stint in the Big Brother house, he shrugged and thought it was all over. He felt nobody liked him and nobody voted for him, that was why he was evicted.

Little did he know that quite the opposite happened.

“I really thought back then that the fans hated me, that they didn’t want to see me in the show. I couldn’t reconcile what I was feeling that moment with what I was seeing when I went out of the Big Brother house and there were lots of people screaming my name,” Sam recalled during the welcome dinner tendered by his friends.

The rest, as the cliché goes, is history, Sam’s history.  His meteoric rise to fame brought him lead roles in teleseryes, movies, endorsements, concerts and a recording career to boot. He was everywhere.

Somewhere along the way, Sam began entertaining thoughts of making it in Hollywood.

This year, armed with a renewed sense of self-confidence, Sam packed his bags and moved to the Big Apple. He is currently being represented by The Gersh Agency, one of the top agencies in the entertainment industry today.

“I am definitely liking it here. I’m quite excited to see all the auditions I’ll be doing. I am looking forward to the challenges that I’d be facing here. In the Philippines, I only had one audition, PBB. It’s like I am starting all over. It’s going to be a fun journey for me,” he said, looking forward to the next three to four months of his life.

This is the period in the entertainment industry called the “pilot season”. This is when producers cast their new shows, after which they will shoot a pilot episode which will be given to networks. The networks then pick up a show and orders a few episodes, which will then premiere in the fall. If viewers love the show, then the network can order a full season from the producers. If not, then it gets cancelled.

Even with numerous films and teleseryes tucked under his belt, Sam somehow yearned for more.

“It is every actor’s dream is to make it big in Hollywood. At first, I didn’t entertain the thought because I knew it was hard, it was like finding a needle in the haystack. Then the opportunity presented itself,” he shared.

The opportunity that Sam is talking about happened during the New York leg of the Star Magic tour in 2010. Ritz Brinas, the concert producer and her husband Mario had friends who were network executives who watched the show at Lincoln Center, and were impressed by Sam. Again, as luck would have it, they were looking for Asian actors who spoke English fluently. Sam was eventually invited for a meeting, a couple of interviews and audition.

“We are happy and proud to help Sam. The opportunity to bring Filipino talent to the world’s stage is something you cannot just disregard,” Ms. Brinas said. “Sam is ready to tackle Hollywood because of his passion to succeed. It is his natural progression from his growth in the Philippines.”

The timing was perfect, although Sam had to say no to some projects that his mother network had lined up for him.

In between the hefty meal and the sumptuous desserts, Sam opened his heart and shared his thoughts on this recent move, including his fears.

“Like most people, I do have fears. I gave up a soap and a movie for the opportunity to be here. It has been a long time since I had a teleserye and I was looking forward to doing my next one but then, I chose to be here,” he said.

Sam was supposed to be a part of the teleserye Alta, starring Gretchen Barretto, KC Concepcion and Luis Manzano and in a still-untitled Star Cinema film with Bea Alonzo.

With his feet firmly planted on the ground and slowly but surely believing in himself more, Sam has found ways to allay these fears.

For that, he has his family and friends to thank.

Friends from Chicago, San Francisco and Los Angeles flew in for the welcome dinner prepared specially for him. Most of them began as supporters who followed Sam in his concert tours here in the U.S. years ago. They have formed a solid bond among each other that they already consider each other as family.

“Sam is one of the nicest actors in Philippine entertainment. He is kind, generous and humble. At times you forget he is a big movie star from the Philippines but he does not act like that at all. He works very hard and is eager to learn,” Ritz explained. “Being here in New York is quite exciting and different for Sam but like he said in his other interviews, if he doesn’t nail a tv series this season, he is still thankful for the opportunity. And if he does, no one deserves it more than Sam Milby.”

“I am very thankful. Grabe talaga yung support nila. I totally feel the love. They definitely made this transition easier,” Sam said.

For now, it is all about the auditions. According to Ritz, he’s had 8 auditions to date with CW, ABC and HBO, majority are for lead roles. “Feedbacks are positive so hopefully he’ll get a follow-up. But there are a lot more auditions in the next few weeks,” she quipped.

Sam thinks he has figured this new chapter in his life. Whatever happens, he believes, will make him stronger than he is now.

“Even if I don’t get a project in the three and a half months that I will be staying here, I know I will be a better person because of this experience. I also know that I will come back to try again, kung walang mangyari this year,” he said.

Such is the drive of this young man who practically became an overnight sensation in his mother’s homeland. Everything was handed to him on a silver platter.

“Before PBB, I wasn’t an actor, I wasn’t a singer. Then it all happened so fast. I never really believed in myself before. I know it’s hard to believe but that’s the truth,” he said, smiling at the fact that we were in almost disbelief.

Indeed, it is hard to imagine someone like Sam Milby having bouts with his own insecurities. Maybe he should give himself more credit because as an actor, he appears bursting with the right amount of self-confidence every time.

It could be that the years he spent in Philippine showbusiness taught him lessons on believing in himself more than anything else, something that wasn’t taught even in the finest schools.

“The first couple of years are totally a blur, complete blur. They made me so busy that I was averaging an hour of sleep a night. I barely slept at all. I was on auto-pilot, almost on a zombie-mode. It was too much at that time. I can’t complain though because I got a lot of blessings there,” Sam shared.

Asked what advice he would give his younger self knowing what he know now, Sam quipped, “Learn tagalog, and believe in yourself more.”

So I asked him back, ‘When did you start to believe in yourself more?’ and with a smile, Sam responded, ‘When that happens, I will let you know.’

That is the Sam Milby in a nutshell: audacious and a bit daring, with just enough bravado and chutzpah to make it big in this industry.