Oscar viewership up for first time in five years 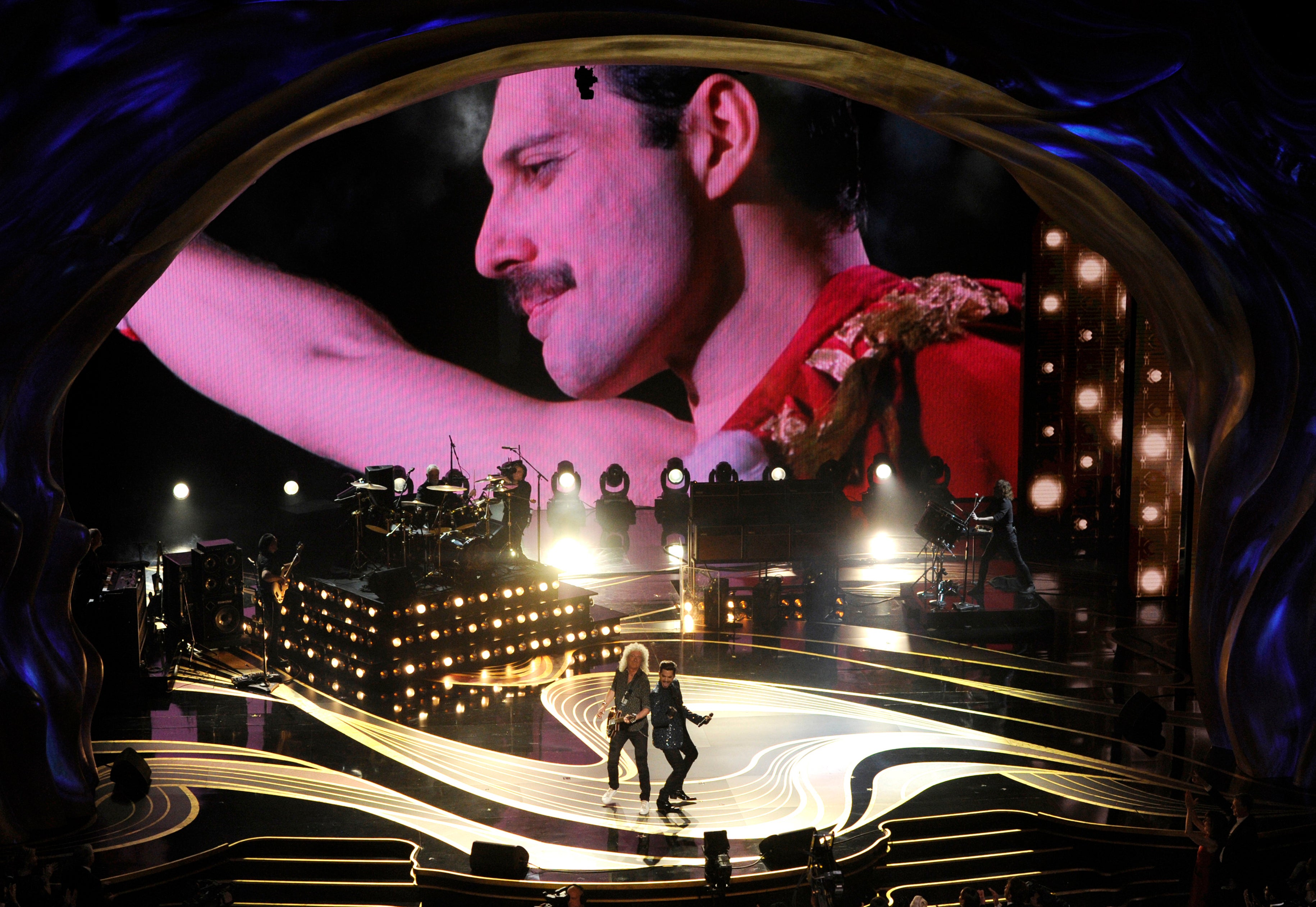 An image of Freddie Mercury appears on screen as Brian May, left, and Adam Lambert of Queen perform at the Oscars on Sunday, Feb. 24, 2019, at the Dolby Theatre in Los Angeles. AP

The increase is welcome news for organizers who stumbled through a series of headline-grabbing missteps in the run-up to the show, including backtracking on a best popular film category and pulling the plug on a host for the first time in three decades.

The hostless and shortened format appears to have pleased viewers, with the 200-minute show broadcast by ABC the most-watched entertainment telecast in two years, ABC said in a statement.

Apart from a shortened broadcast and a change in format, entertainment experts attribute the rise in viewership this year to the presence of blockbusters and performances by the iconic band Queen and Lady Gaga. /cbb