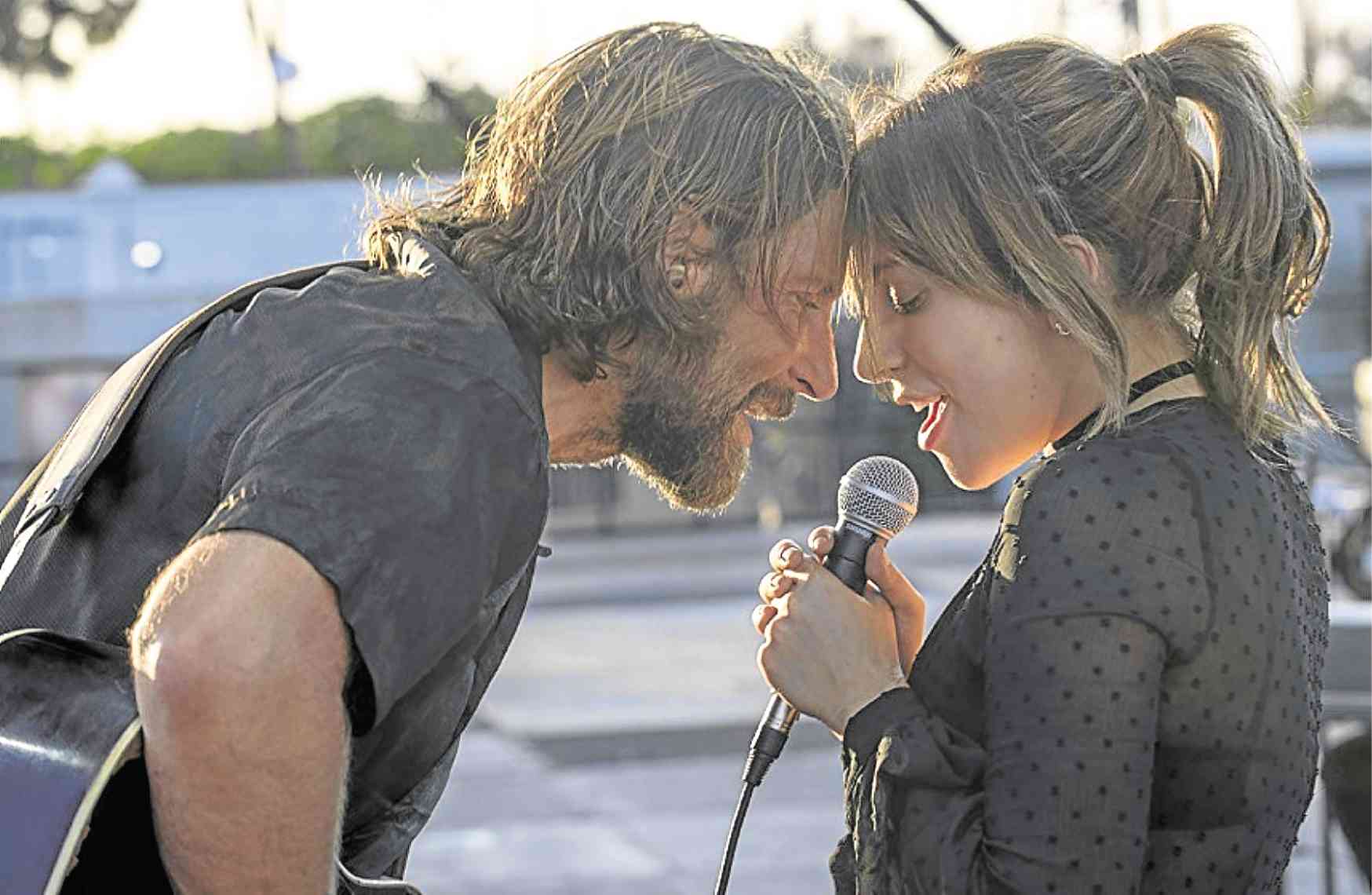 LOS ANGELES—Bradley Cooper will sing “Shallow” with Lady Gaga as himself, not as his Jackson Maine character in “A Star Is Born.” Queen, whose biopic “Bohemian Rhapsody” competes in the best picture race, will perform with its current frontman, Adam Lambert.

Those two numbers are among the most anticipated moments in the 91st Oscars this Sunday (Monday morning, Manila time).

Just what is meant by Bradley singing as himself? “He (Jackson Maine) is gone. I’m not going to try to get him back, but it will be me singing,” the actor-director told Stephen Colbert when he guested on “The Late Show.”

Apparently, it took Bradley six months of sessions with an expert dialect coach for him to sing and speak in that deep, gravelly voice, inspired by costar Sam Elliott’s. So do not expect to hear Bradley sing in that very low, guttural voice when he duets with Lady Gaga on “Shallow,” which is expected to win the best original song prize.

It will only be the second time that Bradley and Lady Gaga, both acting nominees, will sing “Shallow.” The first time was when he joined her onstage in her ongoing Las Vegas residency show. 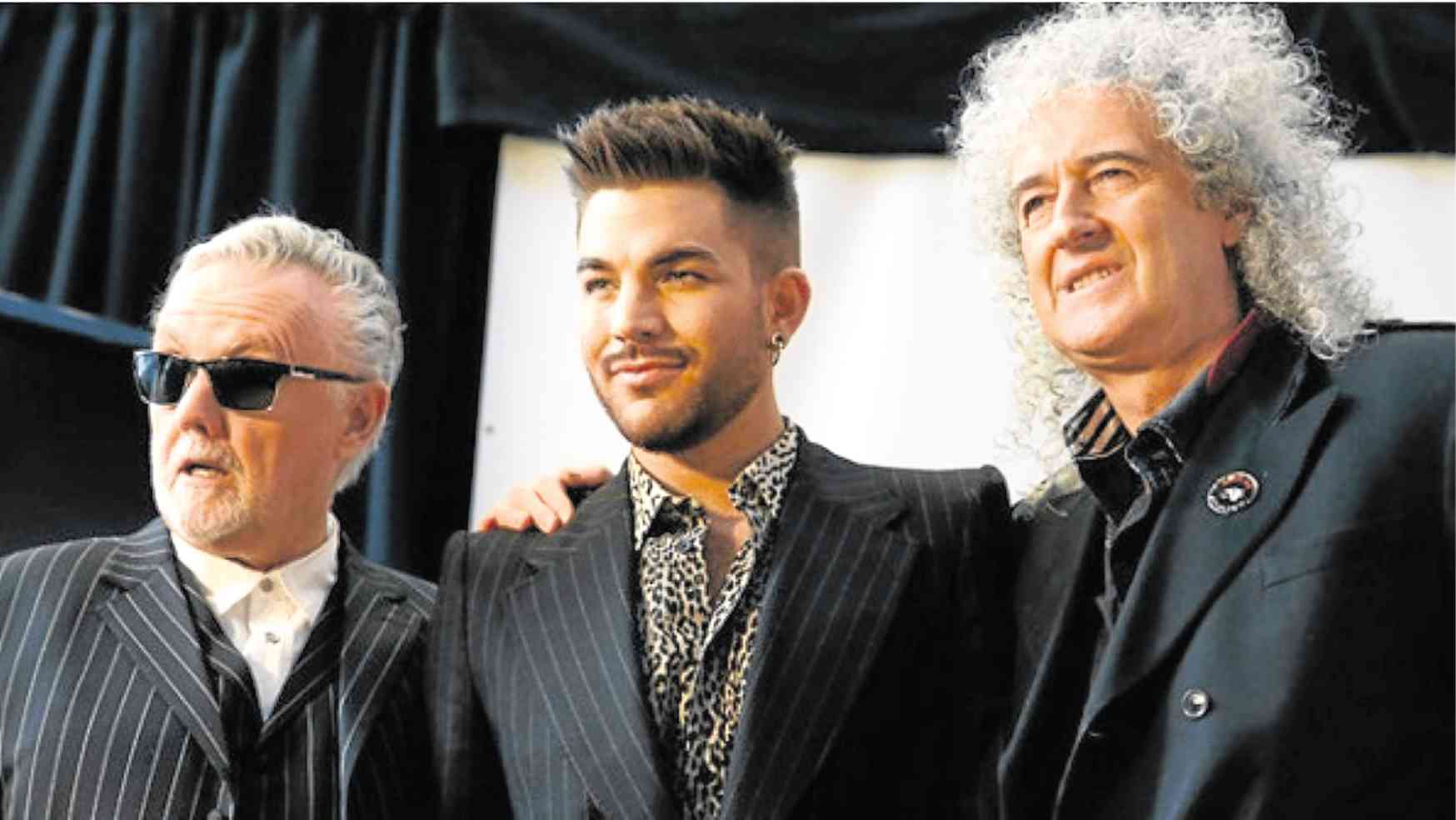 Queen, from left: Roger Taylor, Adam Lambert and Brian May

The honor of opening the show will go to the late Freddie Mercury’s band, now officially known as Queen + Adam Lambert. Fans hope that the band will perform a medley of Queen’s iconic hits.

Count on Jennifer Hudson to also electrify the star-studded audience inside the Kodak Theatre and viewers around the world with “I’ll Fight,” the inspiring ballad by Diane Warren (who has never won despite nine previous best song nods). The song is from “RBG,” the documentary on Supreme Court Justice Ruth Bader Ginsburg. 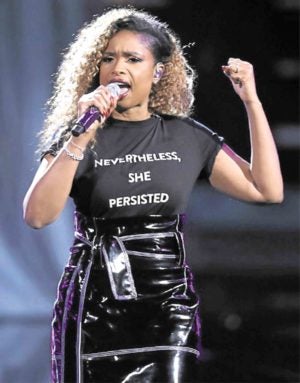 We would have loved to hear Emily Blunt herself perform “The Place Where Lost Things Go,” the nominated song she sings in “Mary Poppins Returns.” Instead, The Divine Miss M—Bette Midler—gets the honor, and that’s not a bad thing at all.

Rounding up the musical performers are Gillian Welch and David Rawlings, who will perform “When a Cowboy Trades His Spurs for Wings,” originally sung by Tim Blake Nelson in the Coen Brothers’ “The Ballad of Buster Scruggs.”

As we write this, there is no word on whether Kendrick Lamar will perform “All the Stars,” his nominated tune from the blockbuster hit, “Black Panther.”

This year, the Academy will try something different. According to show producer Donna Gigliotti and coproducer and director Glenn Weiss, they will tap talents from various walks of life to introduce the eight best picture nominees.

“Movies connect us all,” said Gigliotti and Weiss in a statement. “They move us, and they create moments and memories that unite us. We are thrilled to assemble this well-known array of film lovers to introduce and share their reflections on the best picture-nominated movies.”

“We are excited to welcome these amazing artists and filmmakers to the show,” said Gigliotti and Weiss. “They bring excitement, momentum and elements of surprise to this year’s Oscars.”