Catriona opens up on breakup with Clint | Inquirer Entertainment

Catriona Gray opens up on breakup with Clint Bondad 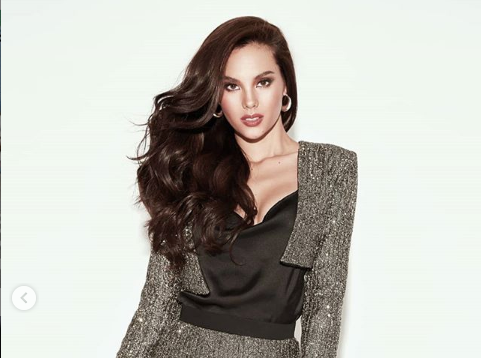 She confirmed she was now single when asked on how she balances her love life despite being Miss Universe. This she revealed in an episode of ABS-CBN’s Kapamilya confessions.

Gray explained in a “Tonight with Boy Abunda” interview Friday night that she and Bondad already had problems before the pageant happened. “We weren’t on speaking terms so much,” she said.

Despite this, Bondad still decided to watch Gray as she bagged the title during the beauty competition in Bangkok last Dec.  17. “It was really hard going through the competition with that all happening at the same time,” Gray said. “But I have to remind myself that this is a once-in-a-lifetime opportunity.”

When asked why they split, Gray said that both she and Bondad “outgrew” each other during their six years as a couple.

The beauty queen also shared that what she learned in their relationship was “the need to communicate.”

If she had her way, Gray said she wants to remain single throughout her reign. She wants to take the opportunity to establish her own identity and grow during her time as Miss Universe

“I’ve never really had the chance… Because being in a six-year relationship from the age of 18, I’ve never been a young adult, especially a growing young Christian din (too), in that season of singleness,” Gray said. “And I think it’s really important as an individual because you need to know what you want, who you are to be establishing your identity as your own person.”

Abunda then assured Gray that she would know the right time to fall in love again. She agreed with him, adding, “And I don’t feel ready at all (yet).”

Gray’s interview with Abunda may be viewed below.  Katrina Hallare /ra