Why the former ‘StarStruck’ winner has decided to leave his ‘buhay-binata’ behind
By: Allan Policarpio - Reporter
Philippine Daily Inquirer / 12:06 AM February 18, 2019 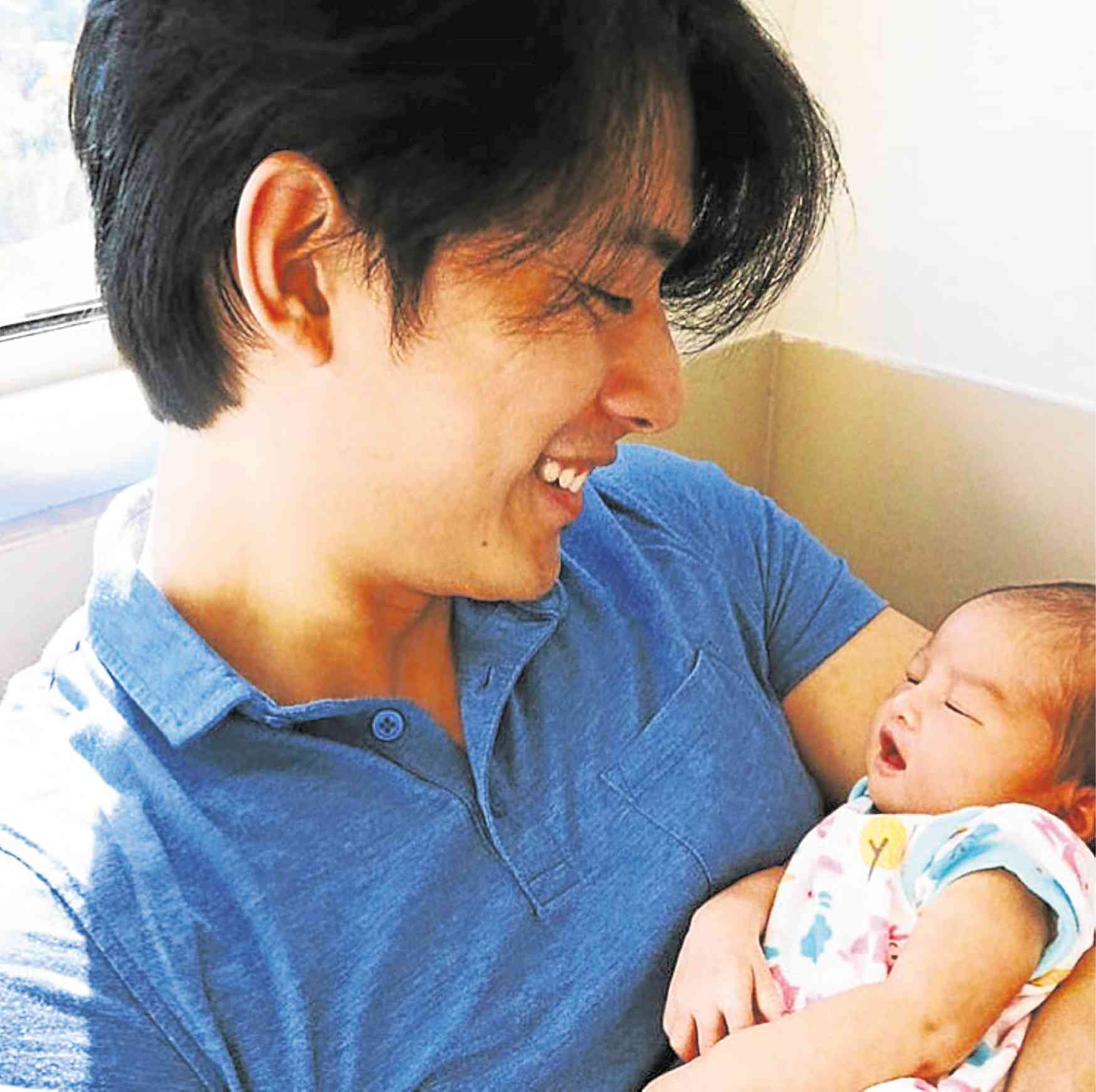 If there was one good thing about working long, unpredictable hours during tapings, Mike Tan said, it’s that it unwittingly prepared him for all the sleepless nights that come with being a parent to a newborn baby.

Mike and his nonshow biz wife welcomed their firstborn, a baby girl, last November. “I have no issues staying awake in the wee hours of the night, because I’m already used to it,” he told the Inquirer at a recent press conference for GMA 7’s new fantasy series, “Kara Mia.”

The Kapuso talent described himself as a “very hands-on father,” who enjoys tending to his baby. “I feed her, change her diapers and put her to sleep,” he said. “I try to do it as much as I could, even if I’m already tired from work.”

Mike couldn’t put into words what he felt exactly when his wife gave birth. But when he finally held the baby, happiness and a sense of responsibility washed over him. He really is a father now, he thought.

“I immediately felt that I had an obligation to my daughter,” he said. “I watched the nurses closely and took note of how they handled the baby, how they made her stop crying. I wanted to learn how to do those things, especially because my wife couldn’t move much after the delivery.”

Being a father has also changed his perspective in life—particularly his spending habits. Everything he does now, Mike said, is for the future of his family.

“A lot of things have changed—’di na buhay-binata. Back then, If I see something I want, I would buy it without a second thought… But now that I have a family, I’m always thinking about my loved ones’ welfare,” related Mike, who married his girlfriend of 12 years in January 2018.

“Now, when there’s something I like, I always ask myself, ‘Do I really need this?’” Mike added. “If yes, I ask again, ‘Can this wait?’ If not, I just forget about it all together.”

In “Kara Mia,” which airs weeknights starting Feb. 18, Mike plays Iswal, an engkanto who insists that he’s the true father of the titular twins played by Barbie Forteza and Mika dela Cruz.

“Iswal is immortal and has long been fascinated with humans. Iswal had fallen in love with them a few times in the past, but not as obsessively as he is with Aya (Carmina Villaroel), whom he eventually takes advantage of,” he said, adding that it was refreshing to do a fantasy series, after doing “Hindi Ko Kayang Iwan Ka,” a heavy drama.

“But I always give my 100 percent whether I’m doing fantasy or drama,” stressed the 32-year-old “StarStruck” Season 2 winner, who has to sit for at least an hour and a half in the makeup chair for his look. “I hope to play dark characters in the future,” he mused.

Because Iswal is a supernatural being, he has always been an outcast in the human world. Is this aspect of his character something he can relate to?

“In a certain way, yes. My career has gone through many ups and downs. There was a time when I felt that no one gave me a second look; no one really knew me or applauded me; no reporters were interested enough to interview me. And I don’t what to feel that again,” he related.

“So, I invested in my craft and worked on improving myself,” Mike added. “Now I can say that I know myself better.”