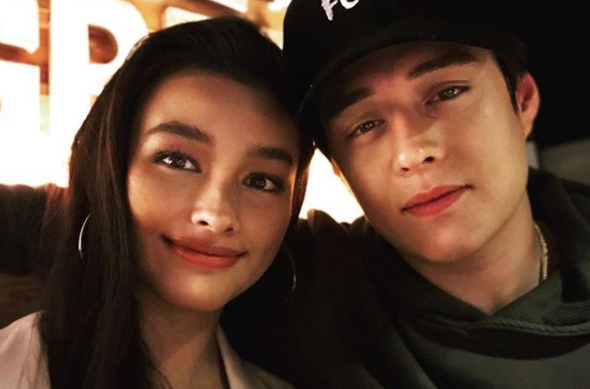 Although Enrique Gil and Liza Soberano’s relationship is now in the open, he admitted that at first he feared she would reject him.

The 26-year-old actor and one-half of the LizQuen love team made this admission to talk show host Boy Abunda in a “Tonight with Boy Abunda” interview aired Monday night, Feb. 11.

Previously, Gil and Soberano finally admitted in a “Gandang Gabi Vice” guesting on Sunday, Feb. 10, that they have been dating for two years now.

READ: LizQuen reveals being in a relationship for 2 years

Abunda first asked if Gil thought that Soberano might reject him, since the talk show host identified the actor as shy and insecure. “Of course, I did,” he said. “But I really showed her who I was.”

“I’m just a fun guy, nagpapatawa lagi,” Gil added on how he tried to woo the actress. “I just wanted to show her that it’s okay to spill ice cream on your shirt. It’s okay to go out in the rain at times; you have fun.”

Now that he is lucky to be in love, he was then asked by Abunda what love means. “Unexplainable,” he answered. “If I can really explain what love is, you just can’t explain it.

And when Abunda told Gil to complete the sentence “Liza is…,” Gil replied, “She’s my life right now.”

Gil and Soberano will star in the upcoming Antoinette Jadaone-directed film “Alone/Together,” which is coming to theaters on Wednesday, Feb. 13.  Katrina Hallare /ra