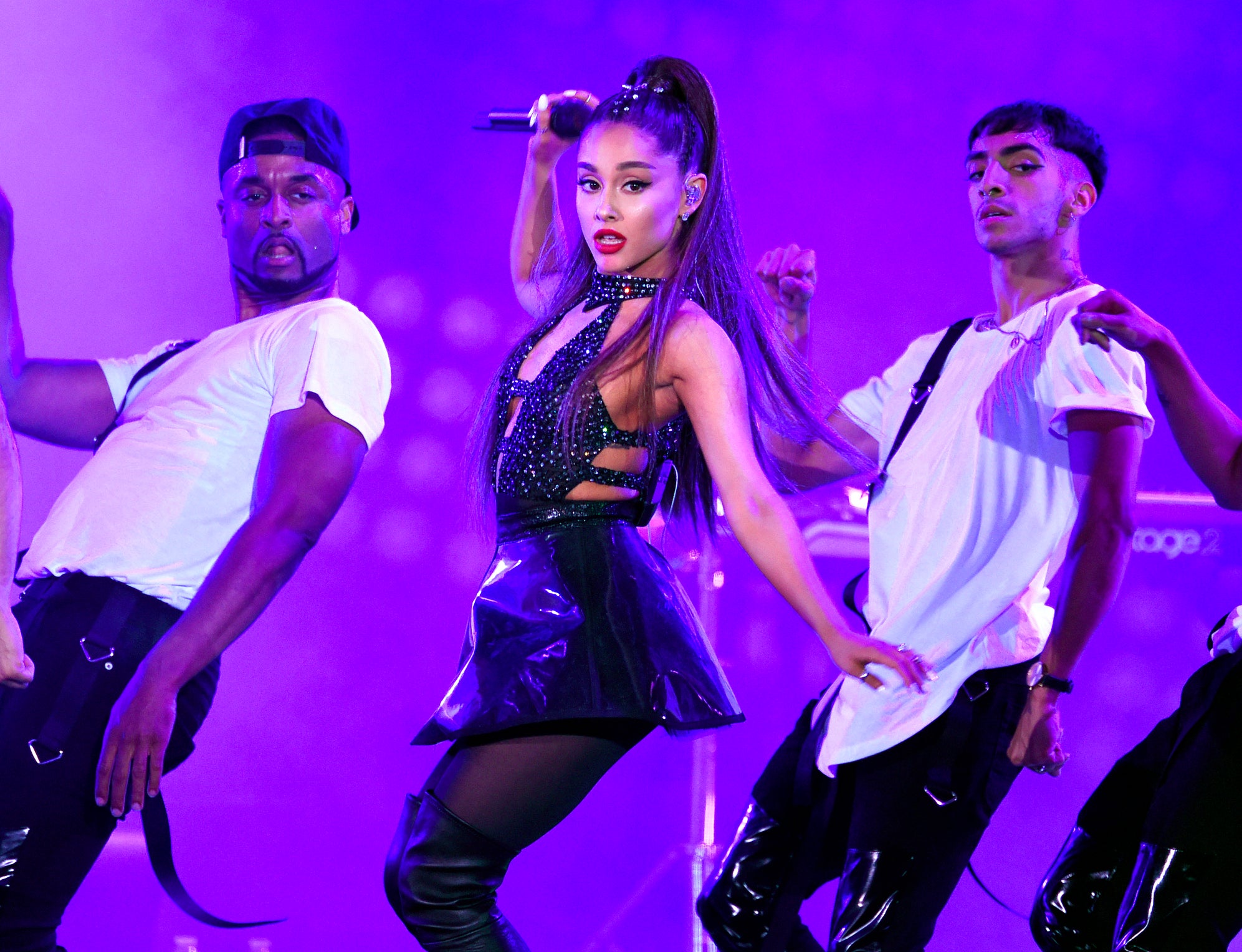 In this June 2, 2018 file photo, Ariana Grande, center, performs at Wango Tango in Los Angeles. Grande won her first Grammy Award on Sunday, Feb. 10, but the singer didn’t collect it after she decided to skip the ceremony following a public dispute with the show’s producer.  AP

LOS ANGELES, United States — Ariana Grande won her first Grammy Award on Sunday, but the singer didn’t collect it after deciding to skip the ceremony following a public dispute with the show’s producer.

Grande won the best pop vocal album trophy for “Sweetener,” beating Taylor Swift, Kelly Clarkson, Pink, Shawn Mendes and Camila Cabello. Grande was not in attendance at the pre-telecast ceremony, but she wrote on Twitter that her win was “wild and beautiful.”

“I know I’m not there tonight,” she tweeted. “Trust, I tried and still truly wished it had worked.”

Grande accused Grammy telecast executive producer Ken Ehrlich of lying about discussions with the superstar singer about performing at Sunday’s ceremony. Ehrlich told The Associated Press on Thursday that Grande had told producers that she didn’t have adequate time to prepare.

“As it turned out, when we finally got the point where we thought maybe it would work, she felt it was too late for her to pull something together for sure,” he said in an interview.

But Grande fired back in a social media post that she “can pull together a performance over night and you know that, Ken.” She alleged her “creativity” and “self-expression” was “stifled,” adding, “I hope the show is exactly what you want it to be and more.”

Grande has been featured on billboards promoting the show, airing live on CBS from the Staples Center in Los Angeles. Her song “God Is a Woman” was nominated for best pop solo performance, but she lost to Lady Gaga, who won for “Joanne (Where Do You Think You’re Goin’?)”

Grande released her new album, “Thank U, Next” on Friday. /cbb